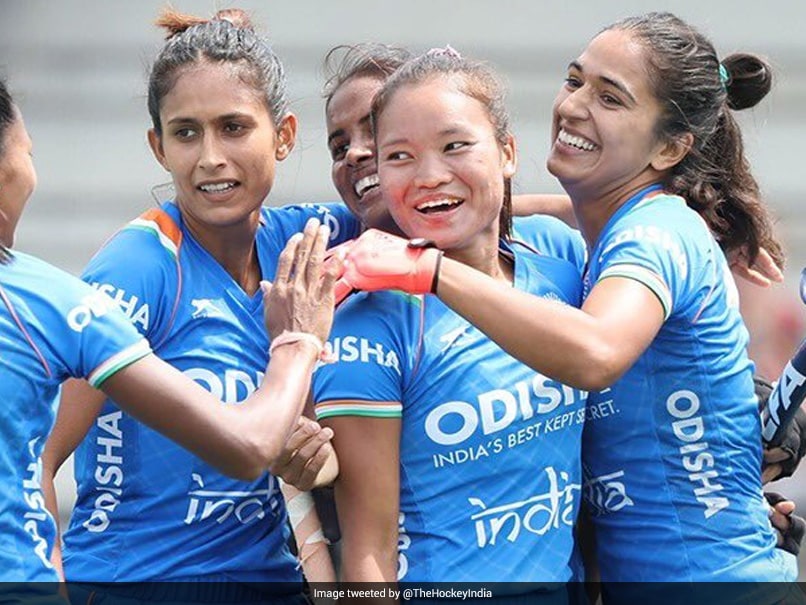 With the World Cup just over 10 days away, the Indian women’s hockey team would look to utilise its last FIH Pro League double-header tie against lowly USA, starting in Rotterdam on Tuesday, to address its weak areas ahead of the marquee event to be co-hosted by the Netherlands and Spain. The Indian women produced a remarkable performance in their debut FIH Pro League season, occupying the third spot in the standings with 24 points from 14 games behind Netherlands (32 points from 14 matches) and Argentina, who have already clinched the title with 42 points from 16 games.

Belgium are close on the heels of India with 22 points from 14 matches and the Savita Punia-led Indian side would be eyeing to sign off the campaign with wins over the Americans to finish a creditable third.

The second match of the double-header will be played on Wednesday.

In their last Pro League tie, India registered a 2-1 shoot-out win (2-2 in regulation time) and a narrow 2-3 loss to Olympic silver medallist team Argentina over the past weekend.

The two matches against the USA will provide the Indians a perfect platform to measure their strength ahead of the World Cup beginning on July 1.

“For us, the most important thing is that we could execute our plans and put up an improved performance over the weekend against Argentina. However, we could have done better, but I feel these matches are a confidence booster for us ahead of the World Cup,” India captain Savita said.

“There is still room for improvement for us and we look forward to plugging the loopholes in the matches against the USA. We’ve gained good momentum and hopefully, we will finish our debut Pro League campaign with good results,” she added.

With the World Cup just around the corner, Savita said the team is shaping up really well for the quadrennial tournament.

“We are glad that we have got a good opportunity of playing in Europe just a few days ahead of the World Cup, so the build-up towards the big event has been really great. The team is shaping up really well for the World Cup.”

India vice-captain Deep Grace Ekka said the team is confident of outclassing USA, who lies at the bottom of the FIH Pro League standings with just five points from 12 games.

“The matches were really tough against Argentina, but we are glad that we stuck to the plans and did really well against a strong team. We are looking forward to the last set of matches of our memorable Pro League campaign. We are confident of getting positive results against the USA,” she said.

In the World Cup, the Indian women’s hockey team is placed in Pool B along with England, China and New Zealand. India will kick off their campaign against England on July 3 in Amstelveen, Netherlands.