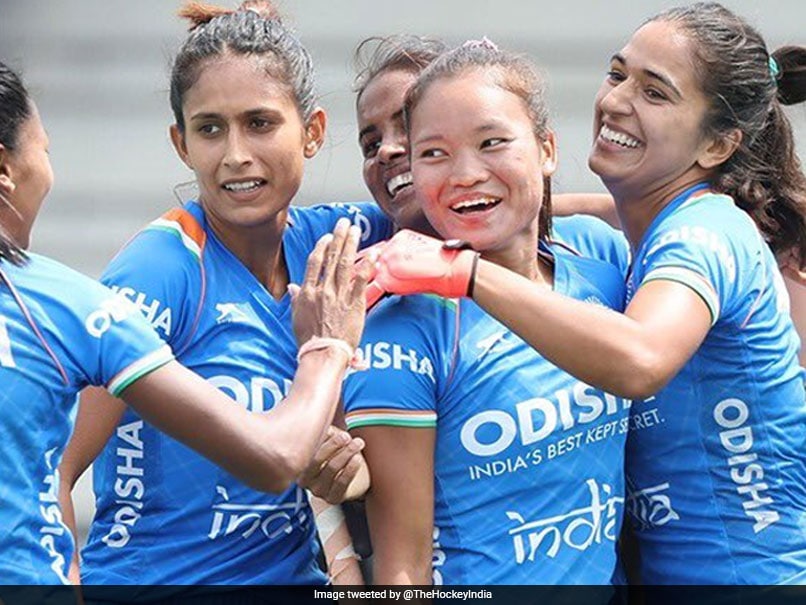 Gurjit Kaur scored a brace as the Indian women’s hockey team dished out a spirited performance to stun Olympic silver medallist Argentina 2-1 in the shoot-out after a 3-3 stalemate in regulation time in the first match of the double-leg FIH Pro League tie in Rotterdam on Saturday. Gurjit’s (37th, 61st minutes) two penalty corner conversions and Lalremsiami’s (4th) field strike cancelled out Agustina Gorzelany’s (22, 37th, 45th) hat-trick to take the match into the shoot-out.

In the shoot-out, Neha Goyal and Sonika scored for India, while Victoria Granatto was the lone scorer for reigning Pro League champions Argentina as the Savita Punia-led side registered a famous win and avenged their 1-2 defeat against the same opponents in the Tokyo Olympic semifinals.

The Indians started strongly in the match, dominating the early exchanges.

India put pressure on the Argentina defence early on and secured a penalty corner in the third minute but Monika’s flick was saved by the opposition goalkeeper Belen Succi.

A minute later, India surged ahead through a brilliant field goal by Lalremsiami.

It was Deep Grace Ekka who created the chance with her defence splitting pass from outside the circle and Lalremsiami dodged her marker to get a brilliant touch which completely foxed the Argentine goalie.

Stunned by the goal, the Argentines came out out attacking and secured two penalty corners in succession soon but the Indian defence stood firm.

Seconds before the end of first quarter, Sharmila Devi’s effort from close range from a Navneet Kaur pass was kept out by Succi. The Indians started on the same note in the second quarter but Argentina slowly and steadily got their acts together.

Six minutes into the second quarter, Argentina earned two quick penalty corners and Agustina Gorzelany scored after her flick went in after getting of deflection of Sushila Chanu’s stick.

Argentina secured another penalty corner soon but Chanu made a goalline save to deny Valentina Costa.

Seconds from half-time, India too got a penalty corner but wasted the opportunity.

It was end-to-end hockey from both the sides but Argentina surged ahead this time when Gorzelany scored from a penalty stroke in the 37th minute.

The Argentines continued to press hard and won two more penalty corners in the third quarter but the Indians defended stoutly.

Argentina secured their eighth penalty corner in the 45th minute and Gorzelany was bang on target to register her hat-trick and hand her side the lead again.

The Indians, however, did not give up and fought tooth and nail. Gurjit again came to her side’s rescue with a brilliant penalty corner execution in the 51st minute to level the scores 3-3.

Thereafter, both the sides tried hard to score the winner but the defensive units stood tall to take the match to shoot-out.

India and Argentina will again play against each other in the second match of the tie in Rotterdam on Sunday.