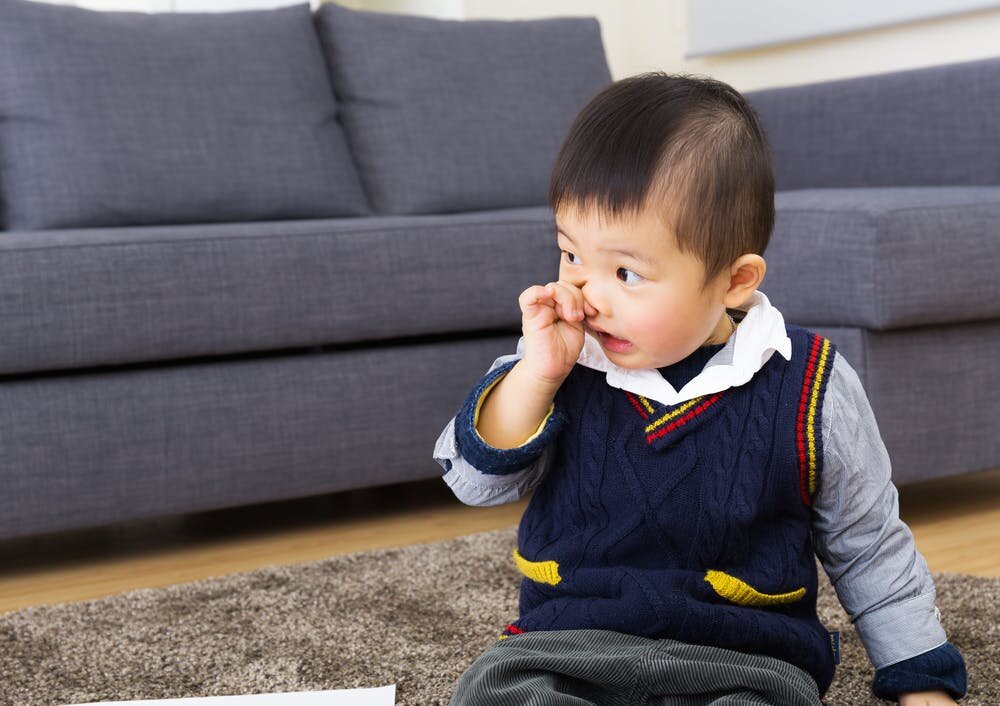 Come on, you know you do it.

Whether you’re in the trusted company of your spouse, or sneaking a quick one when you think nobody’s looking, we all pick our noses. Other primates do it too.

The social stigma around nose picking is widespread. But should we really be doing it—and what should we do with our boogers?

We’re scientists who have researched the environmental contaminants—in our homes, our workplaces, our gardens—so we’ve have some insight on what you’re really jamming up there when your finger is slotted satisfyingly into your sniffer.

Here’s what you need to know before you pick and flick.

What is in a booger?

Nose picking is an entirely natural habit—children who have not yet learned social norms realize very early on that the fit between their forefinger and a nostril is pretty good. But there’s lot more than just snot up there.

During the ~22,000 breath cycles per day, the booger-forming mucus up there forms a critical biological filter to capture dust and allergens before they penetrate our airways, where they may cause inflammation, asthma, and other long-term pulmonary issues.

Nasal mucus and its antibodies and enzymes are the body’s front line immune defense system against infections.

The nasal cavity also has its own microbiome. Sometimes these natural populations can be disturbed, leading to various conditions such as rhinitis. But in general, our nose microbes help repel invaders, fighting them on a mucus battlefield.

The dust, microbes and allergens captured in your mucus eventually get ingested as that mucus drips down your throat.

This is typically not an issue, but it can exacerbate environmental exposure to some contaminants.

For instance, lead—a neurotoxin prevalent in house dust and garden soils—enters children’s bodies most efficiently through ingestion and digestion.

So, you may worsen particular environmental toxic exposures if you sniff or eat boogers up instead of blowing them out.

What does the science say about the risks of booger-mining?

Golden Staph (Staphylococcus aureus, sometimes shortened to S. aureus) is a germ that can cause a variety of mild to severe infections. Studies show it is often found in the nose (this is called nasal carriage).

Nose picking may also be associated with an increased risk of Golden Staph transmission to wounds, where it poses a more serious risk.

Nose picking could also be a vehicle for transmission of Streptococcus pneumoniae, a common cause of pneumonia among other infections.

In other words, sticking a digit in your nose is a great way to jam germs further into your body, or spread them around your environment with your snotty finger.

There’s also the risk of gouging and abrasions inside the nostrils, which can allow pathogenic bacteria to invade your body. Compulsive nose picking to the point of self-harm is called rhinotillexomania.

Well, I picked. Now what?

Others wipe them on the nearest item, a little gift to be discovered later by someone else. Gross, and a great way to spread germs.

Some more hygienic people use a tissue for retrieval, and dispose of it in a bin or toilet afterwards.

That’s probably among the least worst options, if you really must pick your nose. Just make sure you wash your hands extra carefully after blowing or digging in your nose, given that until mucus has completely dried, infectious viruses can remain on the hands and fingers.

No advice in the world will keep you from digging away

In secret, in the car or on napkins, we all do it. And truth be told, it is so very satisfying.

Your snoz is working overtime to keep you healthy, so don’t make it any harder for it by jamming your grubby fingers up there. Don’t be a grub—blow discreetly, dispose of the tissue thoughtfully and wash hands afterwards.

Provided by
The Conversation


This article is republished from The Conversation under a Creative Commons license. Read the original article.

Citation:
When you pick your nose, you’re jamming germs and contaminants up there too (2022, July 13)
retrieved 13 July 2022
from https://medicalxpress.com/news/2022-07-nose-youre-germs-contaminants.html