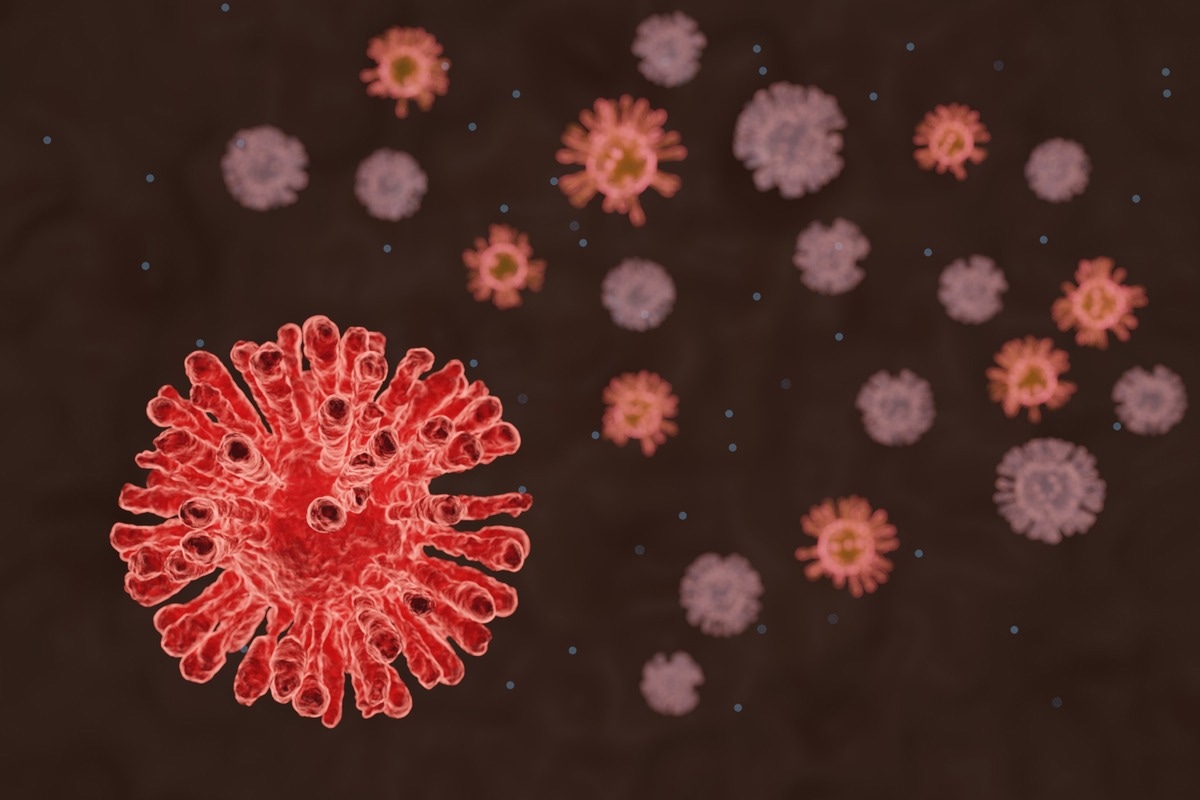 The coronavirus disease 2019 (COVID-19) pandemic, caused by the severe acute respiratory syndrome coronavirus 2 (SARS-CoV-2), is known to cause many clinical manifestations. The protection conferred by prior infection or vaccination against infection over the long term is poorly understood.

A new paper in Immunological Reviews describes the immunologic parameters associated with protection from COVID-19.

Humoral immunity is associated with durable protection against infections due to the neutralization of the infectious agent by antibodies. These neutralizing antibodies (nAbs) are secreted by long-lived plasma cells (LLPCs). While durable protection was the norm with the earlier pandemic virus, H1N1 influenza, antibody protection against COVID-19 following a bout of infection with SARS-CoV-2 is short-lived, leading to reinfections.

Some ASCs undergo further maturation in the germinal center (GC) of the lymph node to become high-affinity ASCs, or else memory B cells (MBCs), and end up as LLPCs.  This second phase is GD-dependent, and leads to the appearance of high-affinity, class-switched, pathogen-specific durable IgG and IgA.

ASCs typically make up less than a hundredth part of B cells in circulation, which increases to up to a tenth in acute viral infections. For a few viruses, notably the dengue and Hantavirus pathogens, ASCs may comprise up to 80% of all B cells.

Over time, ASCs rapidly die off but MBCs in certain long-lived tissue sites, especially the bone marrow (BM), continue to differentiate into ASCs and then into tissue-resident LLPCs, under the influence of locally active transcriptional and epigenetic factors. Both of these cell types produce memory antibodies for a much longer time.

LLPCs are very rare and have a different phenotype from other ASCs. Not only do they live for much longer than the early ASCs, but they are extremely energy-efficient, resist apoptosis and thus continue to produce specific antibodies to the cognate antigen lifelong.

Early peak and decline of ASCs

After the first SARS-CoV-2 infection, early ASCs respond within a couple of months, though there is wide inter-individual variation in antibody titer.

In seropositive patients, nAb titers correlate with total and anti-RBD antibody titers, both of which peak by 3-5 weeks and decline to half by 8-13 weeks. IgGs to the spike and RBD correlate with nAbs, peak within months and decay slowly over a year.

With severe and critical infection, GC function is impaired, and large early ASC responses predominate, linked to the extrafollicular (EF) B cell response. These can give rise to multiple highly specific nAbs. GC B cell responses have also been demonstrated in both mild and severe infection.

Antibodies decrease by 5-10-fold at 5 months, though they remain detectable at low levels for up to 12-20 months. However, IgM and IgA decline much faster than IgG. Antibodies to the SARS-CoV-2 nucleocapsid (N) antigen decay faster than those against the spike (S) or receptor binding domain (RBD). The former may be undetectable by about a year from infection, while spike IgG remains detectable.

Some patients never do seroconvert, apparently, ranging from 5-33%.

After vaccination, too, an early IgM, IgA and IgG response sets in, and GCs are active for months. The ASC response is more muted, however, compared to natural infection, probably because the vaccines contain only 5 epitopes. Vaccine-induced nAbs are considered a marker of vaccine efficacy.

Vaccine-induced antibodies also peak early but B cells enter apoptosis rapidly within a week. The wane in nAb titers is obvious at 3-10 weeks, and is more pronounced in immunosuppressed or very elderly patients. Yet, nAbs are still present at up to 8 months after vaccination.

Vaccine breakthroughs occur with new variants, with mutations in the spike and other antigenic epitopes, and also perhaps because mucosal immunity is absent. However, disease severity in vaccinated individuals is typically lower. Vaccination confers 90-100% protection against hospitalization and severe infections, and the risk of long Covid is also much less. T cells primed against the spike antigen by the vaccine may contribute to this protection, of course.

A third booster dose of vaccine raises vaccine efficacy and accelerates viral clearance, with cross-variant nAb titers rising by 4- to 73-fold. Hybrid immunity, following a combination of both natural infection and vaccination, offers the greatest and broadest protection. Despite the fact that the booster vaccine doses contain wildtype rather than variant S, they increase nAb levels and expand the range of antibodies.

What about MBCs in COVID-19?

MBCs continue to mature after the virus is cleared from the body, producing unique high-affinity clones and memory antibodies. However, mild and severe illness seems to induce maturation along different pathways.

B cell repertoires in mild illness show large diversity and abundant mutations, consistent with GC activation. The persistence of viral antigens may drive such evolution over the year after initial infection. However, in severe illness the B cells stem from unmutated ASC/MBC clones, originating from EF cells.

With vaccination, too, the primary MBC response is strong and is further increased by the booster dose, leading to the production of cross-variant nAbs. However, vaccine-elicited MBCs do not show much evolution, though they remain stable in frequency for up to 9 months post-vaccination.

Antibody protection seems to last for less than a year, necessitating booster doses at 6 months from the primary course. Both naturally- and vaccine-induced immunity did not seem to protect against new variants of the virus, leading to repeated infections and breakthrough infection.

Do LLPCs Occur in COVID-19?

High-affinity “memory” nAbs in the serum are the effector molecules of long-term protection.”

The generation of actual LLPCs in COVID-19 infection or vaccination, to provide such protection against reinfection is still an open question.

The rapid decline in antibody titers within 4-6 months of the last vaccine dose, seems to rule out the generation of LLPCs. Though bone marrow ASCs have been identified by earlier researchers, they have not been confirmed to be LLPCs.

Short-lived vaccines are usually based on viral antigens, like most COVID-19 vaccines, compared to long-lived vaccines that often contain the whole live attenuated virus.

Can long-lived COVID-19 protection be predicted?

There is a hypothetical possibility that the infection elicits a rapid cross-reactive pre-existing antibody response to the endemic season human coronaviruses. This could lead to an immunological imprinting response, where the EF response, though non-neutralizing and poorly protective, dominates over the highly specific and neutralizing GC response, with the potential for antibody-dependent enhancement (ADE) of disease. However, studies in this area are very limited.

The dominant EF response pathway of antibody production in COVID-19 could account for autoimmune disease (AID) following resolution of the infection. Multiple studies have confirmed a rapid large ASC expansion, also seen in dengue. However, further analysis of the B cell response in severe COVID-19 showed a high degree of similarity to the B cell activation pattern in chronic AID.

The antibodies produced by these cells also showed reduced peripheral tolerance, with an inherent capability to target self-antigens. Their expression of the IGHV4-34 domain in the B cell receptor genes is unusual, since in health such clones are weeded out or transformed by somatic hypermutations (SHM).

Low peripheral tolerance with very low SHM frequencies indicate that “the course of severe infection may reflect some of the biology previously characterized in the context of autoimmune disease.” Even with high specificity for the virus, ASCs in severe SARS-CoV-2 infection show a tendency to self-reactivity to nuclear antigens, kidney epithelial targets, and naïve B cells, though it was far from invariable.

This suggests that the EF pathway is a expedited response to severe infection, enabling rapid antibody production and viral clearance. While most ASCs thus generated are specific to the virus, a few may escape central tolerance and expand, causing both self-reactive and autoreactive ASCs to be present in the mix.

These mixed antibody responses may contribute to the overall inflammatory environment through innate activation and self-targeting to create a feed-forward loop of EF response bias.”

Such autoantibodies may also explain the clotting tendencies, hyperimmune phenomena and poor antiviral response seen in COVID-19. Some research shows that patients with long Covid have autoantibodies that persist beyond the acute period, with longer perturbations of the immune response. However, COVID-9 vaccination has not been linked with such disruptions.

Risk factors for long Covid may include autoantibodies, a type 1 T helper cell (Th1) bias, type 2 diabetes, SARS-CoV-2 in the blood, and Epstein-Barr virus in the blood.

A better understanding of the balance between the EF and GC responses and the phenotype of ASC for the generation and maintenance of LLPC after infection and vaccination are still needed.”