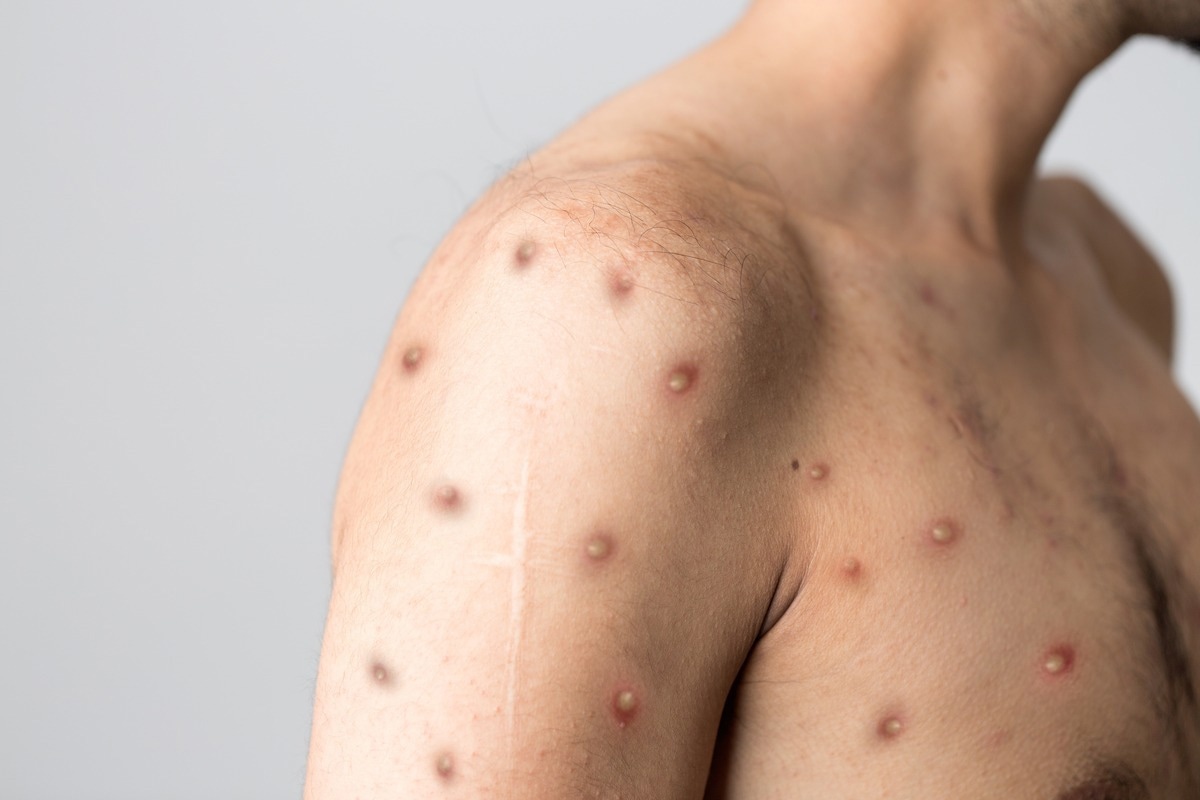 MPXV resurgence in European nations and other regions across the globe poses a potential threat to human beings, warranting the need for anti-MPXV prevention and control measures and strategies to curtail MPXV transmission. Given the increasing numbers of MPX cases globally, the healthcare sector must focus on MPX and develop measures to reduce the MPX burden.

Host invasion involves cellular surface adsorption, cell membrane fusion and subsequently viral core invasion. MPXV proteins viz. A27, D8, H3 and A26 mediate mature virus (MV) adsorption. D8 and A26 bind with chondroitin and laminin, respectively, and H3 and A27 bind with heparan. The proteins constitute the entry fusion complex (EFC) which mediates the enveloped virus (EV) and MV invasion into the host and upon core invasion, MPXV replicates in the host cytoplasm. MPXV encodes proteins such as BR-203 and BR-209 that increase MPXV virulence and lymphoid tissues are principal MPXV targets, although the virus has been detected in salivary gland epithelium and labial sebaceous tissues.

Epidemiology and transmission dynamics of MPX

Two MPXV clades have emerged, namely, the Congo Basin clade and the West African clade having case fatality rates (CFRs) of ≤10% and 1%, respectively. MPX was initially reported in humans in 1970 in the Democratic Republic of the Congo (DRC). Thereafter, MPXV was endemic to the DRC region and further spread to West and Central Africa. Most cases occurred among children aged about four years.

MPXV has been isolated from Cercocebusatys and Funisciurus anerythrus although several rodent animals such as rats and squirrels are considered MPXV hosts. Human MPX is caused mainly by zoonotic transmission involving (infected) animal bites or direct transmission via body fluids. Consuming improperly cooked infected animals could also transmit MPXV to humans. Occasionally, humans may transmit MPXV to other humans via direct facial contact, respiratory droplets, or MPXV-contaminated bedding or clothing.

In addition, sexual transmission and placental mother-fetal transmission can occur. In the recently reported MPX outbreak, the majority of the cases occurred among men who had sex with men (MSM). People unvaccinated against smallpox are more prone to MPX. In addition, individuals who slaughter wild animals, work at breeding centers for animals and who love pets are at great risk of MPX.

MPX usually incubates for one to two weeks and the initial symptoms resemble those of influenza followed by herpetic skin lesions with papules, plaques, blisters, pustules, scab formation and scarring. In the MPX prodromal phase (up to day 2), fatigue, fever, lymphadenopathy, severe headaches and muscle aches are observed. The subsequent phase (day 7 to day 21) is characterized by a rash, during which the infected patient is highly contagious. The rash affects the face, palms and soles, the oral mucosal epithelium, genital regions and the conjunctiva and lasts for two to four weeks.

Whole-genome sequencing (WGS) is the gold standard for distinguishing between MPXV and other orthopoxviruses; however, real-time polymerase chain reaction (RT-PCR) is preferred in routine practice due to the high cost and limited availability of WGS. In addition, MPXV DNA detection techniques such as loop-mediated isothermal amplification (LAMP). restriction length fragment polymorphism (RFLP) and recombinase polymerase amplification (RPA) may be used.

Enzyme-linked immunosorbent assays (ELISA) can be used for detecting anti-MPXV-immunoglobulin G (IgG) and IgM antibodies in MPX patients’ sera and electron microscopy (EM) could be used to study MPXV morphology. Immunochemistry, multiplexed immunofluorescence imaging and viral culture are other techniques of MPXV detection.

Smallpox vaccines such as ACAM 2000 and IMVAMUNE have conferred immune protection against MPXV; however, none of them are authorized for public use and are not recommended for use in endemic areas. Further, most antivirals used for MPX treatment are primarily supportive therapeutics. ST-246 (Tecovirimat) has shown robust activity against smallpox virus, cowpox virus and MPXV and the activity of Nioch-14 and ST-246 are alike. Brincidofovir and cidofovir derivatives have inhibited MPXV replication in vivo and in vitro. In addition, drugs such as tiazofurin, ribavirin, C3-NPC A, C-CA3-ADO, adenosine N1 oxide and HPMA (2-hydroxypropyl methacrylate) have been effective against poxviruses and could be potentially used as anti-MPXV agents.

To conclude, MPX is the largest epidemic spreading beyond Africa; however, MPX severity is low. It is essential to strengthen MPX surveillance and improve awareness globally to curb the MPX epidemic and prevent MPX outbreaks in the future.