The delicious Indian cuisine holds a soft spot in every desi foodie’s heart. From the North to the South, East to West – there are countless and delicious culinary delights that the country has to offer. Not just the food, but even Indian beverages have a plethora of options to choose from. Indian drinks help us stay hydrated and also cool us down from within. Recently, a Korean blogger tried multiple Indian drinks and gave his reviews about the same. The video went viral and became the subject of much chatter online. Watch the full video here:

Shared on YouTube by Korean blogger Inwook, the clip has raked in over 14 million views and 1.2 million likes. The video was shared in the popular section ‘YouTube Shorts’.

First, the blogger started by tasting the classic Indian chai. “At first, I didn’t understand why Indians are so obsessed with Chai. But after having a sip, I changed my mind,” he said in the video. “Slightly sweet and healing,” he added. He also said that it made him dance with a random guy in the street!

Next, the Korean blogger tried sweet Lassi made with yogurt. He said that the drink made him ‘speechless’ since he loved yogurt a lot and thus enjoyed Lassi too. Third, on the list was Nimbu Pani or Indian lemonade. The blogger said that he preferred the Korean lemonade to the Indian one. And the last one was Jaljeera which was made with Indian spices, but the blogger said it wasn’t spicy at all. 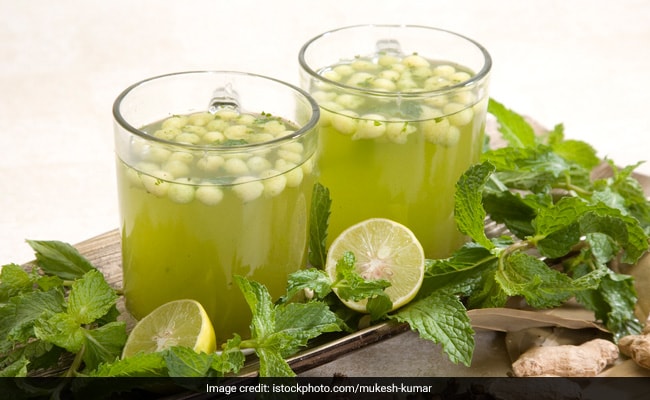 Jaljeera was also one of the drinks that the blogger tried.

Foodies reacted to the Korean blogger’s review of Indian drinks. “Well it’s an acquired taste,” said one user in the comments while another said, “When he was on the last drink I was literally going “nooooo!” As an Indian, I know not everyone can handle that drink!” Another wrote, “Thanks for coming In India and trying our food and giving reactions!”

What did you think of the Korean blogger’s video? Do you agree with his review of Indian drinks? Tell us in the comments.

About Aditi AhujaAditi loves talking to and meeting like-minded foodies (especially the kind who like veg momos). Plus points if you get her bad jokes and sitcom references, or if you recommend a new place to eat at.