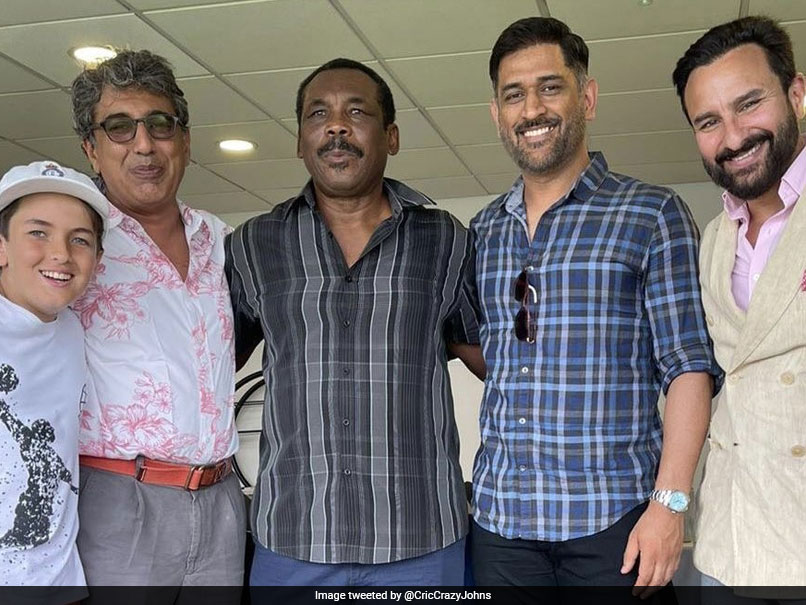 As India hammered England in the 1st ODI at the Kennington Oval in London on Tuesday, there was a star cast of guests in the audience. Former India skipper MS Dhoni was present and so was legendary West Indies opener Gordon Greenidge. But that’s not all. Bollywood star couple Saif Ali Khan and Kareena Kapoor along with their older son Taimur were also in attendance for the match which saw the visitors take a 1-0 lead in the three-match series.

A picture of Dhoni with Greenidge and Saif Ali Khan has gone viral on Twitter, with several users sharing the photo.

MS Dhoni with Gordon Greenidge and Saif Ali Khan in Oval for the first ODI. pic.twitter.com/7mQtjtZU9d

Kareena Kapoor also shared a picture of Greenidge and Saif Ali Khan on her Instagram stories, along with other snaps from the match. 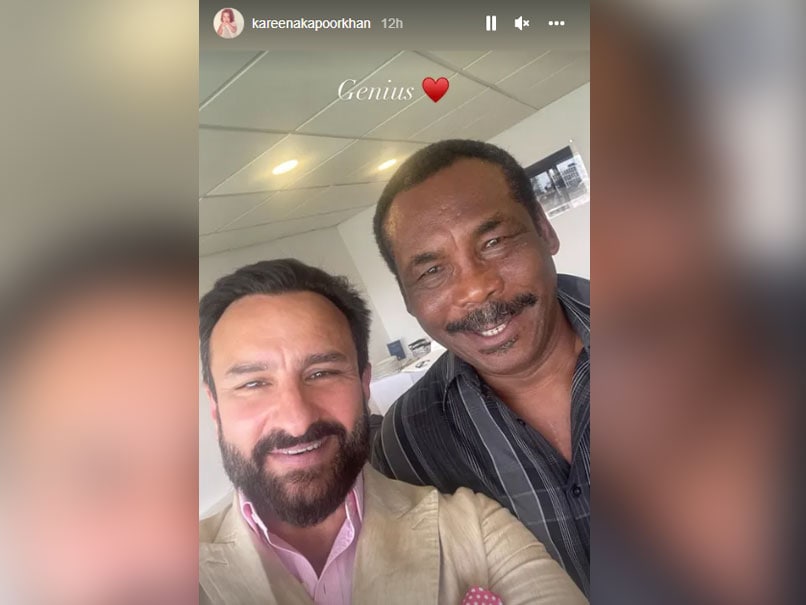 The first ODI saw India win the toss and opt to field.

Jos Buttler tried to rescue his team, but Shami came back for his second spell to end his innings for 30.

Bumrah was India’s destroyer-in-chief with the ball, returning career-best figures of 6/19 from his 7.2 overs.

The chase was a straightforward one for India as Rohit Sharma hammered 76 off just 58 deliveries.

India chased down the target in just 18.2 overs to take a 1-0 lead in the three-match series.