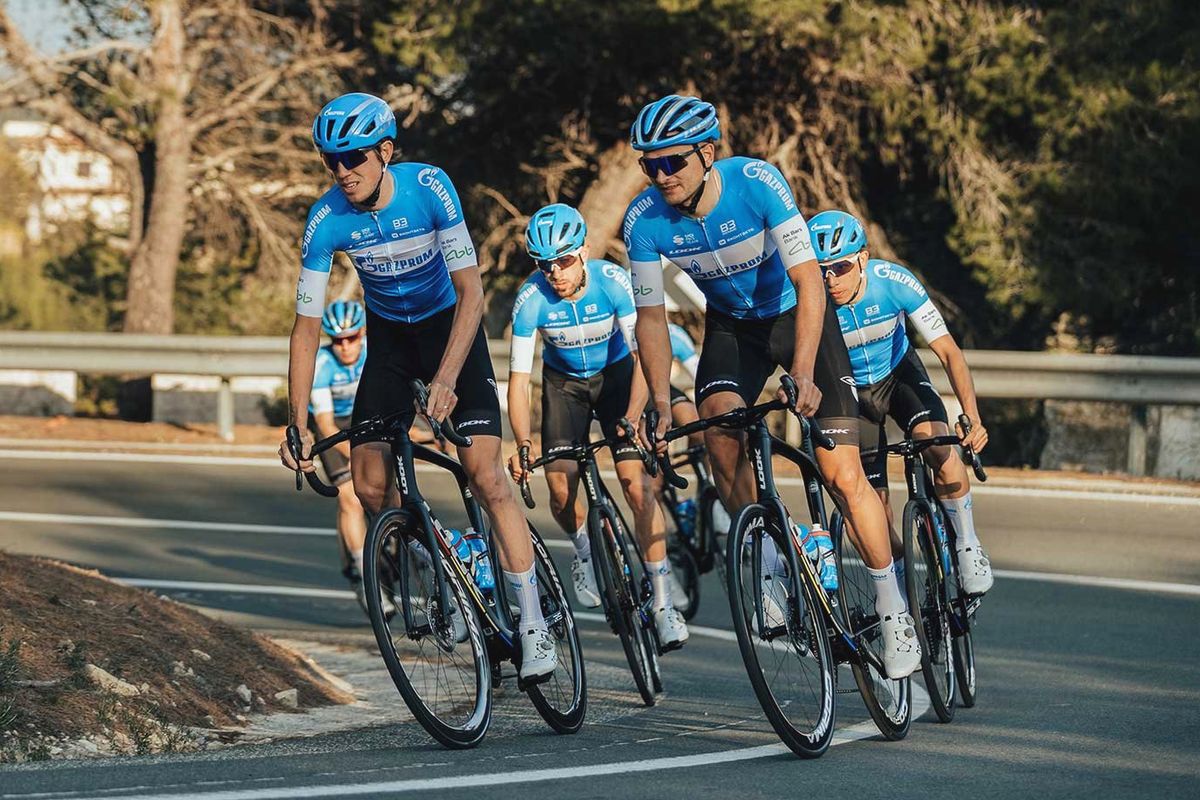 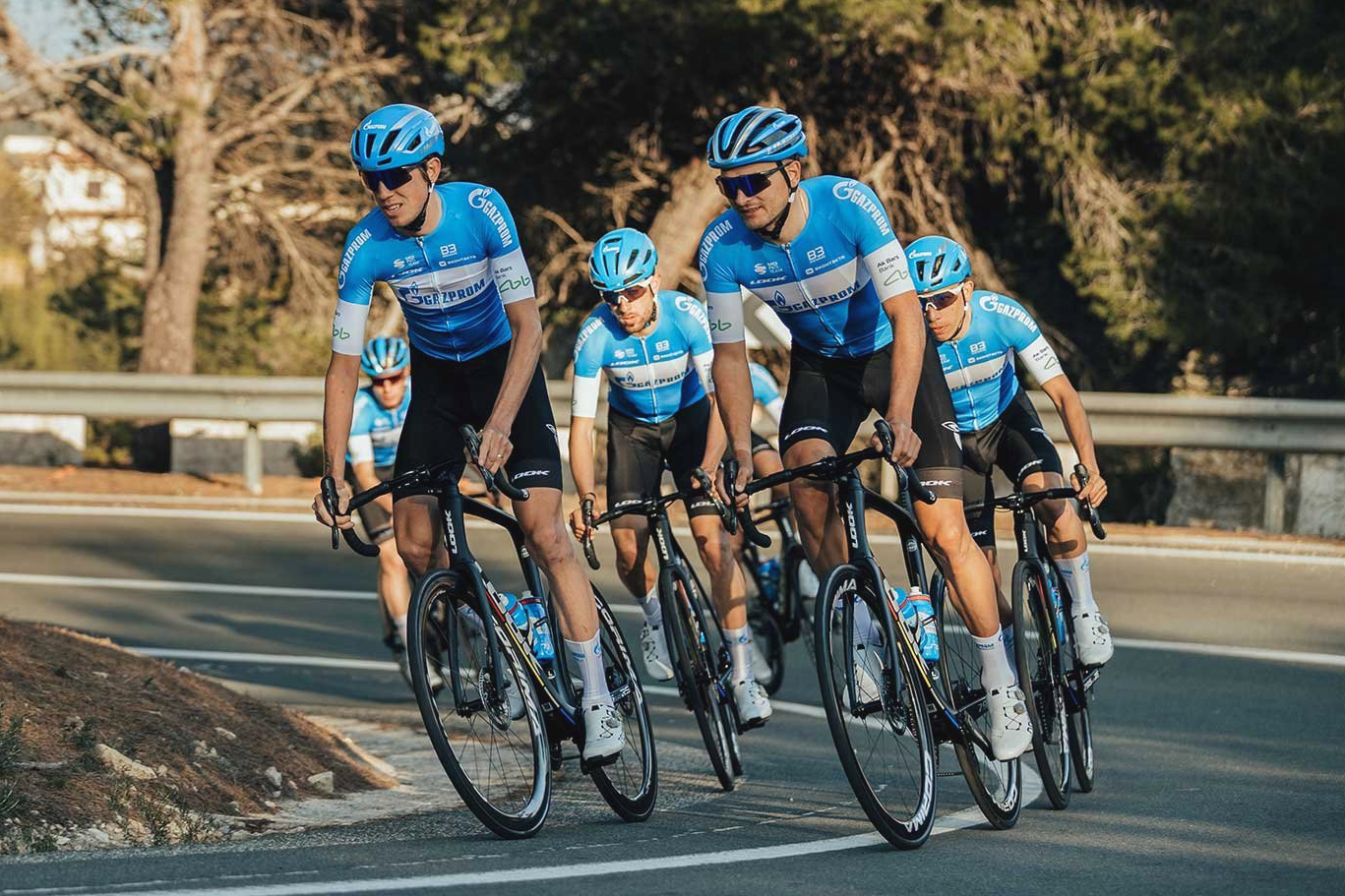 The UCI has suspended all Russian and Belarusian teams, including Gazprom-RusVelo, from competition with immediate effect following Russia’s invasion of Ukraine.

In a statement issued on Tuesday evening, the UCI said that Russian and Belarusian cyclists who ride for teams from outside Russia and Belarus will still be permitted to compete. However, the UCI added that “all emblems, names, acronyms, flags and anthems linked to Russia and Belarus are prohibited at all events on the UCI International Calendar.”

The UCI’s announcement came after the International Olympic Committee’s executive board recommended on Monday that international sports federations and organisers “not invite or allow the participation of Russian and Belarusian athletes and officials in international competitions.”

The UCI Management Committee held an extraordinary session on Tuesday before outlining its response to the IOC’s recommendation. The UCI’s decision means that Russian UCI ProTeam Gazprom-Rusvelo, Continental outfit Vozrozhdenie, and track squad Marathon-Tula Cycling Team have been banned from competition.

Belarusian Continental squads CCN Factory Racing and Minsk Cycling Club have also been banned, along with the Russian and Belarusian national teams.

Gazprom-Rusvelo had been due to compete in the Trofeo Laigueglia on Wednesday, although the team’s bike and wheel suppliers Look and Corima had already pulled their backing of the team, which is sponsored by the Russian state-majority owned energy consortium Gazprom.

The Australian Cycling Federation, AusCycling, had already banned Russian and Belarusian teams from competing at this year’s Road World Championships, which will take place in September.

“The UCI welcomes the strong decisions taken by the International Olympic Committee (IOC) on 28 February and has decided to apply them to cycling,” read a statement issued by the UCI on Tuesday.

“The UCI, which remains a politically neutral organisation, laments that the decisions of their government can impact Russian and Belarusian athletes, but it is necessary to be firm in the defence of the Olympic values.”

When contacted by Cyclingnews earlier on Tuesday, the UCI did not clarify whether the Russian oligarch and UCI Management Committee Igor Makarov would have any input into the governing body’s deliberations over its response to Russia’s invasion of Ukraine.

International football federations FIFA and UEFA were the first sporting organisations to ban Russian teams “until further notice”, meaning the country is now likely to miss out on qualification for the men’s 2022 World Cup and women’s Euro 2022, while in Formula 1 the September Russian Grand Prix had already been cancelled by the sport’s governing body.

In addition to the Five Rings of Moscow and the track events, the Grands Prix of Moscow and Saint-Petersburg, the May UCI Granfondo World Series event will be cancelled, while the Russian and Belarusian National Championships are also off the calendar.

Further measures include the non-consideration of bids from Russian and Belarusian candidates for UCI events, the prohibition of the appointment of Russian or Belarusian commissaires at UCI events, and a ban on UCI events from inviting club, regional, or mixed teams from either country.

The prohibition of national emblems, flags and anthems also means that Russian time trial champion Aleksandr Vlasov (Bora-Hansgrohe) will not be able to wear his national champion’s jersey, though Vlasov and other Russian and Belarusian riders registered on foreign teams will be permitted to participate in UCI events.

“The UCI wishes to clarify that Russian and Belarusian licence-holders are authorised to take part in events on the UCI International Calendar with their respective teams provided they are registered with a UCI Team that is neither Russian nor Belarusian,” read the UCI’s statement. “Russian and Belarusian riders can also participate in UCI International Calendar events if individual registration is authorised.”

“Moreover, the UCI Management Committee has decided to introduce a specific regulation enabling Russian and Belarusian licence-holders with multiple nationalities to request a change to their sporting nationality without any restriction. It will be possible to accelerate the procedure concerning this measure, which already exists in the UCI Regulations.

“Specific measures will be studied with a view to allowing riders and staff members of Russian and Belarusian teams to register with a UCI Team that is neither Russian nor Belarusian outside of the registration periods.”

The UCI’s statement concluded by noting that sponsorship of professional teams by Russian and Belarusian brands and companies will not be authorised going forward.

“As […] this would damage the image of the UCI and cycling in general, such sponsoring will not be authorised. Teams and event organisers have therefore been requested not to grant any visibility to Russian or Belarusian sponsors at events on the UCI International Calendar,” read the statement.

“For the sake of clarity, all measures apply with immediate effect regarding both Russia and Belarus and cover all categories and disciplines. They will remain in effect until further notice.”

The UCI added that it would publish further guidance on the measures in the days ahead, noting that its position “could evolve as the situation in Ukraine develops.”