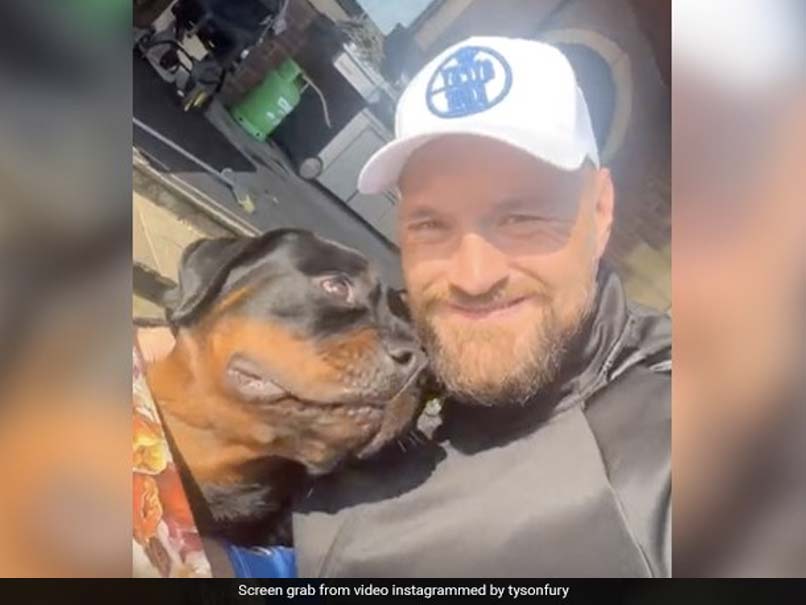 British boxer and WBC Heavyweight Champion Tyson Fury recently splashed out around $25,000 (nearly Rs 19,48,000) on a guard dog to protect his family and his home.

The 33-year-old bought a Rottweiler called “Cash”, Daily Star reported. He hopes his new guard dog will protect his wife Paris, their six kids and his fleet of cars at the family home in Morecambe, UK. He posted a photo of the pooch on his Instagram story with the caption, “Welcome to the team”.

As per the outlet, Tyson Fury got the hound from London-based Elite Protection Dogs – the specialist firm which sells “exclusive dogs for exclusive people”. The company’s website says that all the puppies come from military and police backgrounds with generations of experience. It also claims to have provided extensively trained protection dogs for a whole host of celebrities.

“We are an international team of protection dog developers with 35 years of experience in cynology, including a team of professional dog handlers/trainers and a head office based in the heart of London,” the company’s website further said.

As per Daily Star, Mr Tyson bought the guard dog after a series of recent raids on the homes of sports stars including Chelsea and England footballer Reece James and cycling legend Mark Cavendish. He also got the pooch after he recently added a $477,166 Rolls-Royce Phantom Series II to his ever-growing car collection which already includes two Ferraris.

The Express reported that the Gypsy King has an estimated net worth of £120 million. The media outlet also noted that Mr Tyson’s Morecambe home is a potential target for burglars with its many expensive items.

In April, Tyson Fury retained his WBC heavyweight crown, stropping Dillian Whyte in round six of an all-British bout at Wembley Stadium. Following the match, Mr Tyson had announced his retirement.