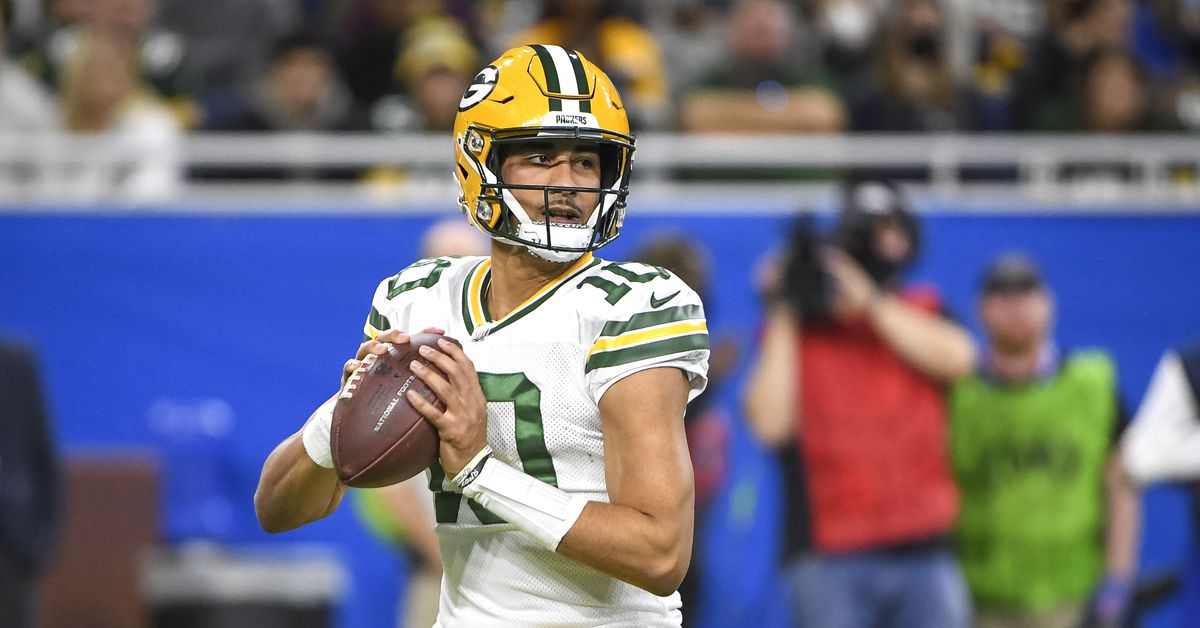 The rumors and consternation are over: Aaron Rodgers is returning to the Green Bay Packers. In the end Occam’s Razor applied, and the simplest outcome was met. The drama and romanticism of Rodgers leaving for another team made far less sense than sticking with an already successful organization looking to get over the final hump.

This is also a case of history repeating itself. Just as Rodgers was forced to wait behind Brett Favre, we now have Jordan Love biding his time to take over for Rodgers — but it’s apparent that wait might be too long. With plenty of QB-needy teams, and a seller’s market on passers, it now presents the Packers with a chance to rectify one of their worst picks in recent memory.

That sounds harsh, but spot the lie. In hindsight, selecting Love was a colossal waste that banked on the idea that Rodgers was winding down, or willing to walk away from the NFL. Neither has happened, and now he’ll be playing into his 40s, just like Tom Brady did.

If we assume Rodgers plays out this new deal, and there’s no indication he won’t, Love will be 27-years-old by the time it’s up. It will also come after Green Bay needs to pick up Love’s option, making it not only the waste of a pick, but also valuable future cap space.

There’s no doubt this scenario hurts. Rodgers’ frustration with the Packers taking Love is that he didn’t get more help at wide receiver. It’s exacerbated by the fact that in the 10 picks following Love, the Bengals selected Tee Higgins, and the Colts took Michael Pittman Jr — both of whom have developed into solid, 1,000 yard receivers. All-purpose running back Clyde Edwards-Hilaire was also taken after Love, another player who could have helped the Packers win games.

As big of a misstep as it was, this couldn’t have come at a better time. With the announcement that Rodgers is returning we now have a very solid list of teams in dire need of quarterbacks, and an upcoming draft without much top-end promise at the position. Although Jordan Love is extremely untested, and hasn’t really shined when given his limited chances, there’s absolutely a scenario where a QB-needy team values him more than the upcoming class.

Consider this for a moment: When Love entered the draft he was graded at 6.36 by NFL.com, that’s the equivalent of a “plus-level starter” by their metric. To compare, the highest grade in the 2022 class is a 6.40, with the two big names, Kenny Pickett and Malik Willis grading at a 6.39 and 6.34 respectively. By no means is the NFL site the be-all-end-all of prospect evaluation, but it does show that Love is very close to the QBs entering the draft this year, and could likely be had at a fraction of the cost.

The Packers would gladly accept a pick in the high second round from a team, especially in a draft this deep. If you’re the Lions, Broncos, or Commanders would you rather spend a top pick to draft a QB, or address another need early, and send a high second to Green Bay for Jordan Love? I think it’s a no-brainer. For now I’m omitting the Panthers from this discussion (because they traded away their second rounder for Sam Darnold last year) and the Steelers (who I think would be comfortable taking one of this year’s QBs at No. 19).

In my last mock draft I had the Packers selecting Ohio State WR Chris Olave with the 28th pick. Assuming Green Bay could pull that off, re-sign Davante Adams (which is possible given how cap friendly Rodgers’ new deal reportedly is), and then could double-dip at WR taking someone like Skyy Moore or Jalen Tolbert with their newly-traded pick, well, that could be enough on its own to give the Packers the weapons to get back to the Super Bowl.

This is a rare case of a potential win-win trade. Bringing in Jordan Love feels far more safe than spending big money for someone like Mitch Trubisky, or rolling the dice on a high pick with this current QB class. While there may not be an Aaron Rodgers feeding frenzy as there would have been if he demanded a trade, we could see a new kind of competition emerge to send offers for Jordan Love.