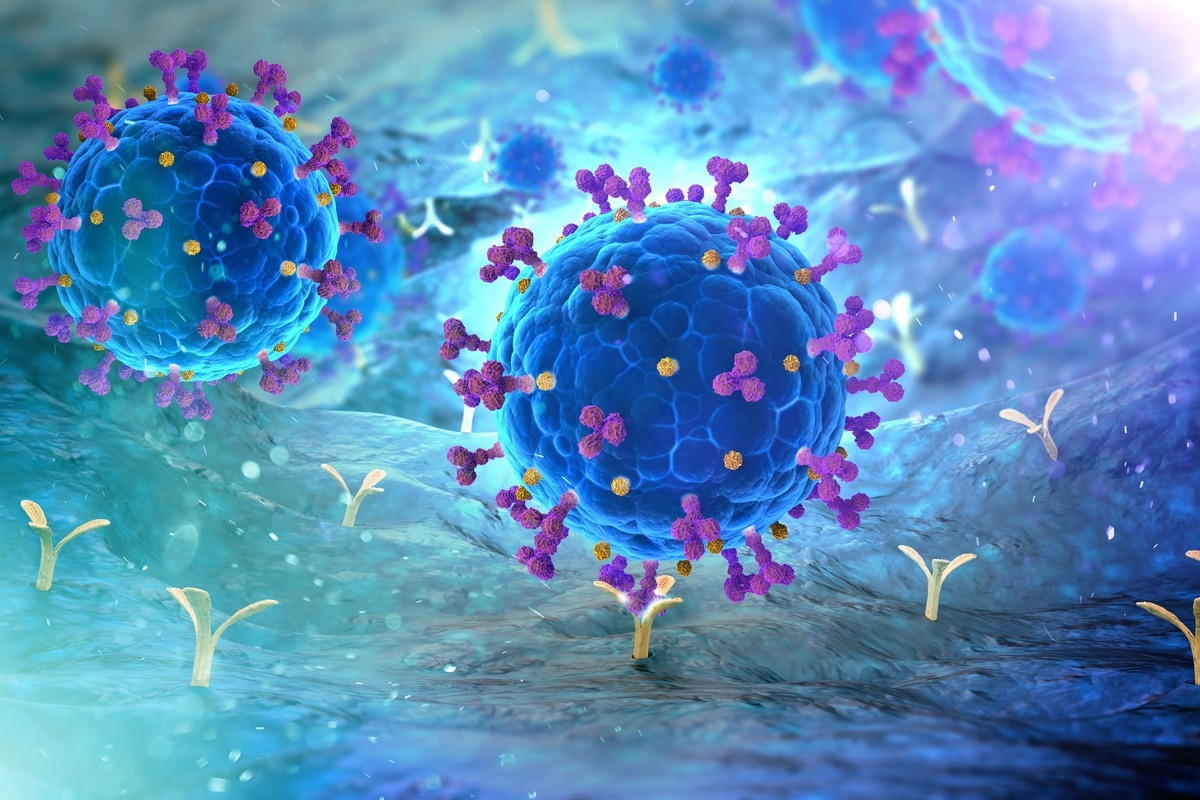 Throughout the CoV disease 2019 (COVID-19) pandemic, several variants of concern (VOCs), the Alpha, Beta, Gamma, Delta, and Omicron variants, have emerged. The Omicron variant is highly transmissible and replicates much faster in the bronchus, where it enters cells through the endosomal pathway.

In contrast, pre-Omicron VOCs enter cells by fusing with the cellular membrane in the lung with much slower replication destroying the tissues and invading other organs (kidney, liver, heart, etc.). The trimeric spike (S) protein contains two subunits: S1 and S2. S1 subunit includes a signal peptide and N-terminal (NTD) and receptor-binding (RBD) domains, whereas the S2 subunit encompasses heptapeptide repeat sequences 1 and 2 and a fusion peptide.

In the present study, researchers used MODA to explore membrane interaction sites of S protein variants and reported a comprehensive binding mechanism. None of the > 2300 S protein structures reported so far contain lipid bilayers. Nevertheless, some structures of S protein complexed with biliverdin and fatty acids bound within the S ectodomain exist.

The membrane-binding propensities of residues in 158 S protein structures from SARS-CoV, 12 SARS-CoV-2 variants, and homologs from bats and pangolins were computed using MODA. The program assigns a binding propensity to each residue based on the presence of features found in well-characterized protein structures that bind to lipid bilayers through exposed hydrophobic, polar, and aromatic moieties.

The docking propensity of the KVGG motif was variable and exhibited two-fold higher MODA scores in SARS-CoV-2 Omicron BA.1 and BA.3 variants featuring a mutated motif (KVSG). This element is surrounded by AGSTP479 motifs with the highest propensities in SARS-CoV-2 variants, while the corresponding elements in SARS-CoV, bat CoV, and pangolin CoV did not exhibit such propensity.

MODA analysis of the trimeric S structures revealed the following five stages of membrane association – 1) The closed S trimer protrudes the three RBMs towards the cell membrane perpendicularly, with the convex docking surface penetrating partly into the lipid bilayer. 2) One RBD switches to ‘up conformation,’ causing the RBMs to form a large surface that could dock obliquely.

3) A second RBD adopts the ‘up’ position creating an even larger and flatter surface, and in this state, it docks more optimally to the membrane when the trimer tilts by 30°, drawing them even closer. 4) Two ACE2 molecules could interact with one of the ‘up’ subunits by displacing the host lipids from RBM surfaces.

In this state, the trimer axis is tilted by 40°, allowing the ‘down’ RBM and NTD motifs to dock to the lipid bilayer. 5) Once the third RBD changes to the ‘up position,’ a third ACE2 could bind to form the perpendicular and symmetric complex that initiates membrane fusion. This model of progressive membrane binding appeared generally conserved across Alpha, Beta, Gamma, Epsilon, Delta, and kappa variants.

In conclusion, the researchers proposed that the identified S protein interfaces allow trimeric S to bind progressively to lipid bilayer membranes during fusion and to intracellular membranes. The titled conformation might allow S trimers to draw the viral membrane close to the host membrane. Notably, the current findings are based on computational analysis and thus require experimental validation.