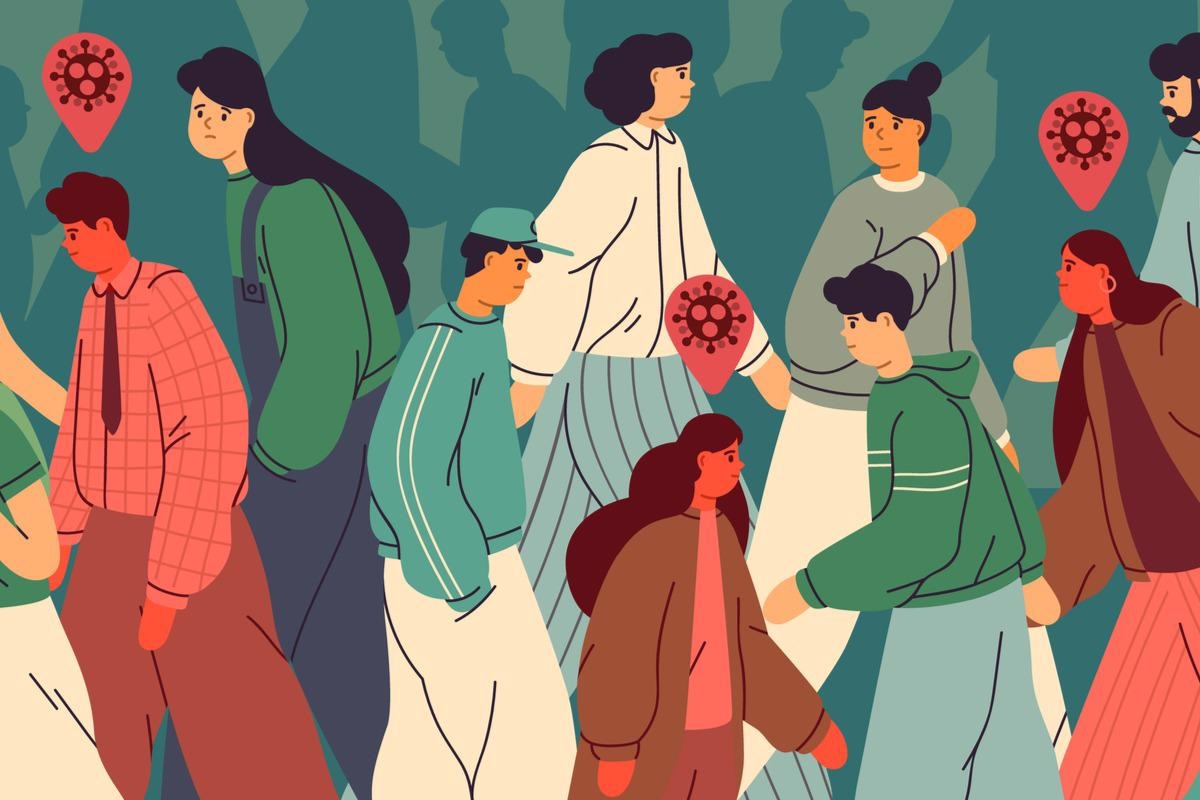 During the coronavirus disease 2019 (COVID-19) pandemic, many federal governments around the world established isolation rules to prevent the transmission of the severe acute respiratory syndrome coronavirus 2 (SARS-CoV-2) from infected individuals to others. As isolation can have a significant impact on both the economy of a country and the mental health of its citizens, it is imperative to make efforts to reduce isolation periods while simultaneously preventing infectious individuals from spreading the disease.

In a recent study published on the preprint server medRxiv*, researchers from the Boston University School of Medicine examine the infectious periods in vaccinated individuals infected with the SARS-CoV-2 Omicron and Delta variants.

In the current observational cohort study, Boston University (BU) students and staff were enrolled after diagnosis with COVID-19 by a reverse transcription-polymerase chain reaction (RT-PCR) test. Participants completed an initial questionnaire and were then asked to perform daily symptom screens and anterior nasal swabs, with staff keeping records.

Some enrolled participants also opted into an antigen rapid diagnostic testing (RDT) study and were provided with three kits to self-test on days four to six after diagnostic and asked to provide a photograph of the test strip for staff to interpret the results. The obtained isolates were tested by RT-PCR using a two-target SARS-CoV-2 assay, whereas viral sequences were determined using the Illumina platform.

If diagnostic isolate sequencing was not available at the time of sampling, the variant determination was based on the timing of diagnosis. Alongside RT-PCR, 200 ul of each sample was incubated with Caco2 cells for four days, with the cells fixed and indirect immunofluorescence microscopy used to determine the presence of SARS-CoV-2 replication.

Demographic and clinical characteristics of participants infected with either the Delta or Omicron variant were compared based on culture positivity beyond day five, time to culture conversion, and duration of positive cultures. Scatter plots and fit mixed-effect models were used to assess the relationship between cycle threshold (ct) values and time since diagnosis/symptom onset, all of which were created by variant and vaccination status.

Generalized additive mixed models were used to perform curve fits and a cubic B-spline with four knots was used to incorporate Ct trajectories. Kaplan Meier plots were generated to look at the time for culture conversion for the whole cohort, as well as by variant and vaccination status. Median Ct values at diagnosis were compared using Wilcox non-parametric tests, and the sensitivity and specificity of the RDT device were compared to culture positivity on days four through 6. 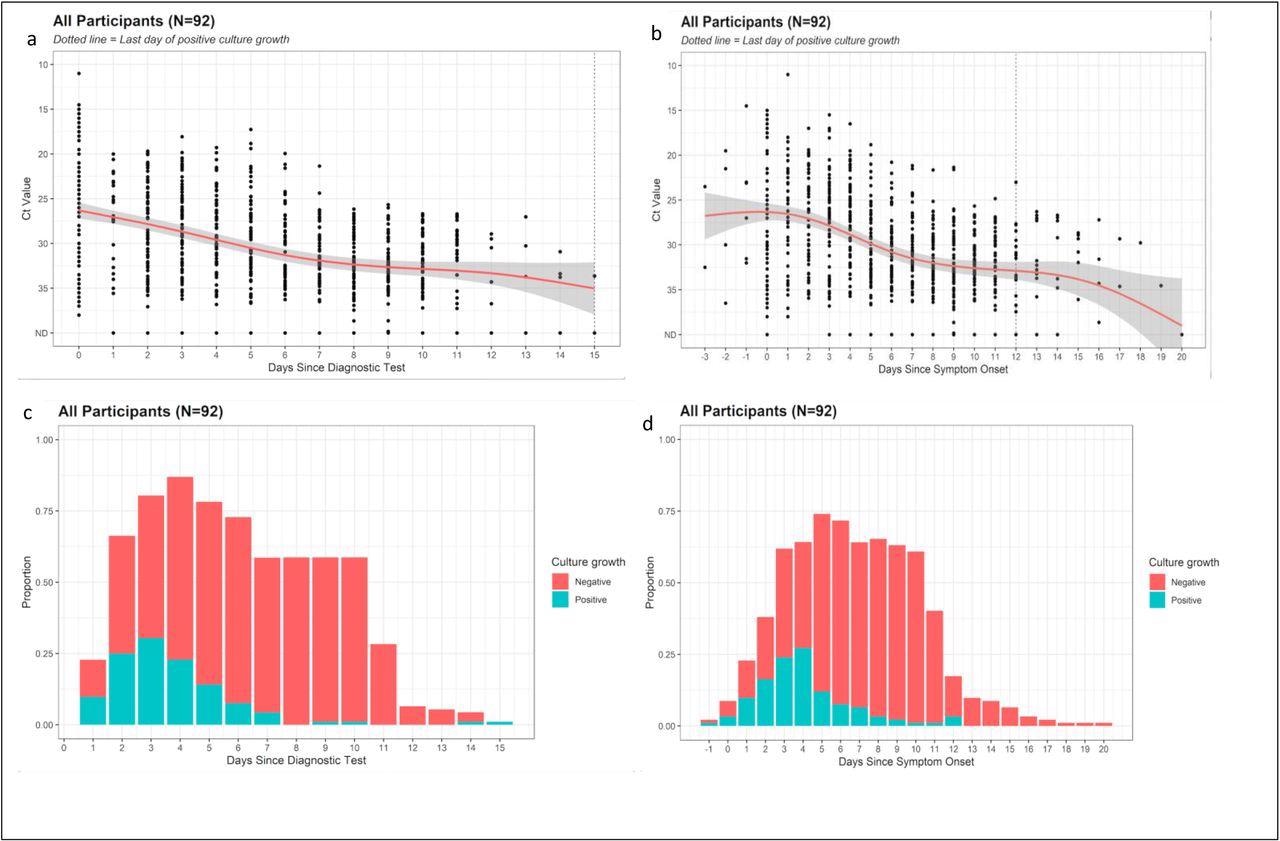 About 84% of individuals who had received a positive test had seroconverted by day six as compared to 71% of individuals from symptom onset. Forty-four patients never had a culture-positive isolate.

The researchers then shifted the calculations to examine time from symptom onset rather than diagnosis, which slightly normalized the data. The mixed-effect model of viral decay within a host from symptom onset showed a plateau in the pre-symptomatic period as compared to a more gradual decline in the within-host viral load decay over time from diagnosis.

Both the Delta and Omicron variants showed no significant differences in time to viral culture conversion, with within-host viral decay trends being similar for both variants. Participants who had received a booster dose were more likely to show slower in-host viral decay; however, viral conversion rates were similar and Ct values were higher in boosted individuals who were infected with Omicron. 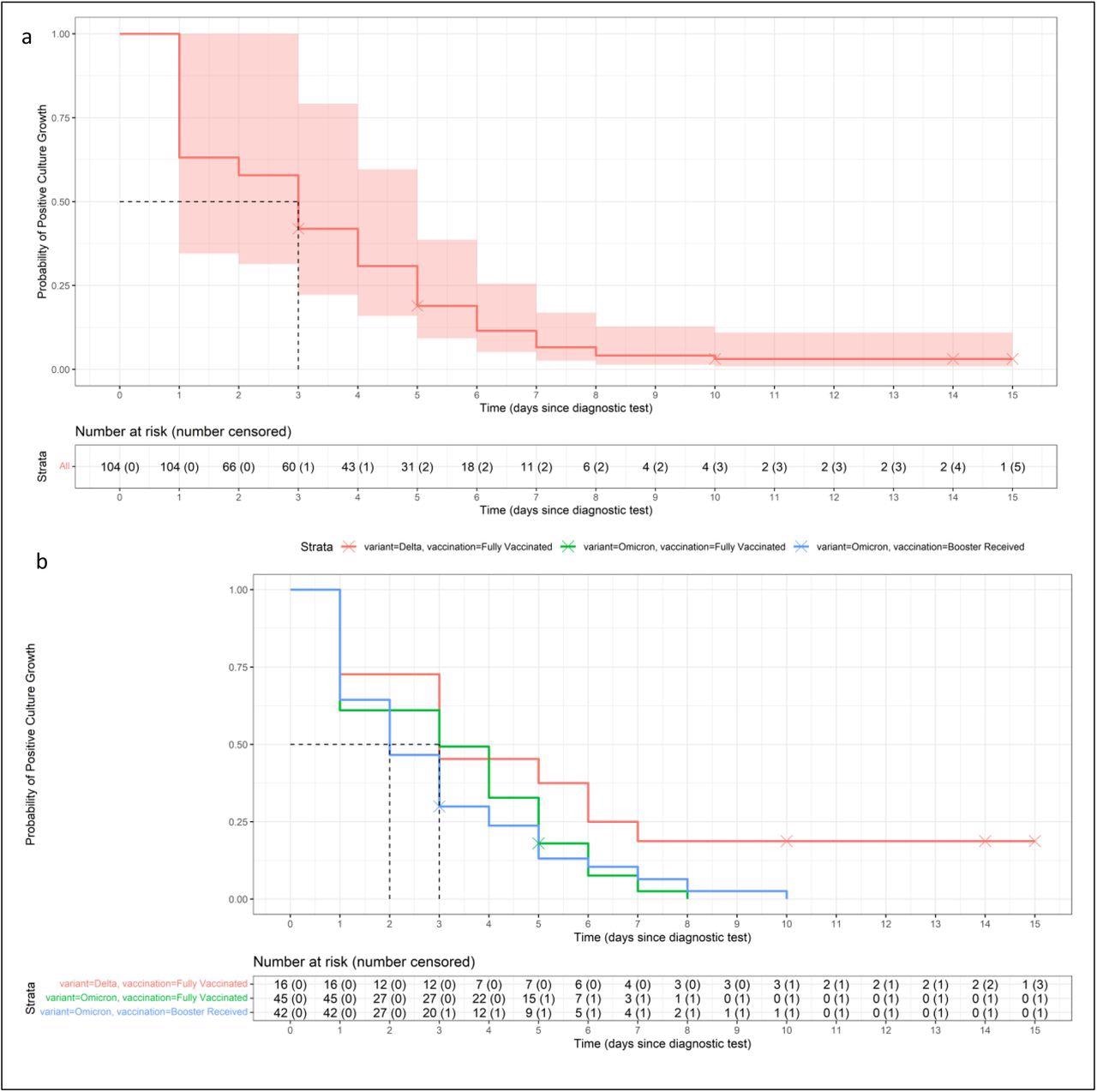 Kaplan-Meier curves indicating days from diagnosis to negative viral culture for all participants (a) and by SARS-CoV-2 variant and vaccination status (b).

The current study demonstrates that in the majority of young, healthy, and vaccinated adults, the infectious period for SARS-CoV-2 is heavily limited, with only 17% remaining positive beyond five days. Furthermore, the Delta variant was found to be infectious for a longer duration as compared to the Omicron variant, with a median time to culture conversion of three and two days, respectively.

When examining RDT medical devices, the negative predictive value was 100%; however, the positive predictive value could cause issues if these tests are used by individuals currently quarantined. Taken together, the findings from the current study could help inform public health policymakers on devising isolation rules.