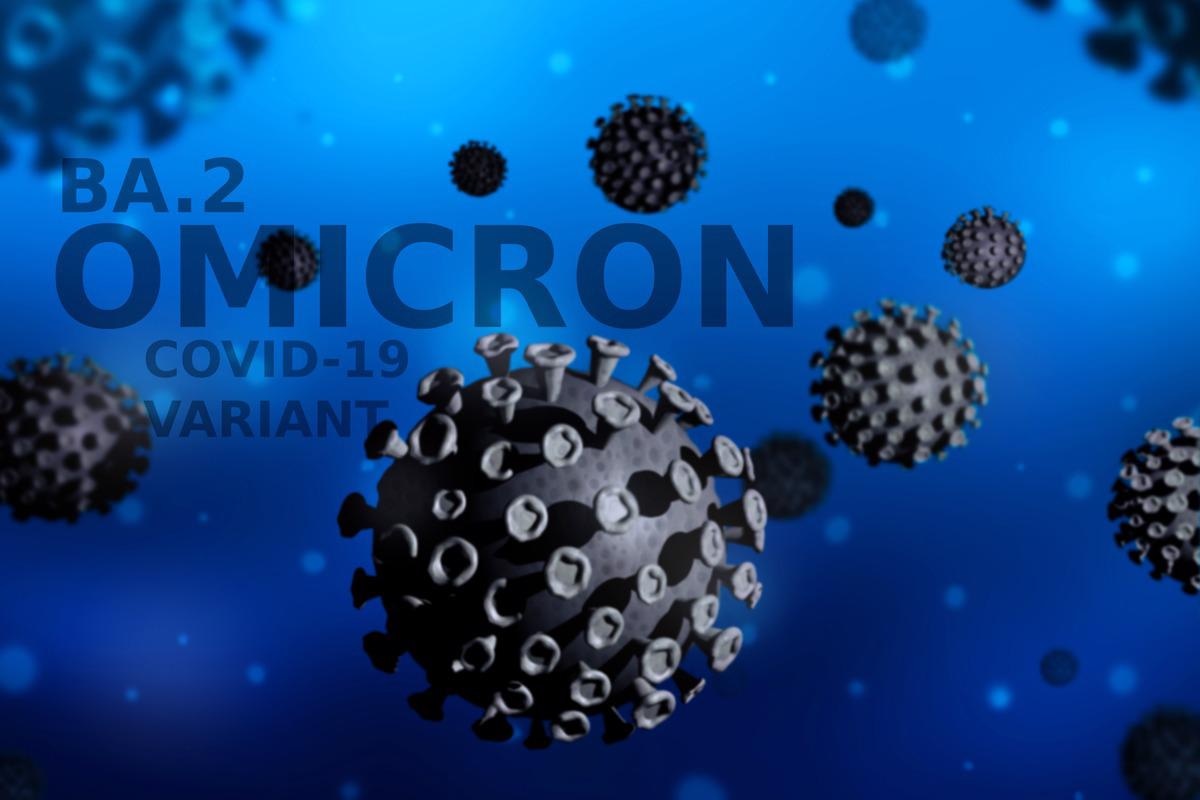 In a recent study posted in the Research Square* preprint server, which is under consideration at a Nature Portfolio Journal, researchers evaluated the pathogenicity and replication potential of severe acute respiratory syndrome coronavirus 2 (SARS-CoV-2) variant of concern (VOC) Omicron lineage, BA.2 in immunocompetent mice and hamsters.

Omicron has four sublineages: BA.1, BA.1.1, BA.2, and BA.3. While the original BA.1 variant has become the dominant variant in many countries, BA.2 variants are just beginning to dominate in the Philippines, India, and Denmark, and preliminary data has evidenced it being more transmissible than the BA.1 variant.

Of these, four S-protein mutations, including K417N, E484K, and N501Y in BA.2, are the key mutations responsible for mouse adaptation. The researchers, therefore, speculated BA.2 would infect immunocompetent mice and replicate in their respiratory organs, as previously exemplified with BA.1 variants.

Five- to six-week-old male wild-type Syrian hamsters were also used in this study. The researchers inoculated these test animals with 103 or 105 PFU of Omicron/BA.2 or BA.1, following which their bodyweight monitoring was done daily for ten days.

They performed these experiments with SARS-CoV-2 in enhanced biosafety level 3 (BSL3) containment laboratories at the University of Tokyo and the National Institute of Infectious Diseases, Japan.

For gene synthesis, they used amino acid sequences for the variable region of the heavy and light chains of several anti-S human monoclonal antibodies (MAbs). The synthesized genes were cloned into a plasmid for protein expression and transfected into CHO cells.

The researchers used a protein A column to obtain purified MAbs; further, before use, they confirmed their purity using sodium dodecyl sulfate-polyacrylamide gel electrophoresis (SDS-PAGE) and high-performance liquid chromatography (HPLC).

The body weight of mice did not change after infection with BA.1 or BA.2 or PBS, and whole-body plethysmography (WBP) revealed that Penh or Rpef did not change in the BA.1- or BA.2-infected groups compared to the mock-infected group. Penh and Rpef are surrogate markers for bronchoconstriction and airway obstruction, respectively.

Histopathological analysis of the lungs of BALB/c mice infected with BA.1 or BA.2 showed that inflammatory cell infiltration around the bronchi and in the alveolar spaces was minimal at two and five days p.i. The total detectable viral RNA and antigen decreased in BA.1- and BA.2-infected mice, suggesting that BA.1 and BA.2 displayed substantially lesser lung infectivity than the SARS-CoV-2 Beta variant.

Regarding the inflammatory responses in the lungs of BALB/c mice, they showed similar cytokine/chemokine levels at one, two, or three days p.i. as naïve mice.

In K18-hACE2 transgenic mice, at three dpi, the virus titers in the lungs and nasal turbinates were 400- to 1000-fold lower in the respiratory tract of animals infected with BA.2 than mice infected with WA1/2020 D614G.

Syrian hamsters inoculated with BA.1 or BA.2 did not show any weight change or Penh or Rpef. Contrasting to what was observed in mice, at three dpi, viral titers in nasal turbinates of hamsters were higher with BA.1 than BA. 2, despite the inoculation dose.

The lung viral titers with the 103 PFU inoculating dose of BA.2 were 100-fold lower than those infected with 103 PFU of BA.1.

The nasal turbinates and lungs of five hamsters inoculated with a 1:1 mixture of BA.1 and BA.2 were harvested at four dpi for next-generation sequencing (NGS). NGS analysis revealed that BA.1 became dominant in the nasal turbinates of all five infected animals, indicating that it outcompeted BA.2 during upper airway tract replication in hamsters.

Micro-computed tomography (micro-CT) analysis revealed that at seven dpi, there were minimal lung abnormalities and no lung consolidation in all of the BA.2-infected hamsters. Overall, 62.5% (5 out of 8) of the BA.1-infected hamsters showed symptoms congruous with minimal pneumonia.

Histopathological changes in the lungs of BA.1- or BA.2-infected hamsters suggested that BA.1 and BA.2 mainly affected bronchi. Overall, these findings showed that the pathogenicity of Omicron/BA.1 and Omicron/BA.2 was analogous in the hamster model.

Antibody responses to the Omicron/BA.2 variant

The authors observed that 50% FRNT (FRNT50) geometric mean titers of plasma from individuals immunized with a third dose of the BNT162b2 vaccine against BA.1, BA1.1, and BA.2 were 3.4- to 5.9-fold lower compared with those against the WA1/2020 D614G and Delta strains.

This reduction in neutralizing titers was comparable between all three Omicron viruses; still, this reduction was more for BA.1 and BA.1.1 than for BA.2 at both one- and three months post-vaccination.

While the plasma samples from the COVID-19 vaccine recipients who experienced Delta or Omicron breakthrough infections showed higher FRNT50 values against the Delta variant, these values remained 3.3- to 4.9-fold lower against the three Omicron strains. Thus, suggesting that antibodies evoked by vaccine or SARS-COV-2 infection have reduced neutralizing activity against BA.2 compared to other Omicron strains.

Effects of mAbs and antiviral compounds against the Omicron/BA.2 variant

The authors evaluated the therapeutic efficacy of antiviral compounds, such as molnupiravir, S-217622, etc., in hamsters intranasally infected with 103 PFU of BA.2. These compounds were dissolved in 0.5% methylcellulose before in vivo experiments. The animals were then treated via oral gavage twice daily (at 12-h intervals) for one, two, or three days with 1000 mg/kg/day of molnupiravir, 120 mg/kg/day of S-217622, or 2000 mg/kg/day of nirmatrelvir, beginning 24 hours p.i.

Overall, the study findings demonstrated almost similar infectivity and pathogenicity of the Omicron/BA.2 variant vis-a-vis Omicron/BA.1 variant in mice and hamsters. Moreover, the results showed that Omicron/BA.2 variant is susceptible to restriction via some therapeutic MAbs and antiviral compounds in clinical use or under development.

Preprints with Research Square publishes preliminary scientific reports that are not peer-reviewed and, therefore, should not be regarded as conclusive, guide clinical practice/health-related behavior, or treated as established information.