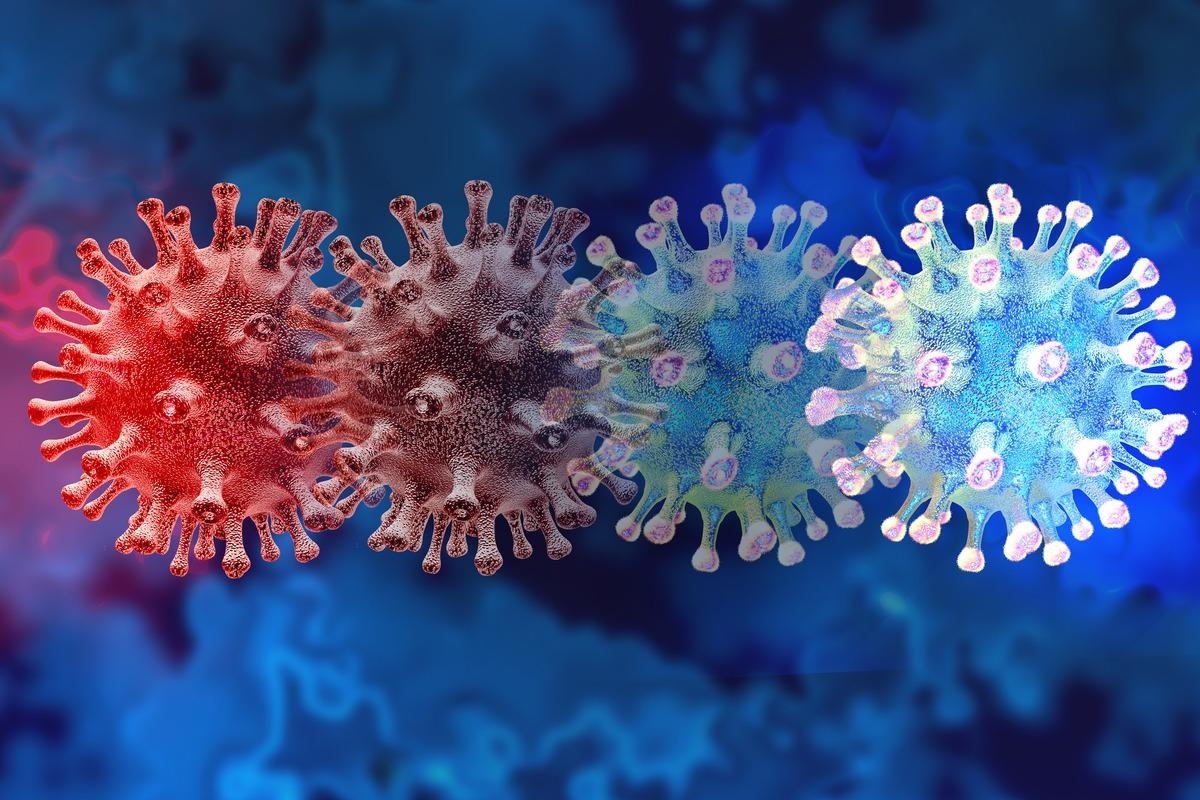 In December 2019, the Wuhan Municipal Health Commission reported cases of novel pneumonia of which the etiology was unknown. The causative agent of the novel pneumonia was identified as severe acute respiratory syndrome coronavirus 2 (SARS-CoV-2) in early 2020.

The disease caused by SARS-CoV-2 was named coronavirus disease 2019 (COVID-19) and is rapidly spread among humans. Due to the rapid spread of the disease globally, the World Health Organization (WHO) declared a global pandemic.

It is common for mutations to occur in RNA viruses (such as SARS-CoV-2) but the majority of mutations typically do not have a significant impact. However, this was not the case with SARS-CoV-2, as some detected mutations provided selective advantages, such as antibody escape and increased transmissibility. The origin of the variant’s ability to evade immune responses is still unknown. Several hypotheses consider the zoonotic origin, selective pressure from antiviral drugs, monoclonal antibodies, or convalescent plasma, and a few studies highlight the importance of the immunocompromised patient’s unique intra-host environment in explaining the evolution of immune escape variants.

In a recent study posted to the preprint server medrxiv*, a team of authors from various institutions examined a unique case of extended viral shedding in an immunocompromised patient that produced a series of SARS-CoV-2 immune escape mutations over a seven-month period. The authors discovered an instance of a patient in her 60s with lymphoma who had persistently high SARS-CoV-2 pharyngeal virus levels in November 2020. Despite the presence of SARS-CoV-2 specific antibody responses, the patient was unable to remove the viral load. As a result, rtPCR of nasopharyngeal swabs were used to keep a close eye on the situation.

Clinical presentation of the patient

The patient received a diagnosis in August 2015, of stage Iva lymphocytic lymphoma, with additional complications due to a temporary reactivated Epstein-Barr virus (EBV). The patient achieved remission in June 2016 following treatment with Bendamustine and Rituximab. The patient experienced a relapse in October 2019 with 90% of their bone marrow infiltrated, antibody deficiency, and pronounced B symptoms (night sweats, fever, fatigue, etc).

In November 2020, four days following the last chemotherapy, the patient complained of feeling unwell, experiencing a fever, headache, cough, and pain, and was subsequently diagnosed with COVID-19. The patient’s condition worsened, and they were admitted to the hospital in January 2021. The patient was released from the hospital to home quarantine but continued to shed the virus on days 102, 124, 182, and 205, post-onset of symptoms.

Isolation studies were carried out on VeroB4-cells using swab samples taken on days 73, 93, 99, 104, 109, 117, 127, 133, and 182, with success on days 73, 93, 109, and 127. The swab’s cycle threshold (Ct) values were inversely linked with isolation success. Specific antibodies were tested employing three distinct serological methods at the same time points. The IgG and neutralizing antibody titers on day 102 appeared low, with an IgG titer of 17.7 AU/mL in a chemiluminescent immunoassay (CLIA) and an enzyme-linked neutralization assay (ELNA).

Increases were observed in patient humoral immune responses throughout the duration of the disease and on days 124,182, and 205 produced high values of 1320, > 2080, and 1750 AU/mL in CLIA and >1:32 in ELNA. While antibodies rose to positive activity by day 124 and remained stable, IgG avidity did not appear to develop, as the relative avidity index (RAI) did not rise significantly and remained in the low 20% range.

After around two months, the authors saw continued viral shedding and began sequencing the patient’s following samples on day 73. When compared to the reference genome Wuhan, the sequence generated from the swab on day 73 contained 18 mutations, while the sequence on day 171 had 26 mutations, which climbed to 29 on day 207. Over the course of the 221-day research, 22 nonsynonymous mutations emerged.

These results describe a medical phenomenon of continued infection from SARS-CoV-2 in a patient with a compromised immune system. Specific antibody interference may have resulted in a large decrease in viral load, but it also created complex escape methods in the absence of cell-mediated immune defenses for infection clearance. With the help of next-generation sequencing, the authors were able to observe SARS-CoV-2’s mutational changes, which were likely aided by a lack of humoral immune defense. As a result, extremely specialized viral variants emerged, highlighting the areas subjected to the most intra-host selective pressure.