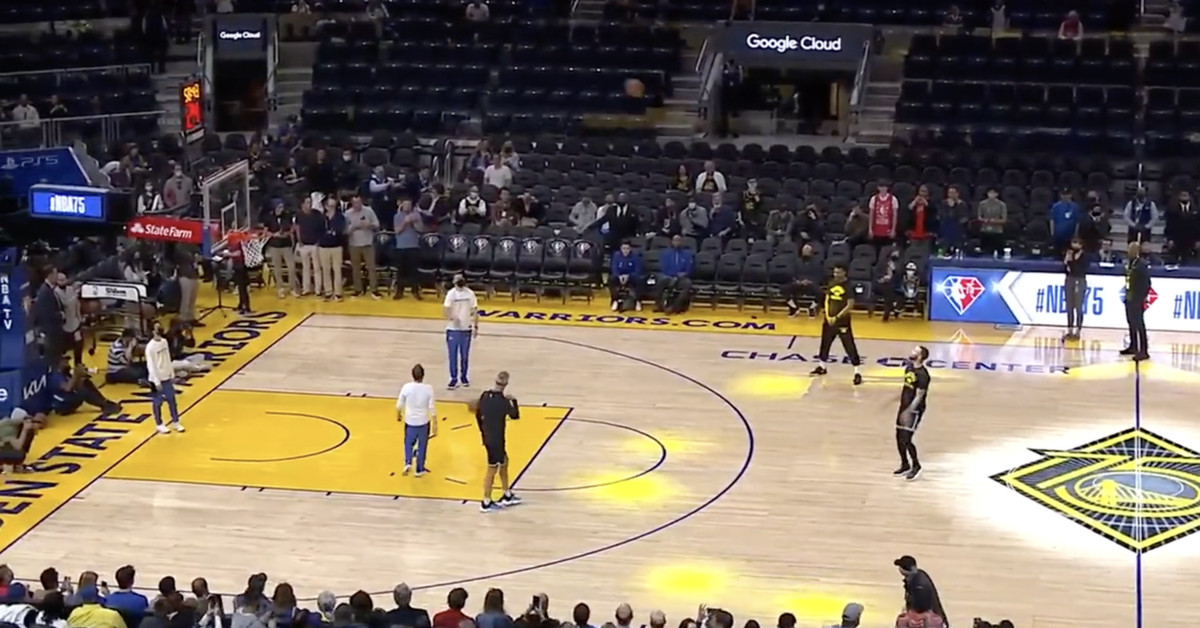 Stephen Curry’s pre-game routine has long been the stuff of legend. We’ve been writing about Curry’s ridiculous pre-game shooting displays since the Warriors’ went on their first championship run in 2015. Back in 2016, Tim Cato wrote that “Watching Stephen Curry warm up is worth the price of admission.”

This is Curry’s 13th NBA season, but he’s still finding ways to thrill basketball fans with the shots he makes before the game even starts. It happened again on Sunday night before the Golden State Warriors hosted the Dallas Mavericks. A video of Curry’s pre-game shooting warmup is currently pushing toward 10 million views.

Seriously — 10 million! Check out it out for yourself here:

That’s 16 straight makes for Curry by our count, with many of them coming well beyond the three-point line stretching back as far as the logo at center court.

This serves as a reminder that NBA players are so, so much better at basketball than we can even comprehend. There’s part of me that thinks this isn’t even all that impressive, because of course Stephen Curry can drain shots from anywhere on the court without being defended. We just saw this man go 16-of-27 from three in the All-Star Game.

Unfortunately, Curry’s pre-game warmup didn’t help him get out of his ongoing shooting slump. He made only 3-of-10 threes on the night, and the Mavs won, 107-101.

Read the great Joe Viray breakdown the Warriors’ issues over at Golden State of Mind.