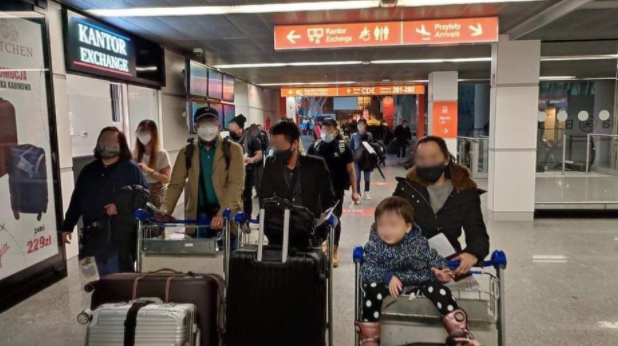 Thirteen Filipinos from Ukraine are set to arrive in the Philippines on the evening of March 1 amid the foreign nation’s conflict with Russia. Screengrab from DFA website

MANILA, Philippines — The second batch of Filipinos who fled the violence in Ukraine will arrive in the country on Tuesday evening, the Department of Foreign Affairs (DFA) announced Tuesday.

The DFA said that a total of 13 Filipinos departed Chopin Airport in Warsaw, Poland via Emirates flight EK 2023 and they are expected to land Manila around 9:35 p.m.

The repatriates were part of the 40 individuals who evacuated from the capital city of Kyiv to Lviv following Russia’s invasion of Ukraine and were welcomed at the Poland border.

The Philippine Embassy in Warsaw assisted the individuals on their travel and flight documents.

As of February 28, six Filipinos are still in Moldova, four are in Romania, eight are in Hungary, and eight are at the border seafarers from MV S Breeze.

To date, six Filipinos have been repatriated which arrived on February 18.

Last February 24, Russia launched an invasion of Ukraine which has amassed 150,000 to 200,000 troops along Ukraine’s borders.