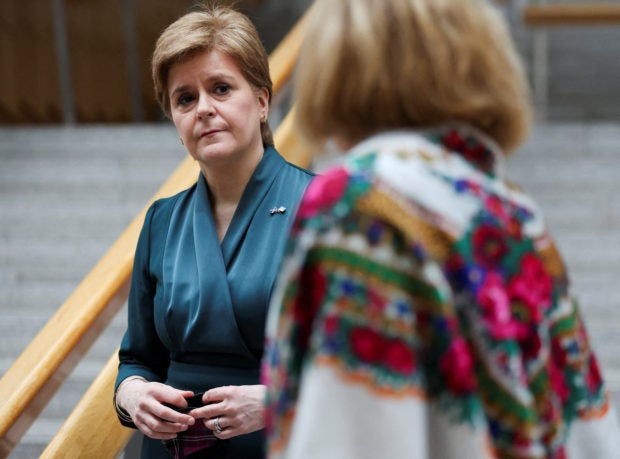 EDINBURGH — Scotland’s government marked International Women’s Day on Tuesday by issuing a formal apology to thousands of women who were executed centuries ago in a mania against witchcraft.

Between the 16th and 18th century, some 4,000 people were accused of witchcraft, according to the group Witches of Scotland, which has been campaigning for the apology.

In total, more than 2,500 people were executed, four-fifths of them women. They were mostly strangled and then burned, after making confessions that were often extracted under torture.

Addressing Scottish lawmakers, First Minister Nicola Sturgeon said it was “injustice on a colossal scale” that was “driven at least in part by misogyny in its most literal sense — hatred of women”.

“I am choosing to acknowledge that egregious, historic injustice and extend a formal posthumous apology to all those accused, convicted, vilified or executed under the Witchcraft Act 1563.”

Witch hunts were enthusiastically promoted by Scotland’s King James VI, who became also King James I of England in 1603.

Sturgeon noted some critics had queried the point of an apology centuries later, but said “it might actually be pertinent to ask why it has taken so long”.

“Acknowledging injustice, no matter how historic, is important,” she said, noting too that Scotland had formally apologised to men convicted for being gay before homosexuality was legalized by the UK in 1967.

The witches at the ‘Gates of Hell’: Norway’s darkest hour