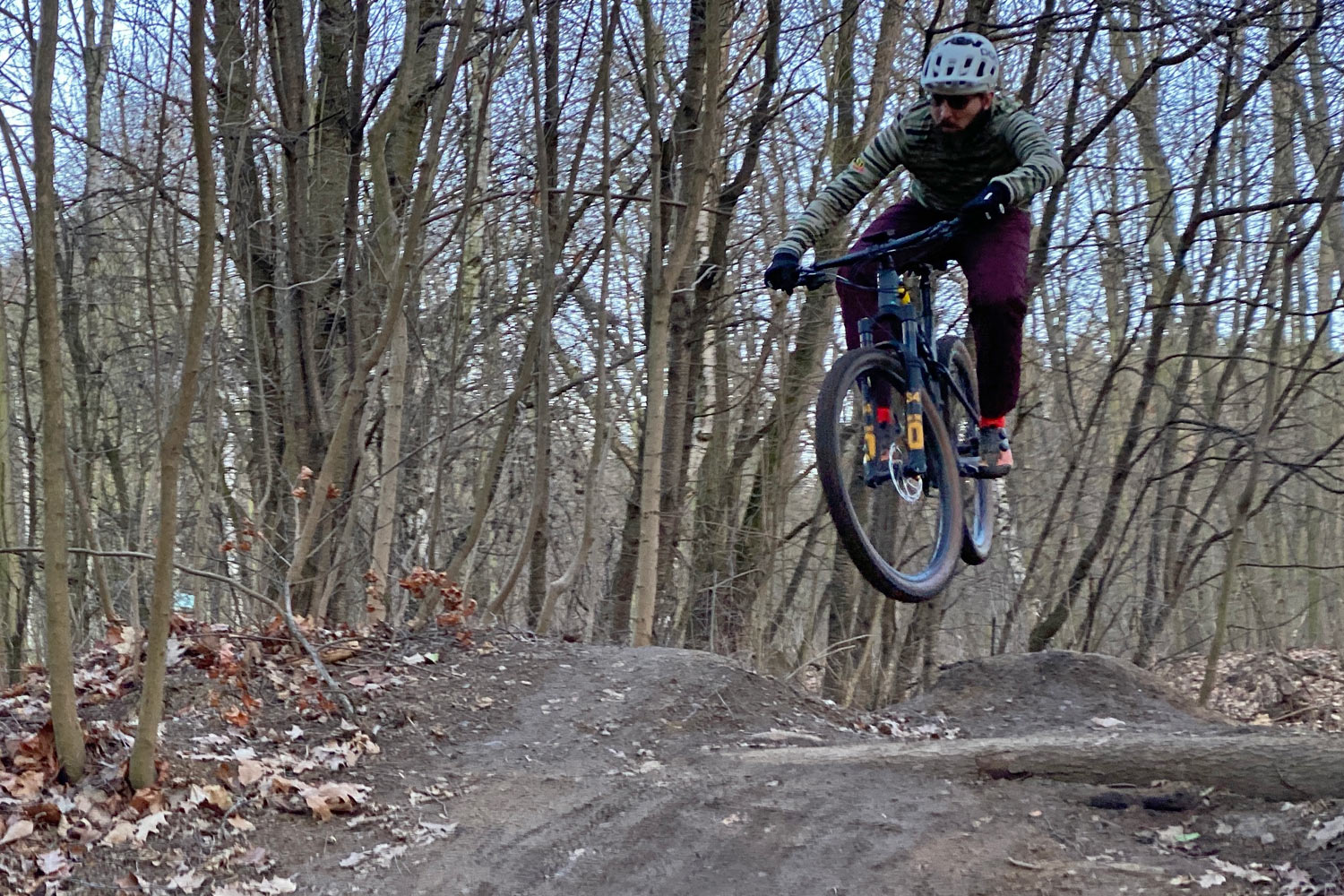 Öhlins completely overhauled their approach to short-travel lightweight trail bike suspension with their all-new RXF34 m.2 fork. Instead of a light 34mm stanchion fork with as much travel as possible, the new RXF34 pares it back with a more refined approach and only two travel options 120mm or 130mm. Pair the new 34mm stanchion fork with a capable cross country or lightweight trail bike, and you’ll likely be boosting stiffness and gaining real-world adjustability to take on faster and more technical trail riding. 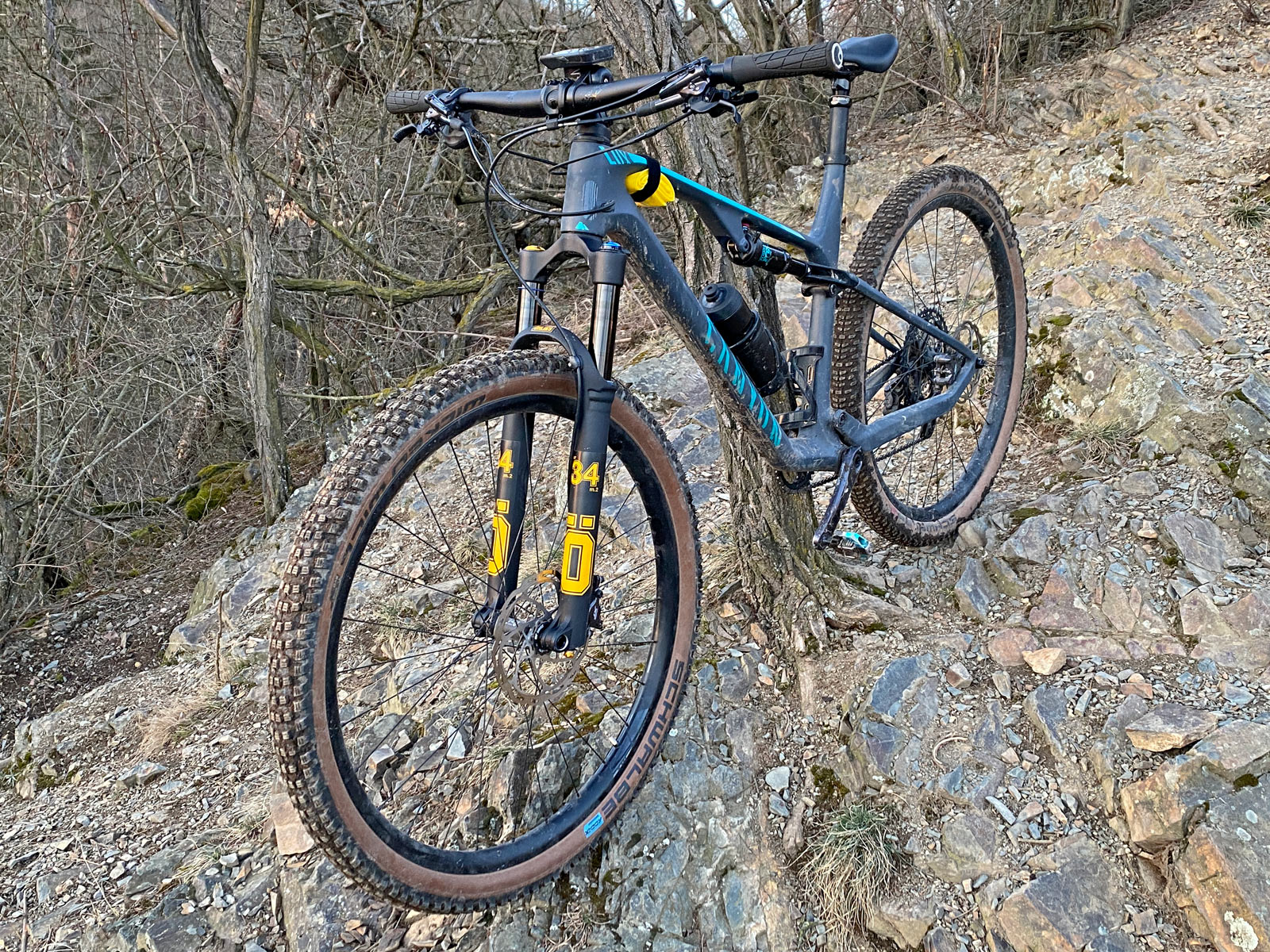 That’s exactly what we did with the new Öhlins RXF34 fork. Swapped in on the light 115mm rear travel Canyon Lux Trail bike, the 120mm Öhlins fork replaced the stock 120mm Fox 34 SC (44mm offset, 530.2mm a-c) without any change to the bikes geometry. 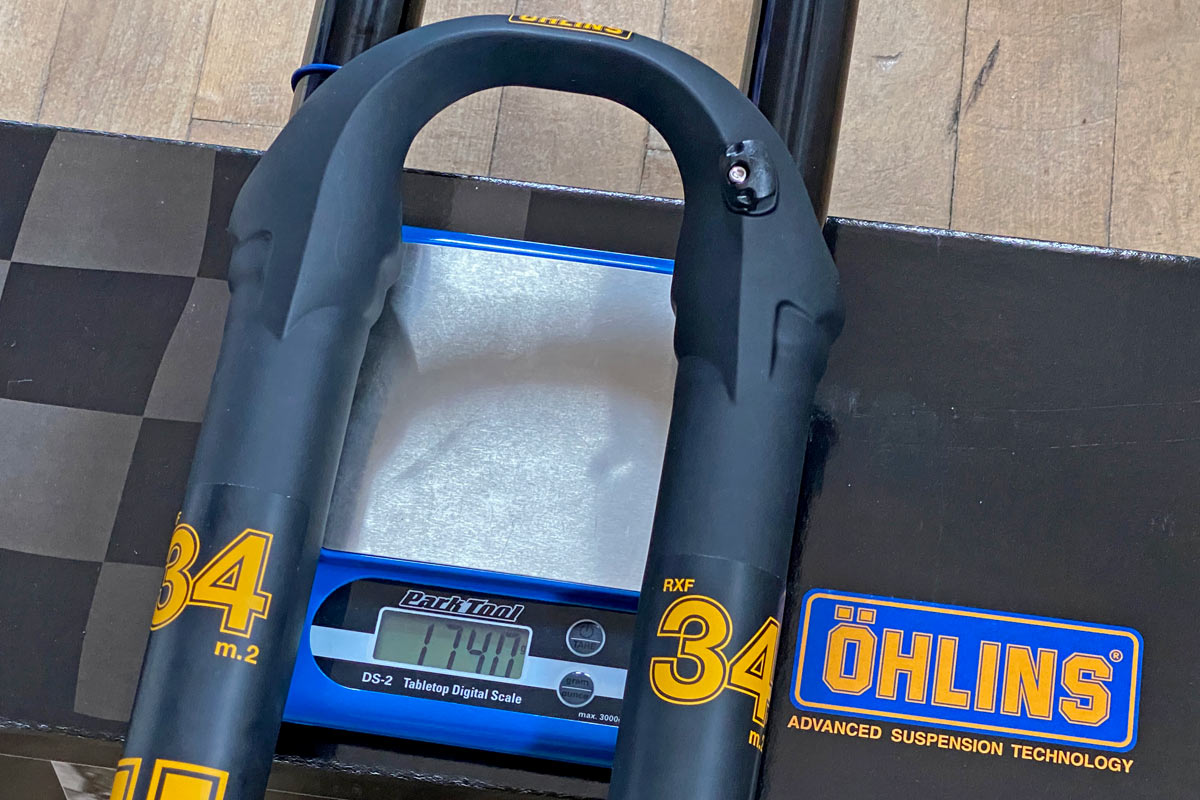 There was a real difference in weight, though. The Fox 34 SC weighed just 1556g when I pulled it off the bike, while the new 120mm RXF34 weighed almost two hundred grams more at 1740g with two volume spacers installed (and a 2cm longer steerer tube). A couple hundred grams isn’t nothing, but I can’t say I noticed any weight difference out on the trail. 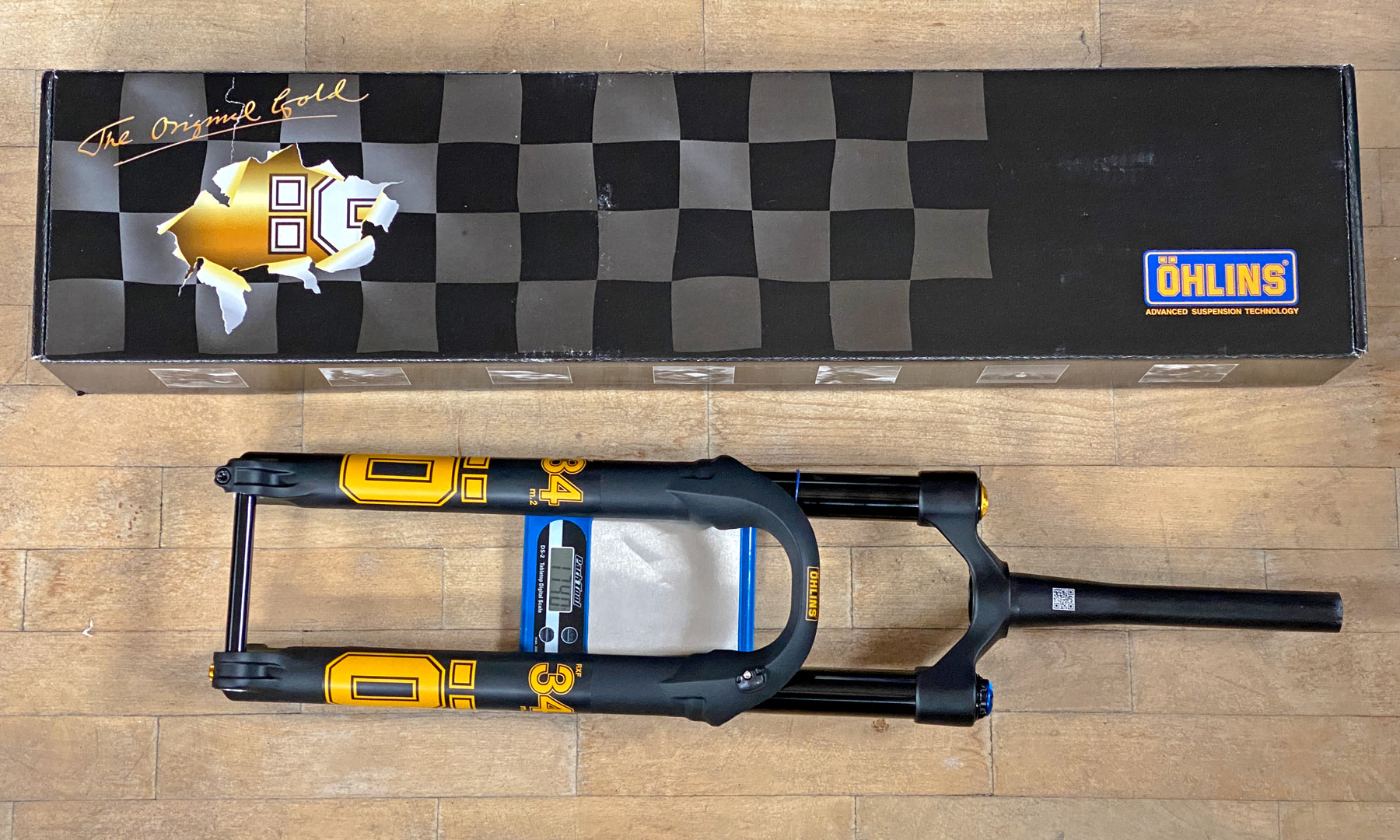 What I did notice was an increase in stiffness, a more plush-feeling ride, and more feedback from small tuning adjustments.

I hadn’t ridden the original RXF34 myself with its longer travel options. But comparing the lightweight 120mm Fox to this new 120mm Öhlins, and it was clear that the new RXF34 m.2 delivers on stiffness, and together, smoothness. The latest 2022 Fox 34 SC is already a really nice fork, and with 120mm of travel it feels like a good match to the slightly lengthened Canyon Lux Trail. But the Step Cast is still is an XC fork prioritizing low weight over stiffness or bigger volume. Now the revised Öhlins RXF34 m.2 gets down to the same claimed weight as the standard 34, with the Swedish fork still claiming to beat that one out on stiffness too. 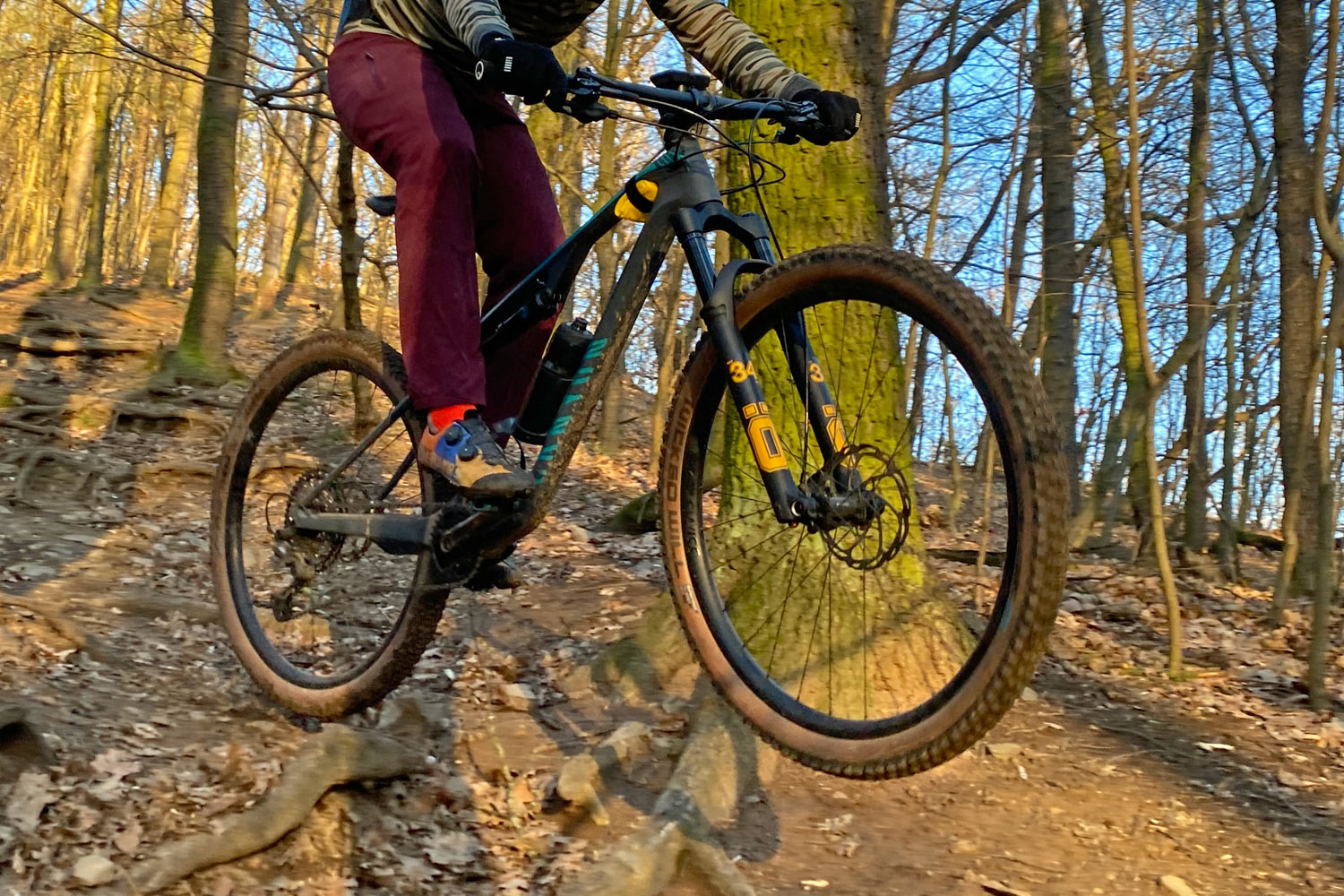 Stiffness is great for precise steering through choppy terrain and technical descents, but less fork flex also lets the stanchions slide more smoothly and lets the air spring & damper do their job without undue friction. After riding the new Öhlins fork for only three weeks now, I can only say it feels as smooth or smoother than any other XC or trail fork I’ve ever ridden.

That shouldn’t be a surprise for a new mountain bike fork with a 1294€ pricetag. But it’s a feeling you don’t want to go away, and makes me think this will be a fork you will want to follow the recommended service intervals to protect that investment over time. (Sadly, Öhlins says most of their premium forks don’t get the service they deserve, and still end up degrading in performance over time, just like lower-cost forks.) 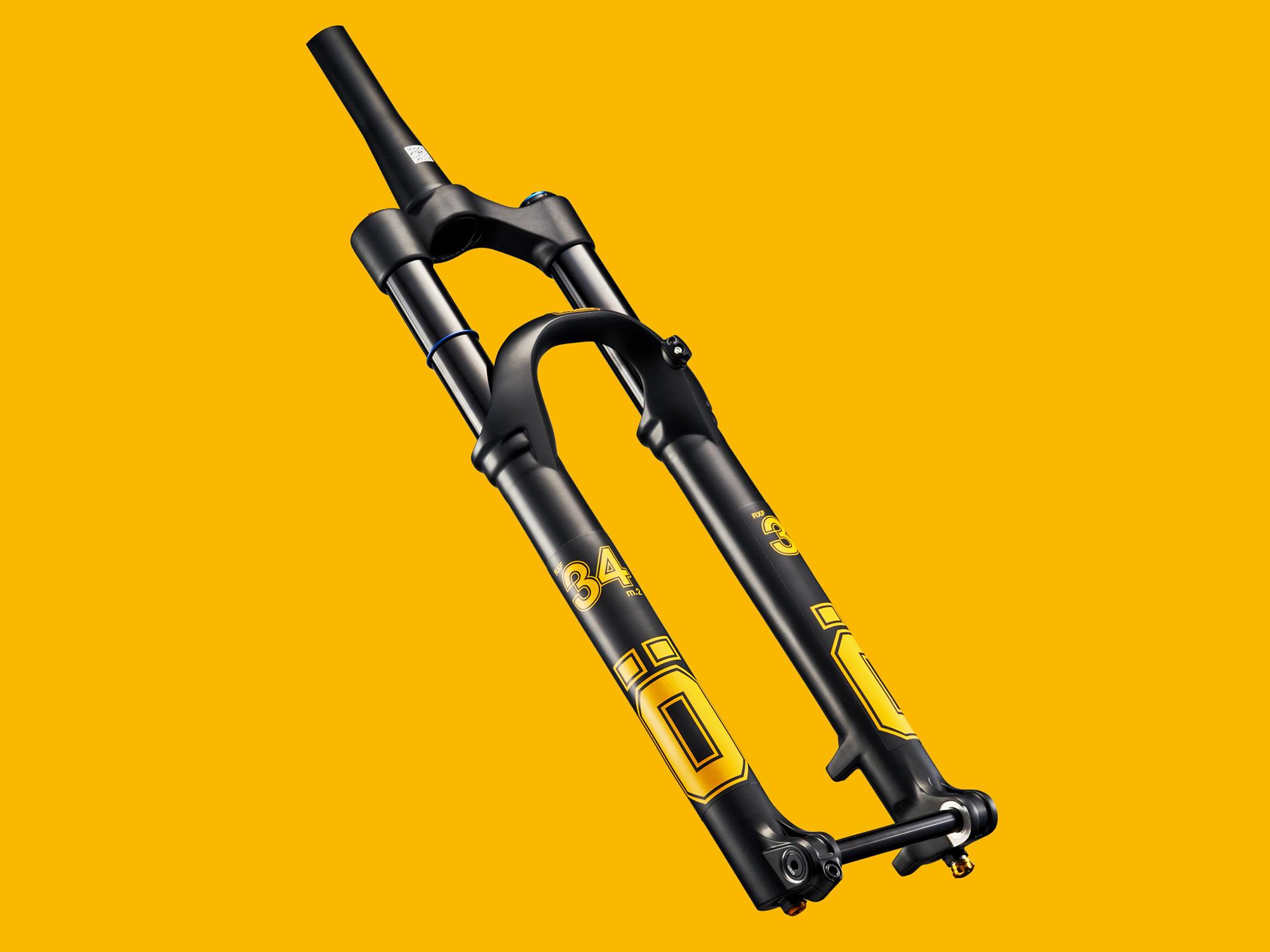 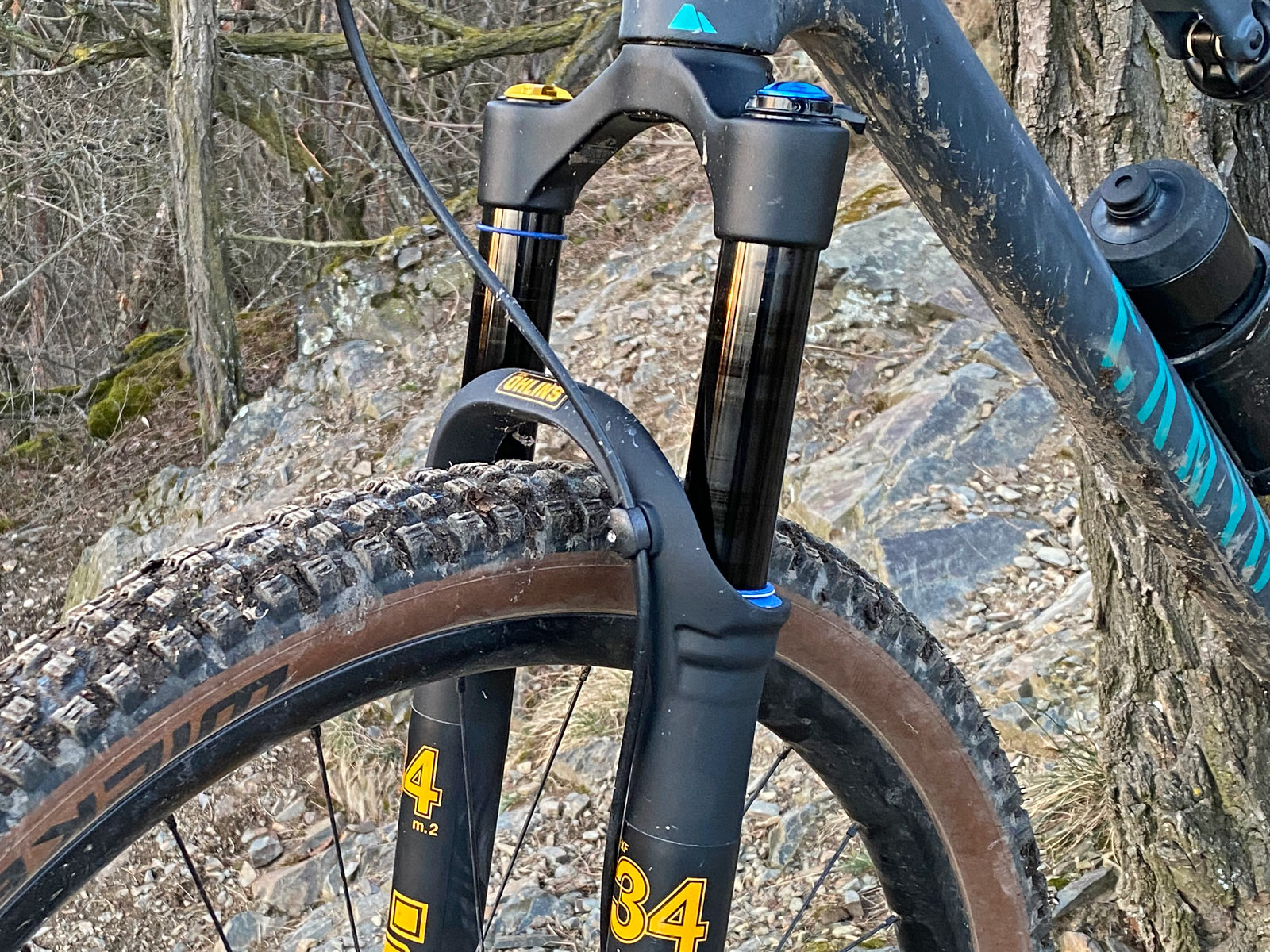 While some suspension has 30 or 40 click that don’t seem to do anything, I appreciate Öhlins’ idea of 15 clicks that you can feel… and they suggest only moving one click at a time to see how the change feels. I’ve only really started toying with my initial setup with minimal low-speed compression or rebound damping. But it’s apparent how moving a few clicks really does change how the suspension moves. 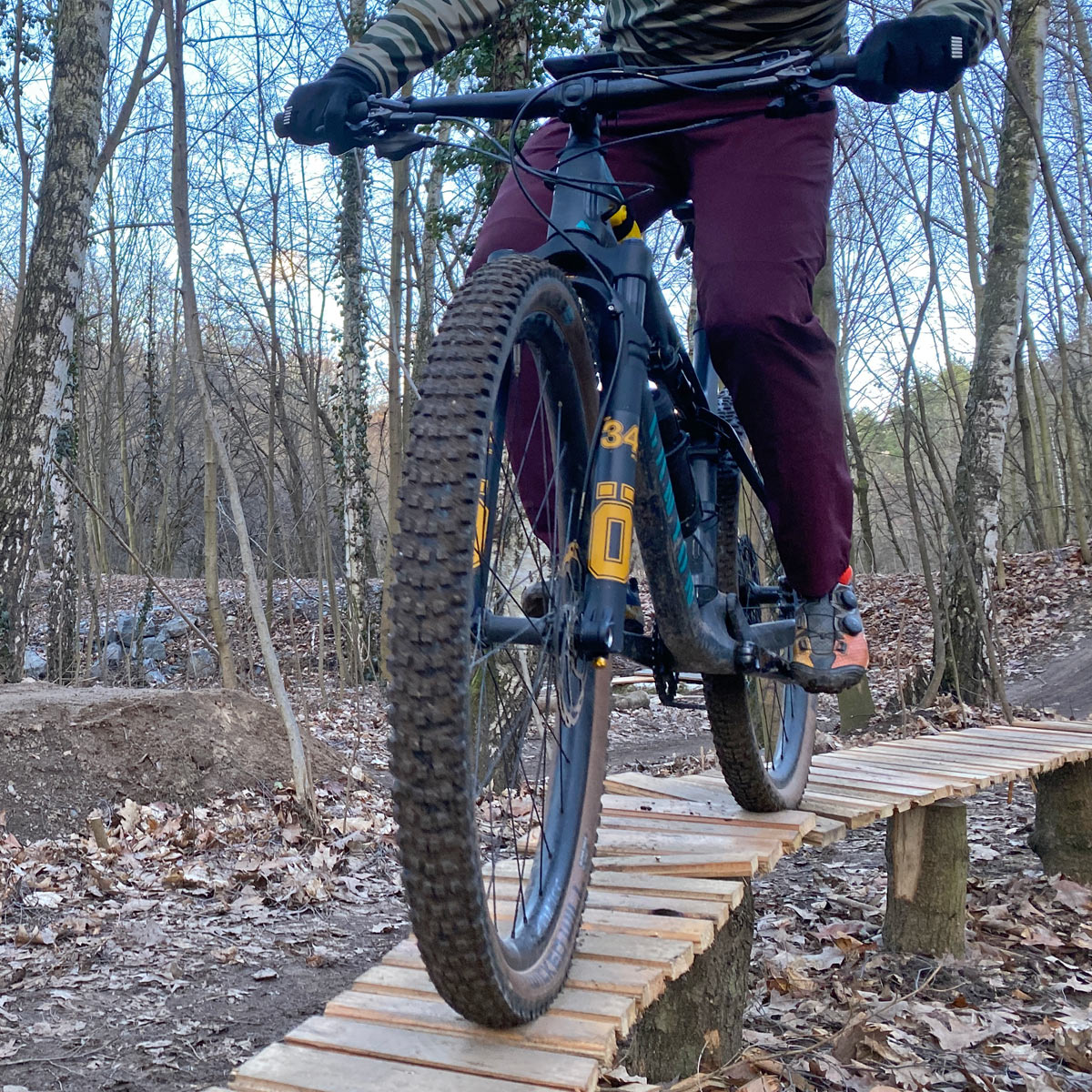 Adjusting the RXF34’s positive air spring does require a bit of attention (and reading the manual to balance the negative spring when decreasing pressure) which makes solo trailside adjustment a bit more complex than normal. But setting it up with proper sag in the shop was easy for me, and I’ve yet to fiddle with the stock volume spacer setup.

It’s a bit of a step away from remote lockouts, but the 3-position high-speed compression knob is easy to adjust from climbing to descending, even while riding. And it reminded me that I’d probably lock out a rear shock more often than a modern fork anyway. 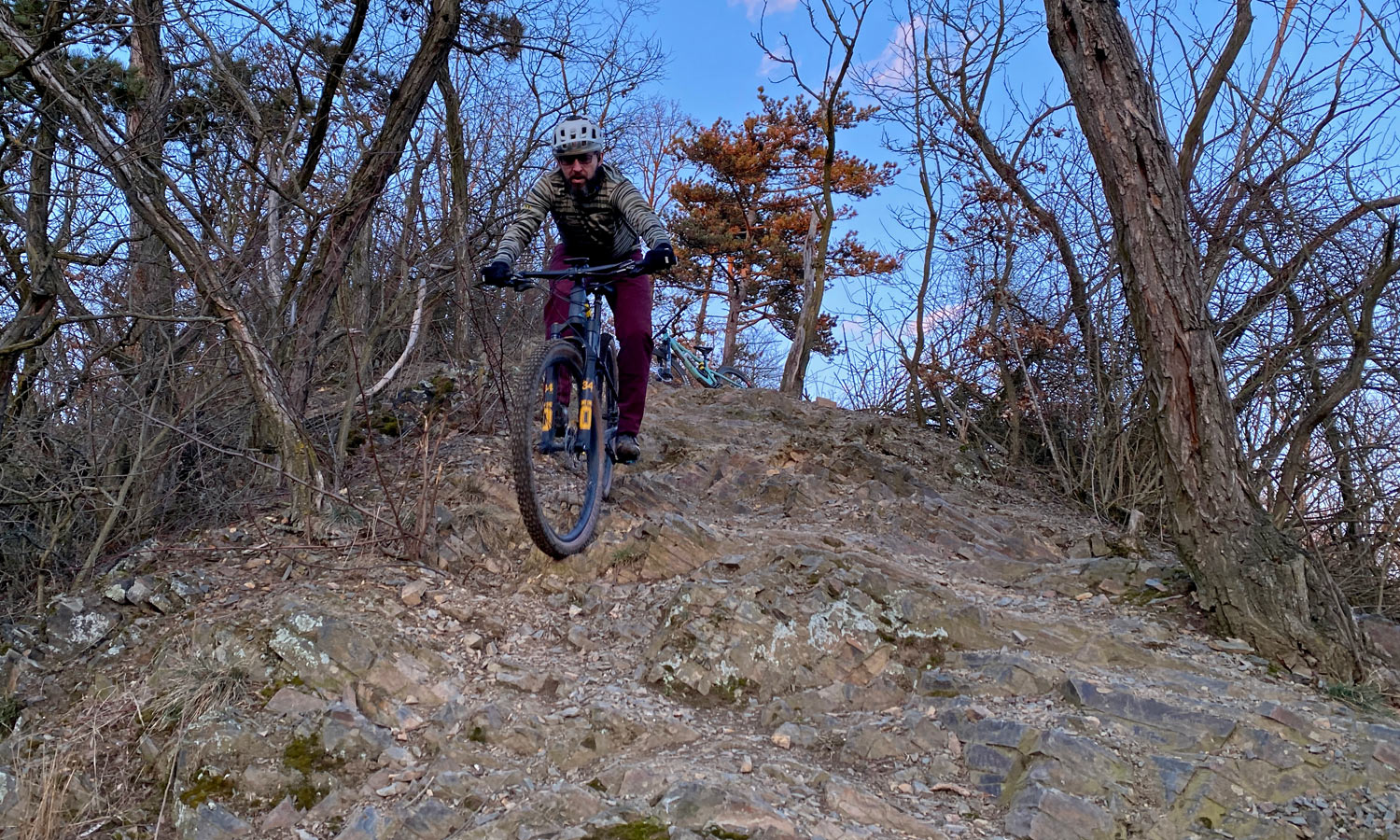 It’s still early days, but the new RXF34 m.2 fork instills a lot of trail confidence for a short travel downcountry setup. Weighing the same as a 34 and just a couple hundred grams more than a 34SC, it’s clear to me that my technical riding style benefits more from extra stiffness than extra weight savings.

The Öhlins RXF34 m.2 upgrade made the Lux Trail more of a capable trail bike than it already was, and had me searching for things to jump off of, rock gardens & steep chutes to bomb down, and even some silly North Shore bits to play on. As winter trails dry out, I’ll take on longer and more technical trail rides, and might even see about popping the fork onto a trail hardtail with some meatier tires to see how it balances with a rigid rear, too. Until then, I’ll keep riding a now faster Lux Trail with the new RXF34 up front.