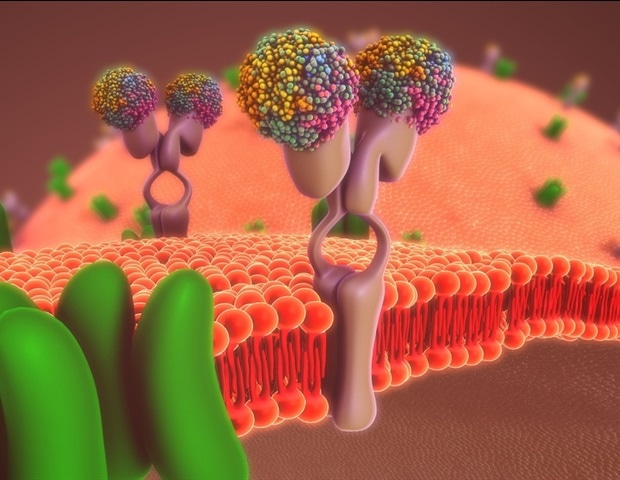 Epithelial cells, which line the surfaces and organs of the body, can protect themselves against cancer by removing unhealthy or abnormal cells through a mechanism known as “apical extrusion,” where the damaged cells are forcibly removed from the cell layer by the surrounding healthy cells. The underlying process by which the defenses of apical extrusion are overcome, allowing cells to become invasive and cancerous, have remained unknown. Now, however, a group from Osaka University have identified that a molecule called Src is key in this process.

Src is a key regulator of fundamental cell processes such as cell migration and adhesion. It is known to be encoded by an oncogene, a gene with the potential to cause cancer, because the abnormal activation or increased expression of Src has already been linked to various types of cancer. It is thought to play a key role in cancer progression but the mechanistic switch from its normal role to a cancerous one has remained unknown.

The cell membrane, surrounding the cell, contains dynamic arrangements of various molecules, including lipids. These can assemble into more ordered areas known as “lipid rafts,” The team compared contrasting phenotypes of different cells that were transformed by Src, and showed that the location of Src within the cell membrane determined how it acted. When Src was located inside a lipid raft, cancer cells were able to become invasive and overcome the protective mechanisms of the normal cell layer.

But how is the location of Src controlled? They showed that another molecule, known as CDCP1, forms a molecular scaffold that activates Src. “By analyzing cancer cells, we showed that CDCP1 promoted cancer cell invasion,” explains lead author Kentaro Kajiwara, “while inhibition of CDCP1 led to the elimination of the cancerous cells by apical extrusion.”

CDCP1 recruitment of Src to lipid rafts triggers a cascade that ultimately results in cancer cells escaping the fate of apical extrusion by invading the basal layer, but that initial recruitment step is vital in this process.

The spatial control of Src activation by CDCP1 in lipid rafts is vital to convey resistance to the process of apical extrusion and allows the cancerous cells to become invasive, promoting carcinogenesis.”

The expression of CDCP1 is already known to be increased in certain types of cancers, such as lung and pancreatic cancer and this work provides mechanistic insight into its roles in cancer cell invasion. This study shows that CDCP1 could be a promising target of drug treatment for early-stage cancers.