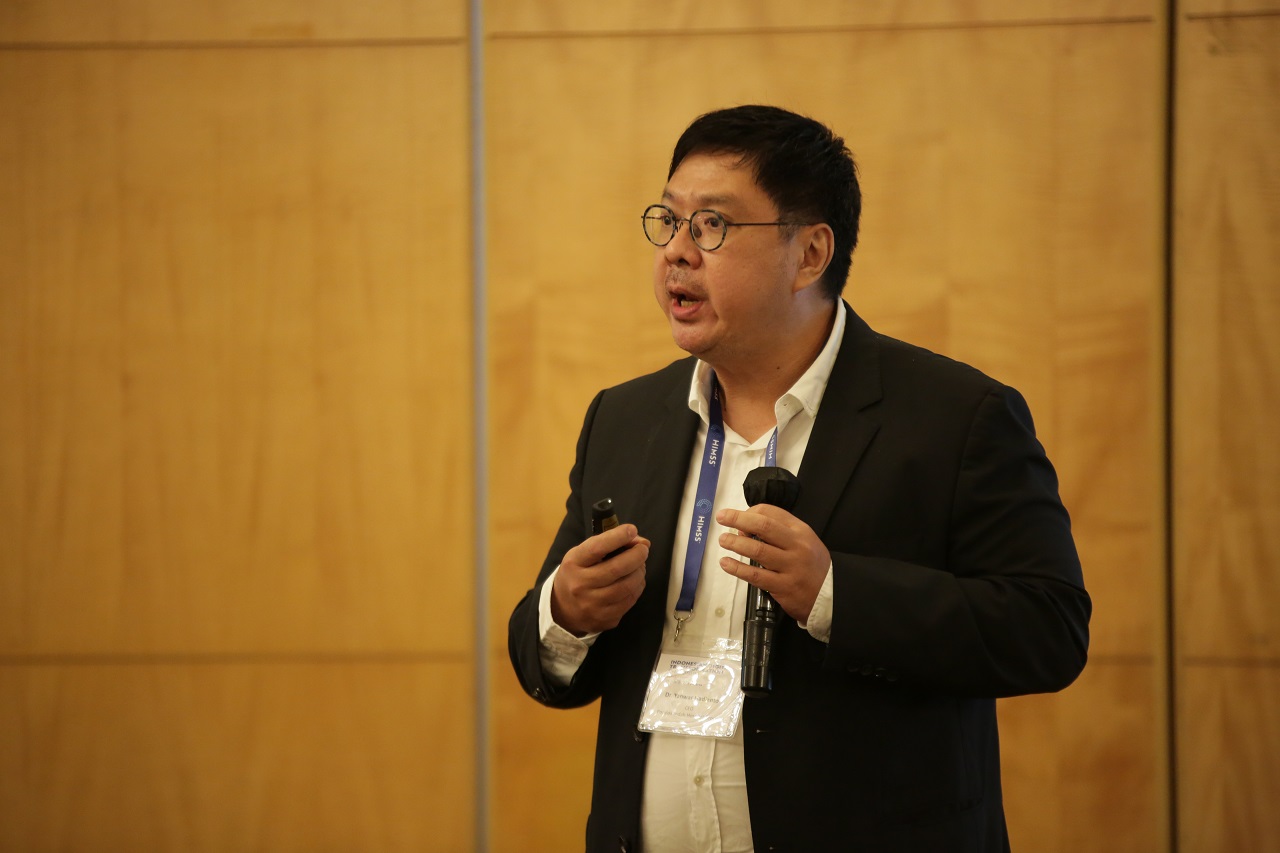 As the CEO of Pondok Indah Hospital Group, Dr Yanwar Hadiyanto played a pivotal role in ensuring that the group achieved level 6 for the HIMSS Electronic Medical Record Adoption Model in March.

Dr Hadiyanto spoke at the HIMSS Indonesian Digital Transformation Symposium held on 25 May 2022 in Jakarta. He talked about the group’s EMR system and journey to attain the level 6 mark.

Dr Hadiyanto said the group currently has an EMR system connected and updated in real time that can be accessed at its three hospitals – two in Jakarta and one in nearby South Tangerang city.

He added that group’s doctors were not allowed to input data on paper since the group implemented the EMR – except for informed consent written on paper and uploaded to the system and some other written documents required for accreditation purposes.

“We are not 100 percent electronic for informed consent,” he told the symposium.

“We also [have] nearly 100 percent computerised decision order entry; this is one of the standard requirements for the HIMSS EMRAM, that doctors must input their orders, such as lab orders, drug orders, orders from radiology.

“It must be computerised by doctors themselves, not anyone else, not [by] writing prescriptions and then [have] the pharmacy department enter [the data].”

Dr Hadiyanto said the hospital group – which established its first hospital in South Jakarta in 1986 – experienced “a big failure” in 2008 when it opened a hospital in West Jakarta. It decided to go electronic because it was new and did not have as many patients. He added that scalability was a problem facing the new branch.

Dr Hadiyanto said the hospital group had implemented a single access EMR sourced from outside Indonesia. He cited that when a doctor entered the data of a patient, other departments could not access it, and more patients meant a worsening problem.

He added that the group implemented the same EMR system into its call centre – with another problem looming.

“When many patients called and [their data] had to be entered into the EMR, some of the information got lost because the EMR was unreliable,” he told the symposium.

Describing its unreliability, he added that some patients registered at the new hospital dialled in – but the group could not find their appointments in their system.

Dr Hadiyanto thanked HIMSS for helping the hospital group with the EMRAM validation process for “approximately the last six [to] eight months”.

He said one of the reasons the group decided to go through the validation process was because it wanted to assess its standards and ask itself what it lacked.

“We needed some kind of standards and [assurance] that what we are doing is appropriate,” he said.