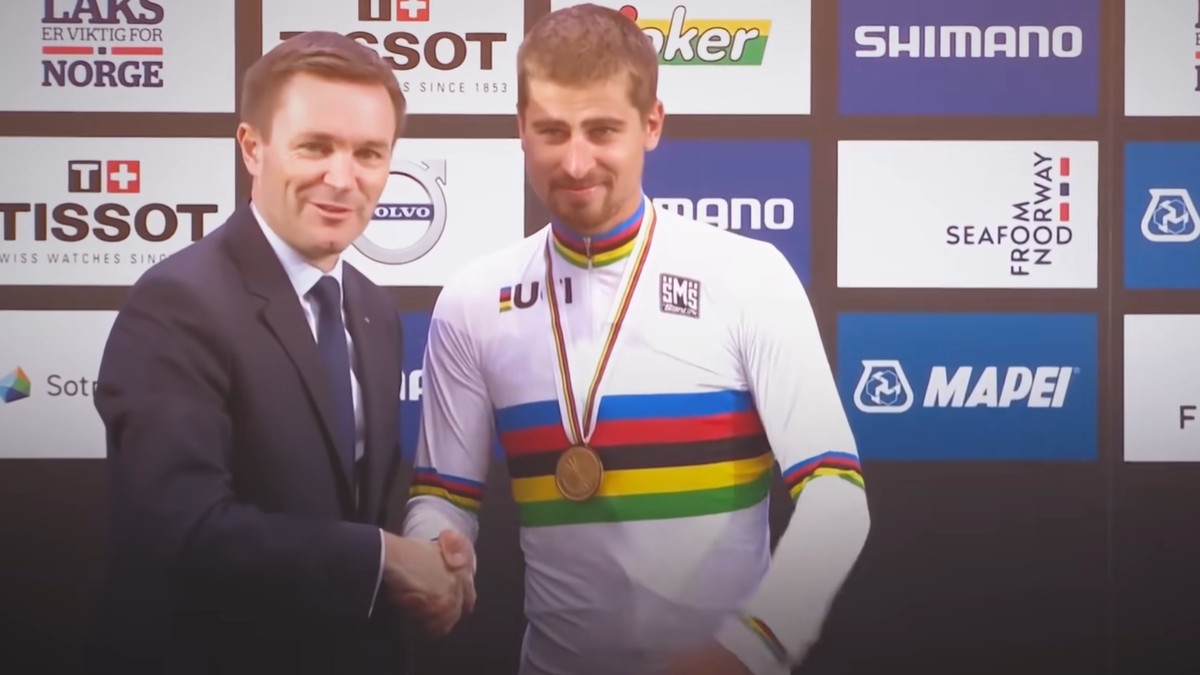 The 2022 cycling season has not been kind to Peter Sagan, to say the least. His getting afflicted with COVID-19 for a second time ruined all of his plans, apart from that, a recent surge of illness took down his from just as he was preparing for the Classics stage.

Peter Sagan is known for generously helping out his teammates, and this time around, he had support from his TotalEnergies teammates. He basically surfed like on a tidal wave during the last stretch of the sprint, whereas other cyclists barely managed to keep themselves straight.

Another vista that Sagan showed, was how he emerged out of the chaos during the last stretch. You know how it goes, nearing the end, everyone goes into a frenzy. Sagan even kicked down David Ballerini and the rest of Quick-Step Alpha Vinyl behind, then made his way to the sweet spot down the center of the road for an amazing lead on the front.

With the finish line nearing in, he was going to make it there, but his stamina died down as he was passed down by Tim Merlier (Alpecin-Fenix) who made it to the finish line in an amazing display of caliber. Olav Kooji (Jumbo-Visma) showed great expertise as well as he snatched second place. Kaden Groves (BikeExchange-Jayco) came at third while Peter Sagan ended the sprint at the fourth position.

Sagan did not make it to the podium, but he showed that his form is indeed recovering, winning the fourth position is no easy task. After the finish line Peter Sagan stated:

They came up and over me from behind really strongly and with speed, and that made the difference.

I have to thank all the team for all their support. The most important thing was to be up front in the final three kilometers and we were. That’s why I was able to be up there and in the mix.

Although Sagan was not able to win the sprint, as he hoped to, he showed top physique and form. He even impressed his rivals with his stunning performance. There is a long road ahead of Sagan, plenty of surprises as well. Stay tuned for more updates!