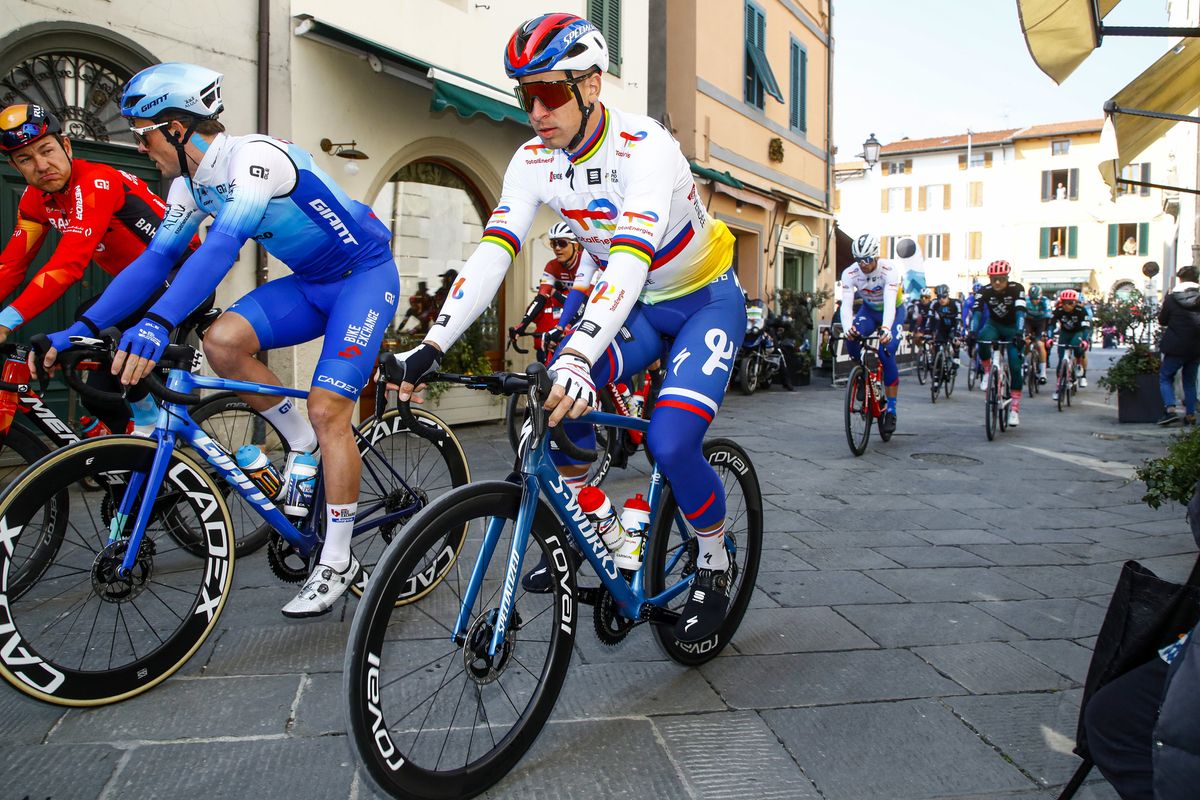 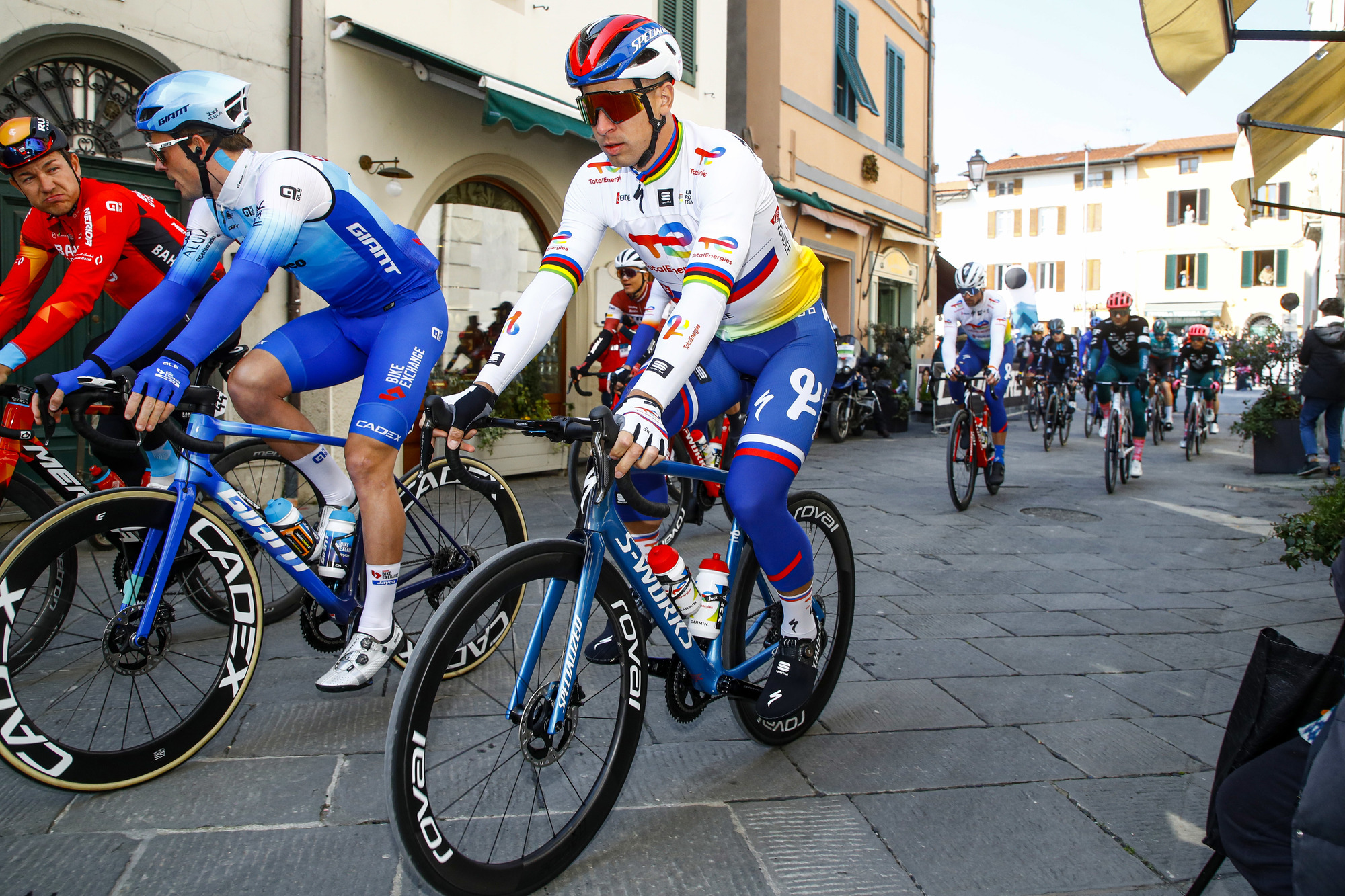 Peter Sagan has endured a terrible start to his 2022 season, with a second bout of COVID-19 wrecking his January training and then a recent illness leaving him with little form just as his Classics rivals step up their seasons in the March stage races.

Yet the whiff of a sprint opportunity, a chance to use his superior bike skills in a hectic peloton, and suddenly he was up front and sprinting for victory in Sovicille on stage 2 of Tirreno-Adriatico.

Sagan had excellent support from his new TotalEnergies teammates and he then surfed his way through the peloton in the slightly descending final three kilometres as other sprint teams lined out left and right. The road was narrow and the likes of Elia Viviani (Ineos Grenadiers) and Caleb Ewan (Lotto Soudal) lost their lead out trains.

Sagan, however, emerged from the chaos in the final kilometre and was suddenly up front, in the sweet spot down the centre of the road. When QuickStep-AlphaVinyl dragged Davide Ballerini to the front and led out the sprint, Sagan was quick to jump on the Italian’s wheel and then kick past him in the final hundred metres.

For a second, Sagan could see the finish line and victory ahead of him. However, there are no gifts in professional sprinting, and when Sagan’s power was replaced by lactic acid, Tim Merlier (Alepcin-Fenix) came off his wheel to dive to the line and win.

20-year-old Olav Kooij (Jumbo-Visma) was again impressive to take second after a similar result at the UAE Tour, and Kaden Groves (BikeExchange-Jayco) also came past Sagan to claim third.

There were no rewards and no podium ceremony for Sagan, and so little to celebrate, but it was a sign that he is not done just yet.

“They came up and over me from behind really strongly and with speed, and that made the difference.

“I have to thank all the team for all their support. The most important thing was to be up front in the final three kilometres and we were. That’s why I was able to be up there and in the mix.”

Sagan didn’t have much else to say, his expectations still higher than his current form. He was unable to produce much of a sprint, but his positioning was impressive. Even Merlier admitted that.

“With 500 metres to go he was on my right, we weren’t fighting but we wanted to be on the same wheel,” Merlier said. “I let him pass because I saw it was still a long way to go. Then I came off his wheel and won. I’m happy I could pull off and beat him.”