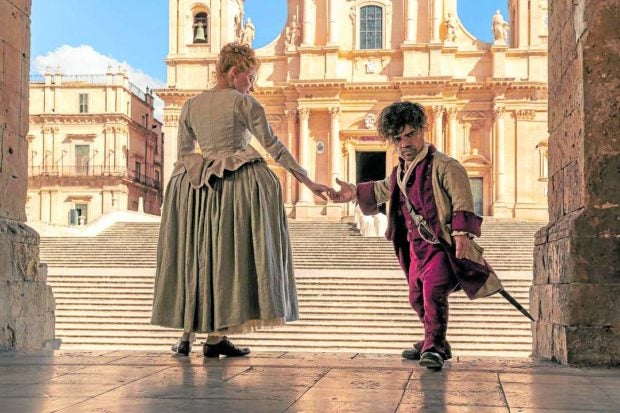 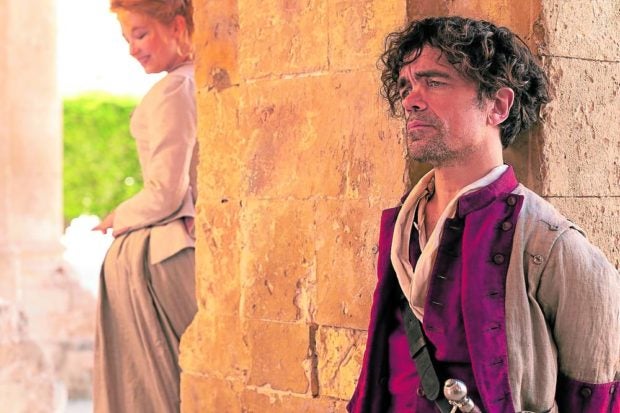 What is Cyrano de Bergerac without his oversized nose?

“Cyrano’s story endures because everyone can relate to the desire to be loved and to be seen,” said Schmidt when we spoke to her, Wright and the movie’s main cast in a recent interview. “You can relate to the fear that there’s something about you that makes you unworthy of love and attention.”

But Universal Pictures International’s stage-to-screen production turns Rostand’s classic allegory about inner versus outer beauty on its head by doing away with the protagonist’s obnoxiously large nose. “Yes, our version is unique because there’s no [distracting] big nose here. The nose has been a massive part of the original play.

“Also, Roxanne has been adapted to have a little more clarity about what she wants, which is left unsaid in Rostand’s play. Then, there’s the music (by the rock band The National), which is unlike anything you’ve heard in movie musicals these days—and I think that’s what makes the production stand out.

Perhaps even more radical than the aforementioned change is the production’s choice in its lead actor. For this production, the lead character is a dwarf—although the actor playing Wright’s Cyrano isn’t just any little person.

This time, the character is being portrayed by 4-foot-4 tall actor Peter Dinklage, who is Hollywood’s most famous dwarf for a reason: He has won a Golden Globe, a SAG (Screen Actors Guild), and four Emmys for his portrayal of Tyrion Lannister in “Game of Thrones.”

The 52-year-old actor even sings in “Cyrano.” He was also unforgettable in “The Station Agent,” “Death at a Funeral,” “Three Billboards Outside Ebbing, Missouri” and “I Care a Lot.”

“Love has been around since the beginning of time, so we’re still trying to define it and figure out what the heck it is,” mused Dinklage. “Is it real? Is it just desire and attraction or mere friendship? These are questions that we’ve always asked ourselves, from Shakespeare to Rostand.

“Also nowadays, I feel like this resonates even more because the internet enables us to hide our true selves—and we’re able to do that more than ever because we can reach so many people now. We’re creating these personas of ourselves who may or may not be who we really are.

“And this calls into question, as therapy often does, who your true self is. Who is to say that what we see on social media isn’t the best representation of you. But will the person who professes to love you respond to the real version of you that you didn’t invent? Such is the dilemma in ‘Cyrano,’ a story that was written 120 years ago, well before the internet. And it’s still happening today.”

For director Wright, the cerebral Bafta- and Venice fest-winning filmmaker behind such films as “Atonement,” “Pride & Prejudice” and “Darkest Hour,” he thought Dinklage’s casting as the lovelorn nobleman was a masterstroke.

“Peter’s lifetime of experiences informs his performance as Cyrano. Most actors who essay this character are usually tall and handsome performers who can just go to the dressing room and take off the big nose after the scene, go to the bar, and be their big handsome-actor selves again.

“On the other hand, Pete is very handsome … but not very big. That’s what allows him to bring a measure of authenticity and immediacy to the role. He brings a lifetime of people seeing him as ‘different’ … he brings with him humor that has grown from defense and a lack of trust in other people’s capacity to see him for who he is.

“You know, a lot of a movie’s creative success relies on the right actor in the right role at the right time, as was the case with Gary Oldman in ‘Darkest Hour,’ and I believe that Peter’s is equally such a performance in our movie.”

Asked how he ended up bringing the stage production to the big screen, the British director explained, “I really wanted to make a love story again. I hadn’t done one in a long time, so I’ve been looking for a story to tell, partly because that’s the place I was in in my life.”

Yes, Wright has been in a relationship with Bennett, with whom he has a daughter, since 2018. Similarly, Dinklage has two kids with Schmidt, whom he married in 2005.

Wright further recalled, “I got invited to see this very tiny workshop production in Chester, Connecticut, with Peter playing Cyrano and Haley in the role of Roxanne. And suddenly, my mind was set on fire. I thought it was an incredibly immediate, authentic and visceral take on the classic that felt fresh and modern.

“I don’t really like musicals. I like some, but I don’t like the musicals of the ’80s and ’90s. I really love ‘Cabaret’ and ‘All That Jazz’ … I also love dance and opera. Funnily enough, I love some of the older MGM musicals. But one of my favorite scenes of all time is Marlene Dietrich singing ‘Falling in Love Again’ in the 1930 film, ‘The Blue Angel.’

“So, I wanted to create a musical for people who didn’t like musicals, really. I guess my problem with a lot of musicals is the music itself. I have a lifelong passion for music, but when music is prostituted for the sake of cheesy ambition, I get upset.

“The most challenging here was creating a musical that felt fresh and intimate, and avoiding the kind of ’80s and ’90s Broadway clichés of declamatory singing. I wanted something that felt as natural as speaking or breathing when it came to the singing, that’s why we recorded all the singing live.”

From villain to hero

For Dinklage, a role has to resonate for him to be able to commit to it, regardless of genre.

“They’ve got to ‘speak’ to me,” he said. “I can’t repeat what I’ve done previously. I like jumping from villain to hero, and back and forth. In ‘Cyrano,’ I have to engage in swordfight and sing in it, too. I’ve never done that before.

“I pick these diverse roles so as not to bore the audience and myself. I don’t want to get stuck in the repetitive nature of the characters I play, because that’s what they want you to keep doing, especially if you do a good job at one of them. But that’s not what I want. I always want to do something completely different. Luckily, I have a job where I can work and mix it up a bit.”

Dinklage said that the challenge to sing in a screen musical was a risk worth taking—a “double the risk, twice the fun” kind of endeavor.

“Doing this was very unnatural for me, that’s for sure,” he admitted. “But I have always loved movie musicals, from ‘West Side Story’ to ‘Singin’ in the Rain.’ More than any other film genre, the musicals have the ability to make you tap your feet and lift your spirits—and I just wanted to try something like that to the best of my abilities.

“I can sing, but I’ve never considered myself a singer. But really, what’s the difference? If you put your heart and soul into something, isn’t that all that matters?

“Some of my favorite singers don’t necessarily have the most operatic voices—they just have real soul to them. Matt Berninger, the singer and lyricist of the band The National who wrote all the music for this, has that quality—and then some.

“Yeah, doing ‘Cyrano’ was very daunting and nerve-wracking, but that’s what I go to work for—to be challenged and take risks.”