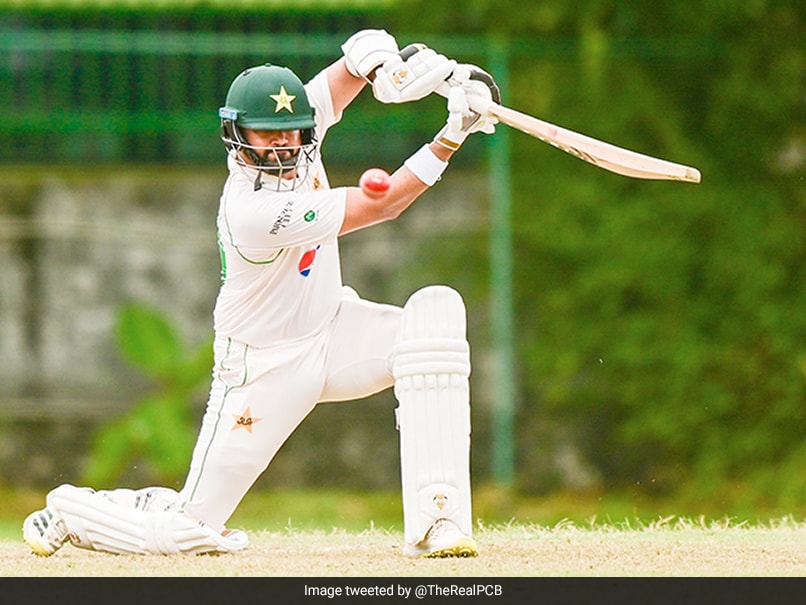 The touring Pakistan cricket team is currently involved in a warm-up match with the Sri Lanka Cricket XI at the Colts Cricket Club Ground in Colombo. The final day of the match is being played in the backdrop of massive protests in the country due to the escalating economic crisis. On Wednesday, Prime Minister Ranil Wickremesinghe, who is the acting President, declared Emergency in the island nation as protests grew hours after it emerged that President Gotabaya Rajapaksa had fled the country.

Protesters have taken over Sri Lankan Prime Minister Ranil Wickremesinghe’s office following a clash with security personnel, who tried to hold them off using teargas shells and water cannons.

Earlier in the day, President Rajapaksa landed in the Maldives. He left the country on a military aircraft with his wife and two bodyguards.

???? A quick glance at the warm-up encounter in Colombo ????#BackTheBoysInGreen #timelapse pic.twitter.com/vxoBvJaVqj

The Pakistan Cricket Board shared photos from the third day of the match on its Twitter handle. “Final day of the warm-up game against Sri Lanka Cricket XI is taking place at the Colts Cricket Club Ground in Colombo,” PCB wrote on Twitter along with the photos.

Final day of the warm-up game against Sri Lanka Cricket XI is taking place at the Colts Cricket Club Ground in Colombo ????

Pakistan had scored 301/9 in the first innings riding on an impressive 88 from skipper Babar Azam. SLC XI responded with a total of 375/8. Pakistan’s second innings is currently underway.

There were widespread protests in the country even when the national team was playing Australia in an all format series which ended in a spectacular Test win for Sri Lanka, which saw them draw the two match series 1-1.

Sri Lanka had lost the T20I series but managed to cause a big upset by winning the ODI series against the Aussies.

Pakistan are scheduled to play 2-Test matches in the island nation but with rising tensions, one will have to watch out whether the series could go ahead.

Sri Lanka are currently third in the World Test Championship points table while Pakistan are fourth.