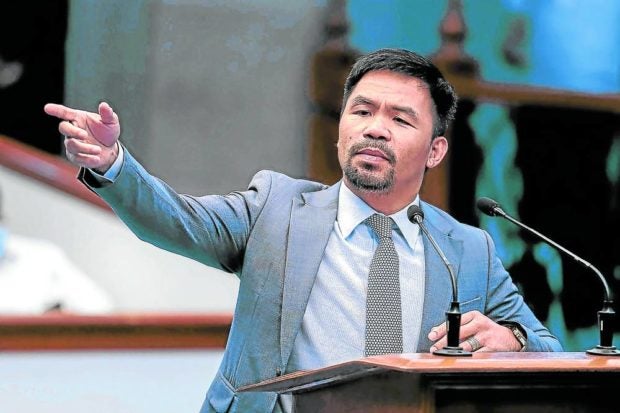 MANILA, Philippines — Presidential candidate Senator Manny Pacquiao on Wednesday said he wants magistrates and commissioners of the Commission on Elections (Comelec) to be elected and not appointed by the president.

Pacquiao said that if elected president, he would push to change the system in appointing key officials, saying some should be elected so as to avoid bias toward those who appointed them.

(When the time comes, we will change the system, especially in appointing officials because at the end of the day, he or she will favor those who appointed him or her. We are not generalizing but there surely will be bias because you were appointed.)

(Officials in those positions should be elected. It would be better so that they won’t be compromised. They are there in the position because he or she was elected.)

He, however, clarified that there are officials, particularly in the administration’s Cabinet, that need to be appointed by the President — these include officials of the Department of Budget of Management, Department of Finance, and Bureau of Customs.

(Because they would help the President run the country.)