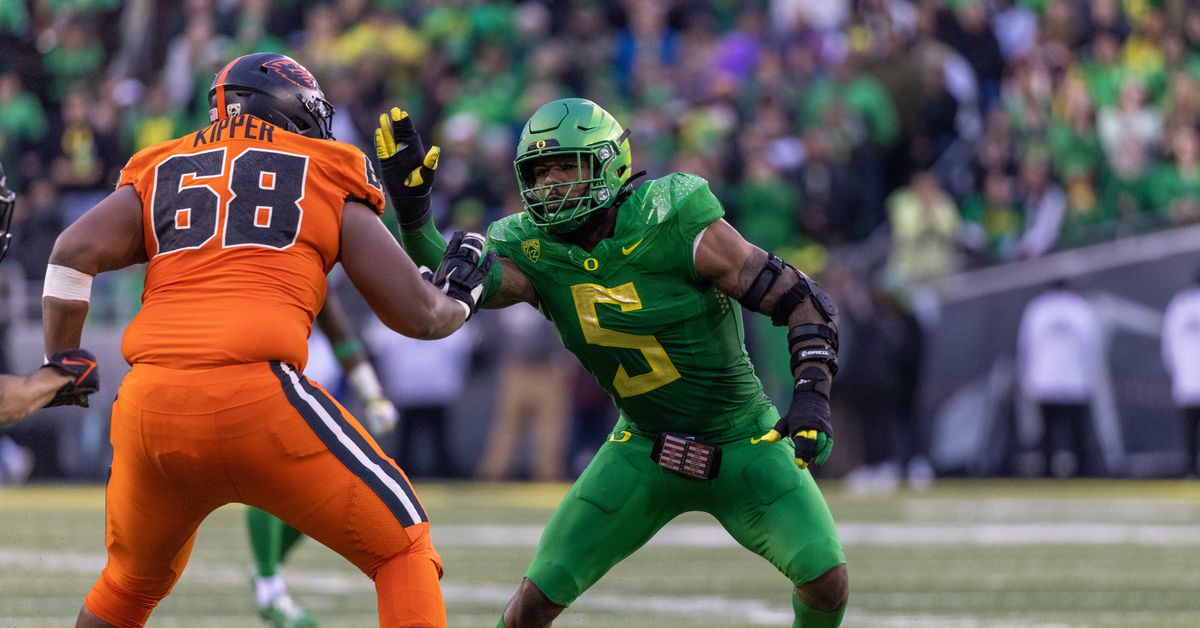 There are generally huge misconceptions about the NFL Scouting Combine. It’s become the premiere hand-wringing event for fans to get all worked up over the minutia of 40 times and bench press reps, often using these static marks to predict success in the pros over a mountain of tape.

In reality, the combine is more about supporting and confirming the work of scouting departments to showcase their findings to decision-makers. For most coaches and executives it’s the first time they get to see the prospects up close, and in a perfect world you get a harmony between scouting, coaching, and executives where everyone is on the same page to establish a draft board.

So while the combine isn’t really for fans, it has become a must-watch event in the lead up to the draft. That said, there are still things we can discover. So let’s dive in to what we can learn from the combine, and what we want answers to.

Will a quarterback rise to the top?

I’ll admit, this probably isn’t a question we’ll really get answered. While on-field performance at the combine tends to be important for receivers and cornerbacks, it’s less of an emphasis for other positions, especially quarterback.

When it comes to quarterbacks, everything important will happen away from the cameras. The interview process is where a team can fall in love with a prospect, and that’s going to have to happen in order for a passer to be taken early this year. Whether it’s Kenny Pickett, Malik Willis or Matt Corral, there are significant concerns about each of these players at the next level. Whether it’s maturity or lack of production, there’s no quarterback in the 2022 class who is a slam dunk. That could really make these combine interviews critical.

It’s also vital as a fan to take anything that leaks from these interviews with a grain of salt. It’s been shown time and time again that teams are willing to throw players under the bus, or attempt to hurt their draft stock in order to manipulate their potential to select a player. Remember when “a source” from the combine in 2011 said Cam Newton couldn’t diagnose a play on the white board? He went No. 1 overall and thew for over 4,000 yards his rookie year.

So scrutinize what you hear, but also pay attention to the general hype coming out of the process. It’s how we could see a player jump rounds in the draft, just as Mac Jones did in 2021 when he was seen as a fringe 2nd or 3rd rounder before interviews during his pro day (there was no combine in 2021 due to Covid) cemented him as a high draft pick.

Who will separate themselves in the second tier of cornerbacks?

This is a really interesting year for cornerbacks, because this draft is so deep in talent. It’s widely accepted that one player, LSU’s Derek Stingley Jr. is at the top of the class, but from there it’s really difficult to separate the players.

There are pros and cons to all of the second-tier first round corners, with a logjam in the projected teens and early 20s between Ahmad Gardner, Andrew Booth Jr., Roger McCreary and Kaiir Elam — all of whom are expected to go in the first round. Ordering those players could come down to speed, the cone and shuttle drills, and coaches seeing how fluid these players are.

Corner is one position where measurables do matter, especially when this crop of talent is this close based on film.

Which will receiver will skyrocket up the board?

This will happen. It happens every single year. It might not be some meteoric rise into the top-15, but a receiver is bound to put up some ludicrous combine numbers and spark the imagination of a team.

When it comes to the top receivers the easy answer is Alabama’s Jameson Williams who is profoundly quick, but probably won’t be able to improve his draft stock any further, where he’ll likely be a top-15 selection barring something ridiculous.

If you want to try and watch a player who could become a household name overnight, look at Memphis’ Calvin Austin III. A former track star, Austin III has a reported 4.24 time in the 40. In the modern NFL that could be enough for teams to overlook his 5’9 height and imagine using him as an all-purpose weapon. To make matters better, Austin III isn’t just all speed with no talent. He’s had back-to-back 1,000 yard receiving seasons for the Tigers, and that could lead to a team falling in love.

I’ll be watching to see if Austin III can back up his straight-line speed with quick-twitch in the shuttle and cone, as well as see if he has a vertical that can help him elevate against larger defensive backs. If all that comes together, we really could see a profound rise.

How ridiculous will be the big hoss offensive line competition get?

When it comes to what I’m excited about this combine, this is it. The term “unicorn” is draft parlance for a player who has such rare physical tools that they are unlike anything we’ve seen in the NFL before. This year we have two, and they’re both offensive tackles.

At this point you’ve probably heard of Evan Neal, the 6’7, 351-pound offensive tackle from Alabama with unreal athleticism for a man his size. Neal will be selected in the top 10, potentially even No. 1 overall by the Jaguars, as many have predicted.

The name you might be less familiar with is Minnesota offensive tackle Daniel Faalele. If you thought Neal’s measurables were ridiculous, well, you’re not prepared. Faalele stands at 6’9, 379 pounds. The Australian native didn’t learn to play football until he was a teenager, and not only has unreal size, but enough athleticism that the Golden Gophers even used him as a fullback in goal line situations. He’s projected as a late first, early second round prospect.

I cannot wait to watch these two mammoth dudes show off their skills at the combine. Whether it’s the bench press, or the agility drills, I just want to marvel at players this large proving while football players are unnatural humans. It’s a specific desire, but it’s one I can’t wait for.

Will we see a running back show enough to be taken in the second round?

If you need more evidence of the de-emphasis at running back in the NFL, look at this year’s running back crop. It’s not that this group is really that bad, but as it stands it doesn’t look like any player will be taken in the first two rounds at the position, let alone the first.

Of the class it’s Texas A&M’s Isaiah Spiller and Iowa State’s Breece Hall who could push themselves up if a team believes in them. Both are big, bruising runners with flashes of pass catching ability, but not proven production.

Position drills could be key to seeing if either guy can improve their stock.

Will Kayvon Thibodeaux be the combine monster we expect?

There is no doubt Kayvon Thibodeaux is one of the brightest stars in this draft. While his stock has fallen away from being the lock No. 1 pick, there is no doubt his physical traits and explosive play will find a home in the NFL.

I don’t believe anything short of a complete implosion in Indianapolis could really hurt Thibodeaux’s stock, but the combine is still important. This is a player who makes plays with his explosiveness and athleticism, so the measurables will matter.

How high Thibodeaux is selected will be determined by whether a coaching staff believes they can supplement his talent with better fundamentals. As it stands his pass rushing is more or less confined to “being stronger and faster than anyone else,” but if he masters some moves he can be a force in the NFL.

But first, let’s see how those measurables stack up. A great outing could re-ignite conversation around Thibodeaux being the No. 1 pick.