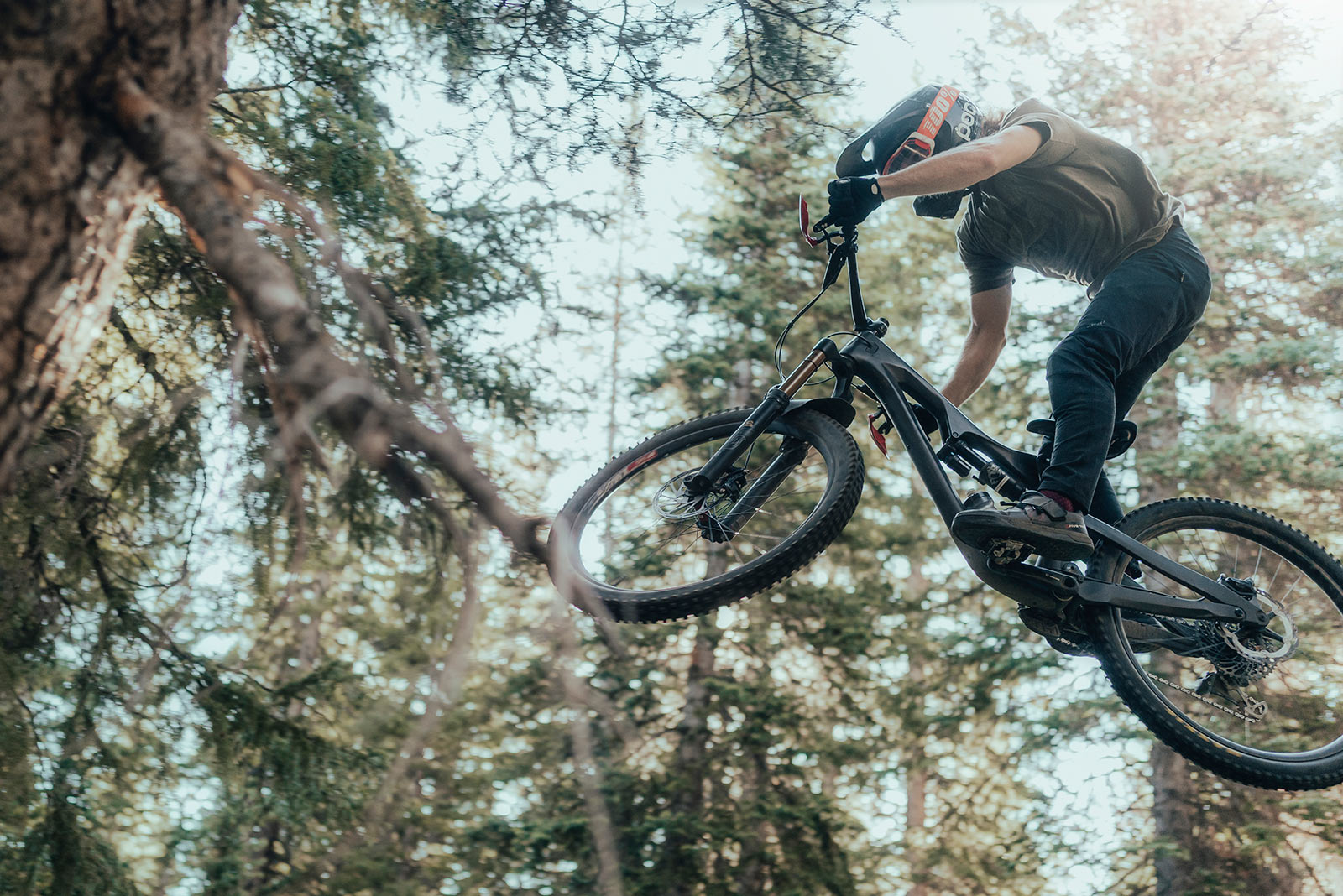 The all-new Fezzari La Sal Peak enduro MTB reimagines their longest travel mountain bike as an even longer travel shredder that lowers all the right things.

In 2018, Fezzari unveiled a new enduro bike that led the way with an extremely steep 78º seat angle that put the rider in a powerful position for charging up hills. But its slack front end and long droppers got us far back for great control on the descents. And it worked. 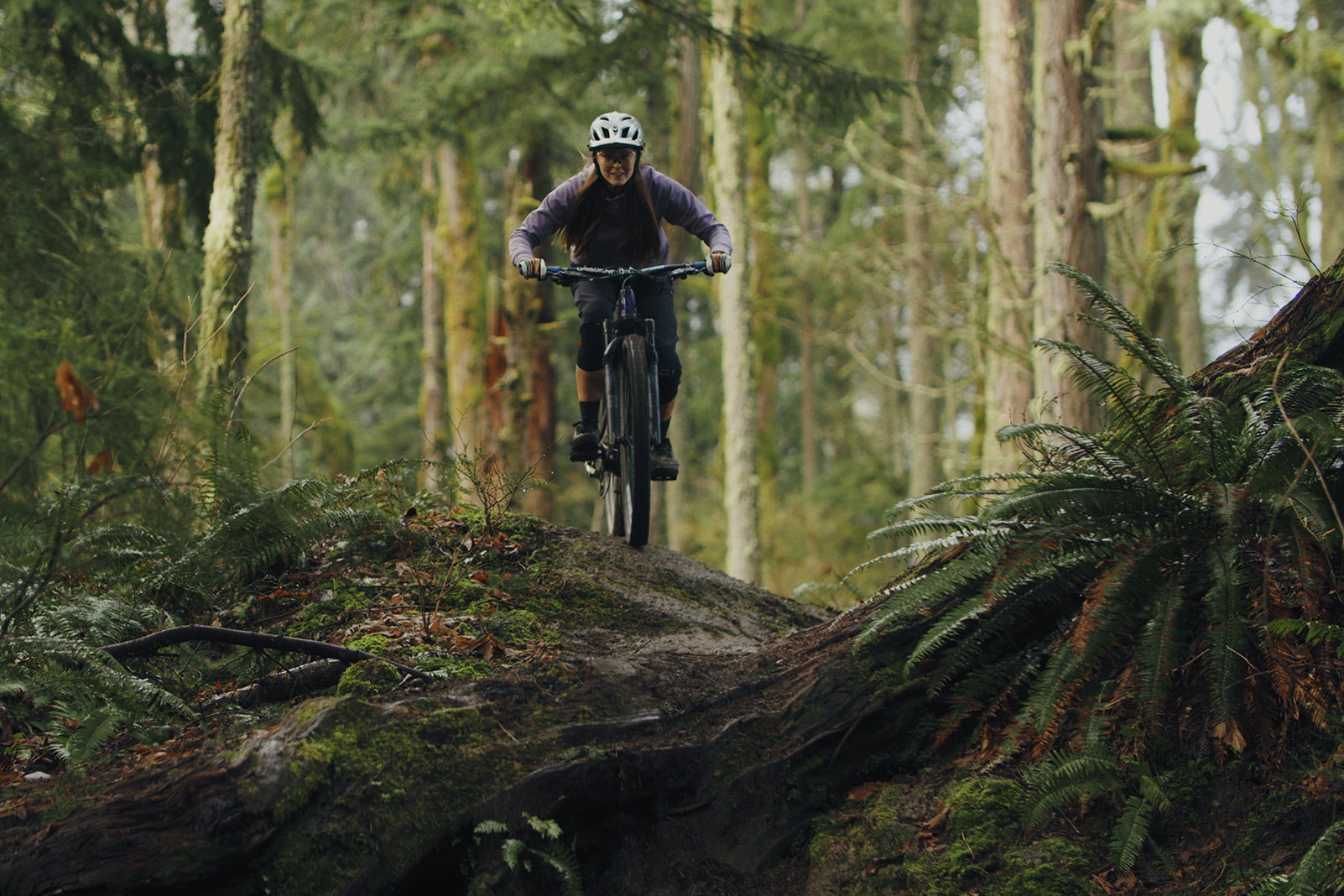 But now, they say they made the La Sal Peak even better. Here’s how… 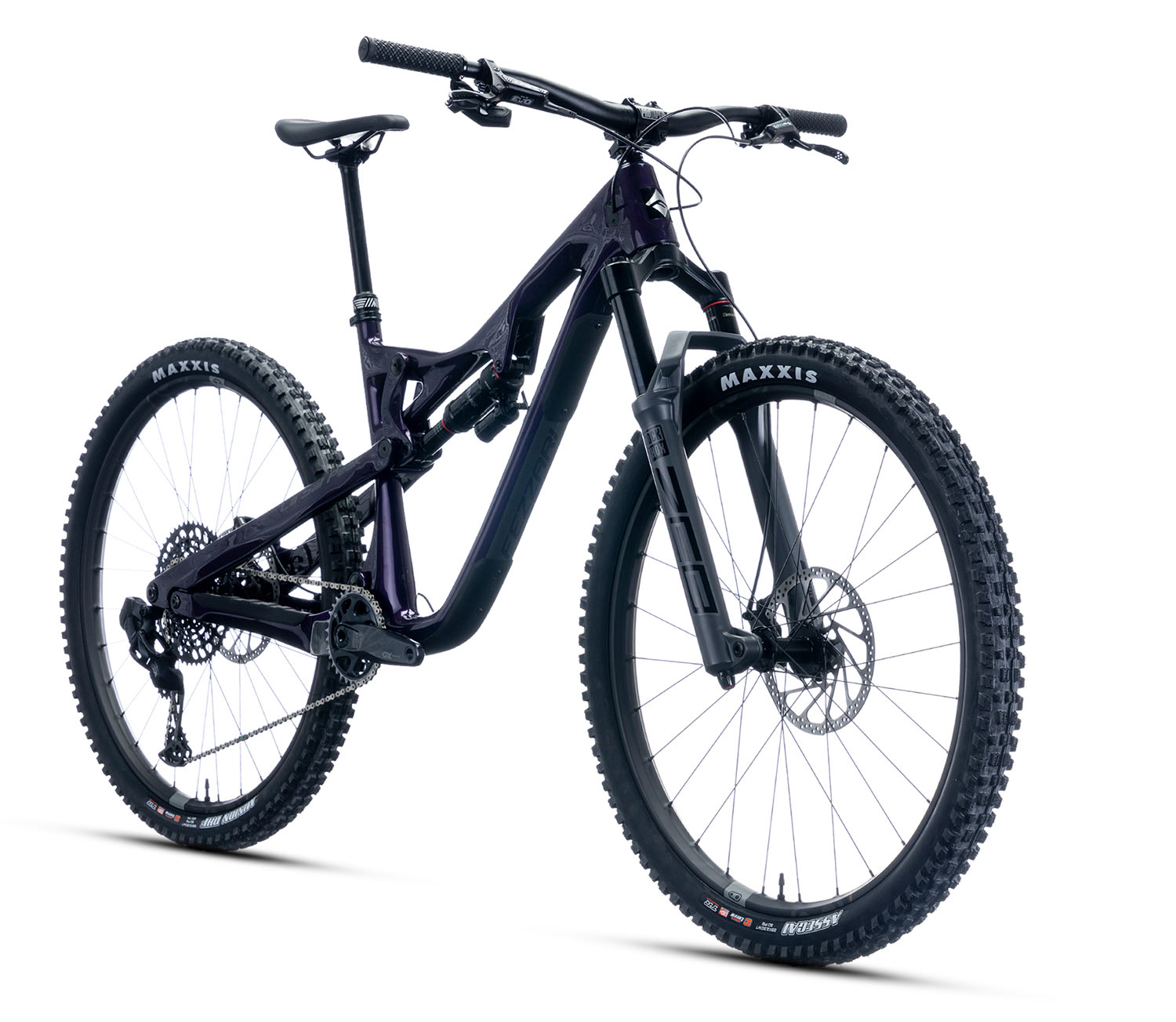 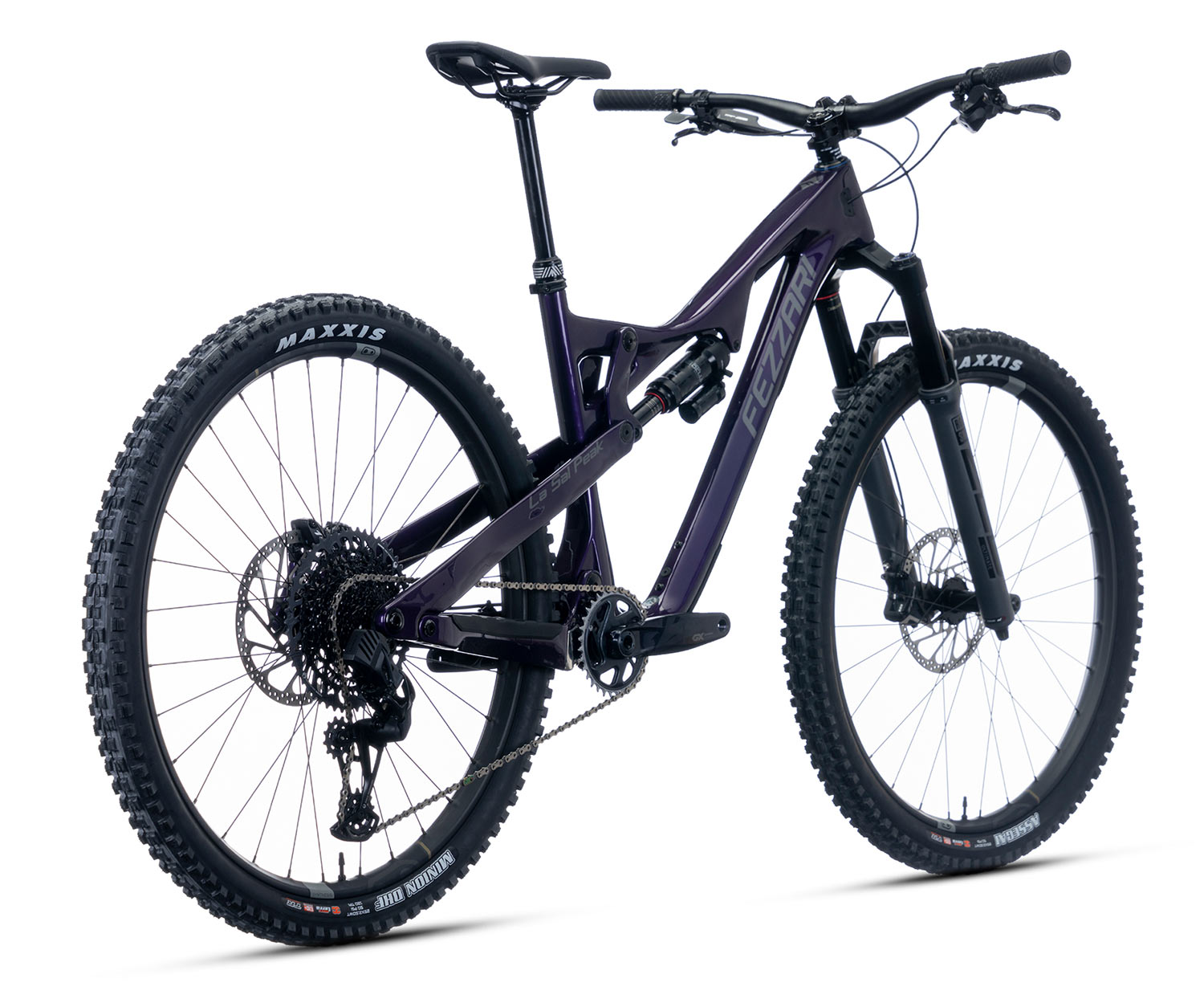 The La Sal Peak ships as a 29er and will fit up to 29×2.6 tires, with most forks in this travel range accepting the same. 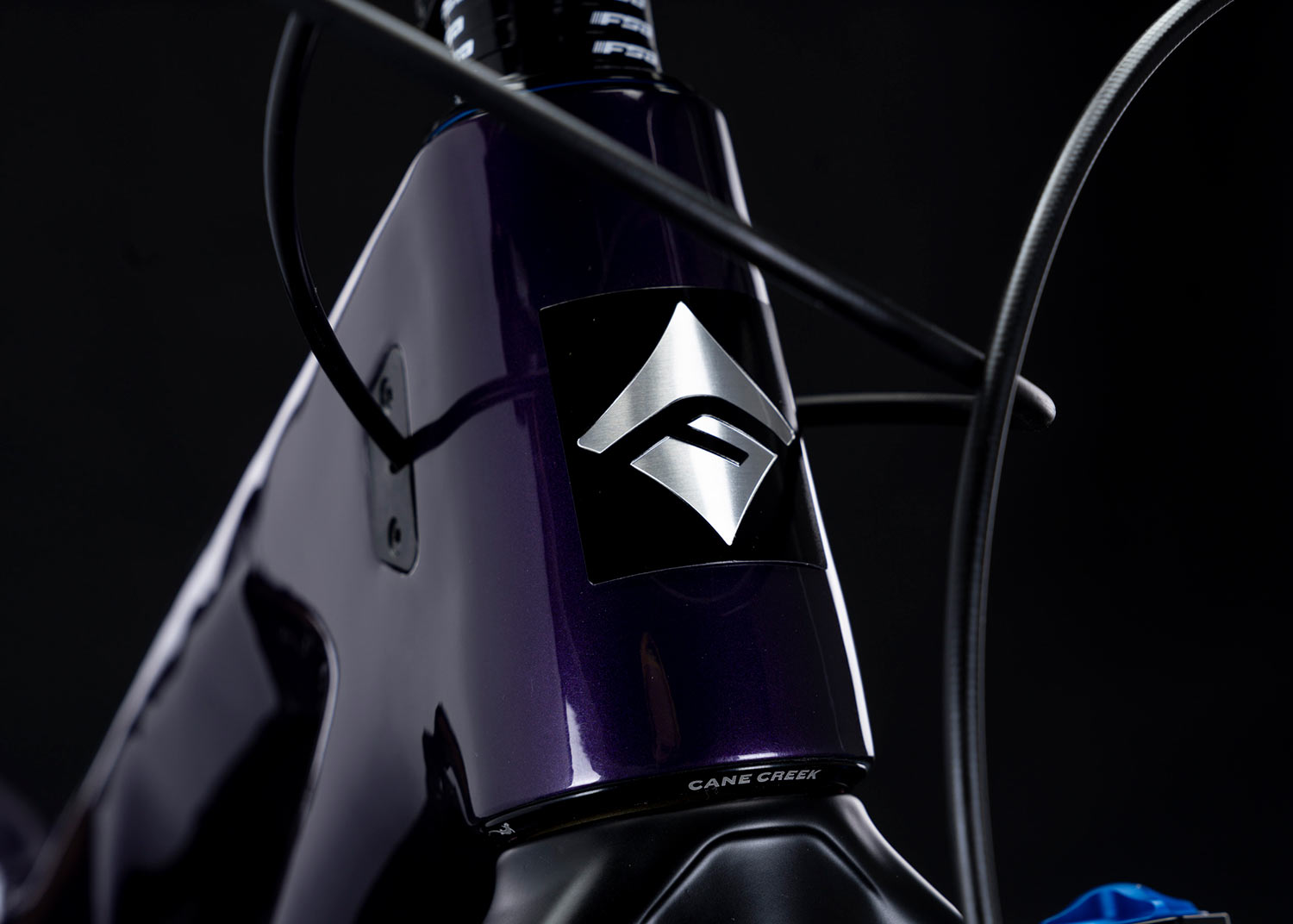 The La Sal Peak uses a standard tapered headtube and headset. Internal cable tunnels and bolt-on cable ports keep things from rattling around inside, and allow for adding or subtracting hoses and lines in the future. 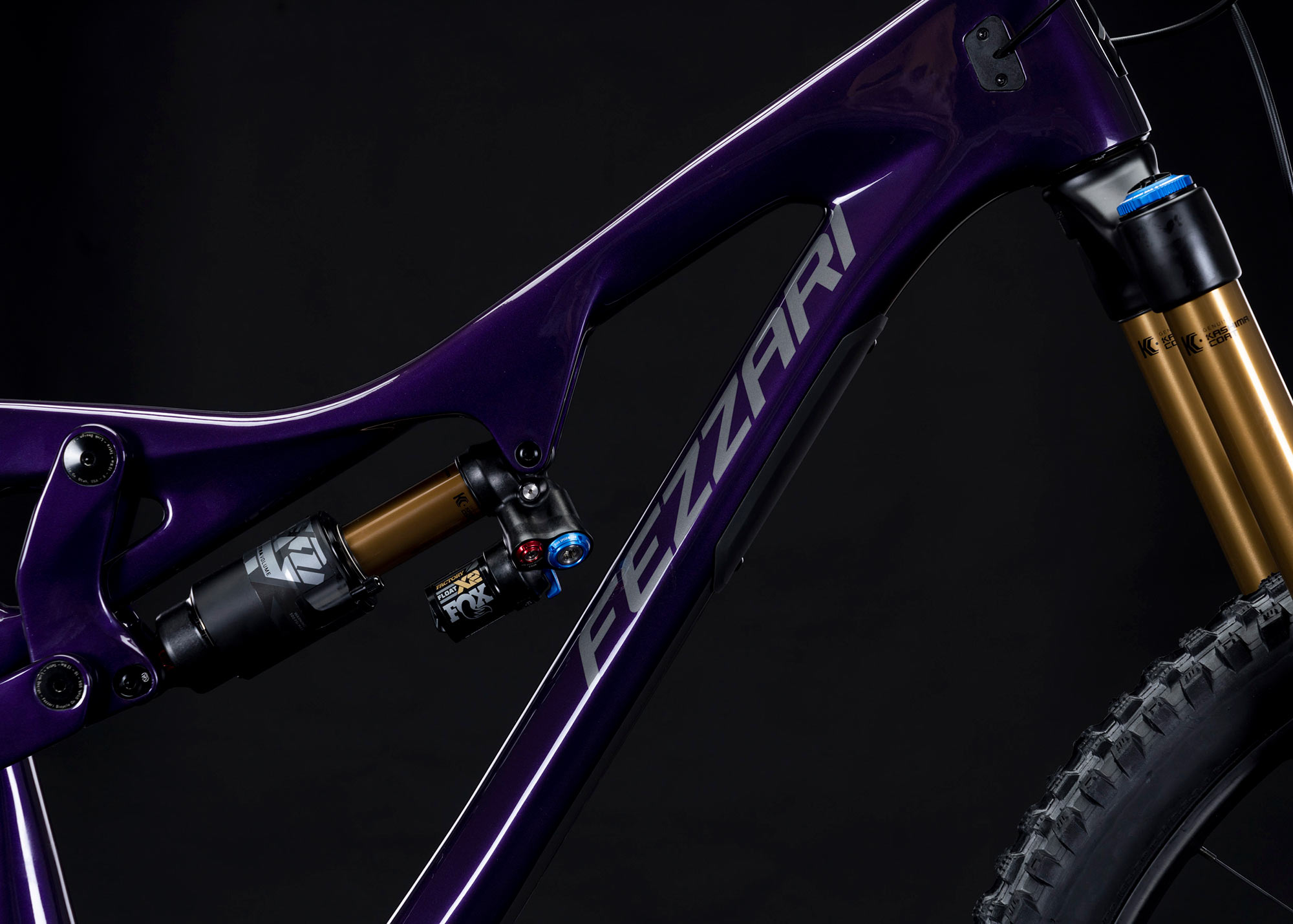 We really liked the original La Sal Peak, but since that one launched, Fezzari’s had a couple more mountain bikes launch, giving them the chance to refine the performance. The Delano Peak put it on a proper trail bike, and then the shorter travel Signal Peak 2.0 applied it to an XC race-able “fun country” bike.

They say the new La Sal Peak 2.0 gets even better kinematics and a slightly lower leverage ratio that should work better with coil shocks if you wanted to add one. It also claims to maintain a more consistent feel throughout the travel, from sag to bottom out.

A flip-chip sits at the shock’s rear mount. Most riders will likely keep it in the “Low” position, but they say it’ll feel better in “High” if you’re swapping in a 27.5″ rear wheel for a mullet setup.

Beyond the increased travel, the most important updates to the new bike seem to be with the geometry. The new bike has a 1º slacker head angle and 2mm longer chainstays. Those, plus the ~10-15mm longer reach gives the bike a ~33mm longer wheelbase across the size range.

A straighter top tube that slopes straight down from the head tube helped them gain a massive ~40mm drop in standover height, giving the bike a much lower center of gravity and more wiggle room. That eliminated the seat tube bottle cage mounts, but there’s still a second cage mount under the downtube. 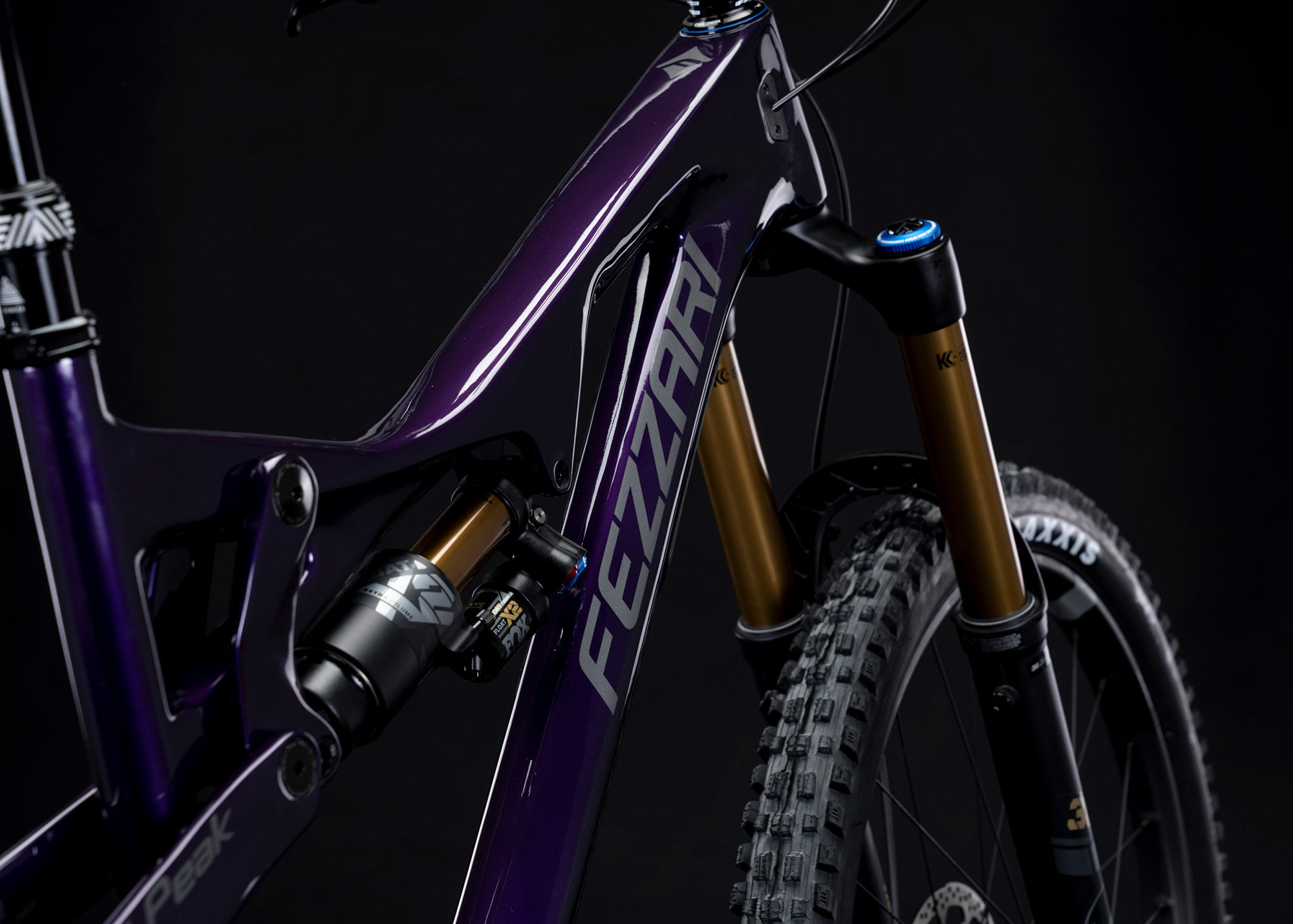 The seat angle gets about 0.5º slacker than before, with an effective 77.5º angle for all frame sizes. It’s “effective” in that, they’re averaging based on the typical saddle heights for most riders on a give frame size, so your results may vary. But, we’re guessing the variance can be made up for by adjusting your saddle’s fore-aft position on the rails.

What’s impressive is that the bike’s much lower standover height allows for up to a 200mm travel dropper seatpost on all frame sizes. Shorter riders may need something shorter, but it’s likely you’ll still be able to get a longer-than-usual dropper on here compared to many other bikes.

The seatstays are taller, which they say gives the bike more torsional and lateral stiffness. 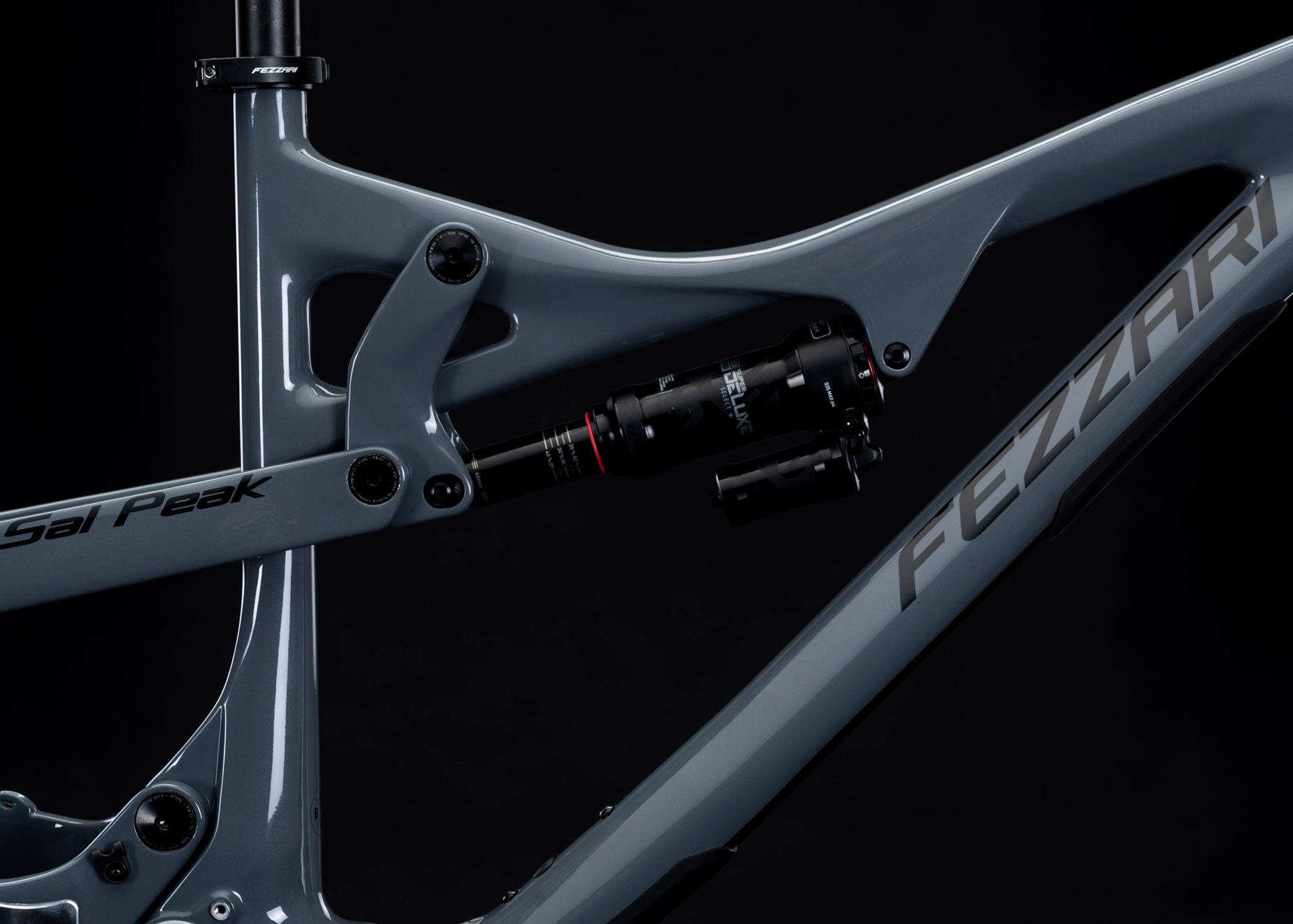 The frame is tested to DH bike standards, and then some (up to 40% more than required on some tests). It comes with a lifetime warranty. Features and specs include a SRAM UDH (Universal Derailleur Hanger), ISCG05 tabs at the threaded bottom bracket, and custom alloy hardware.

A custom EXT rear shock is available as an upgrade, and it’ll be custom-tuned to the rider.

Upper and lower frame guards are bolted onto the downtube, the upper protecting against scratches and dings when shuttling the bike over a truck bed…quite clever. 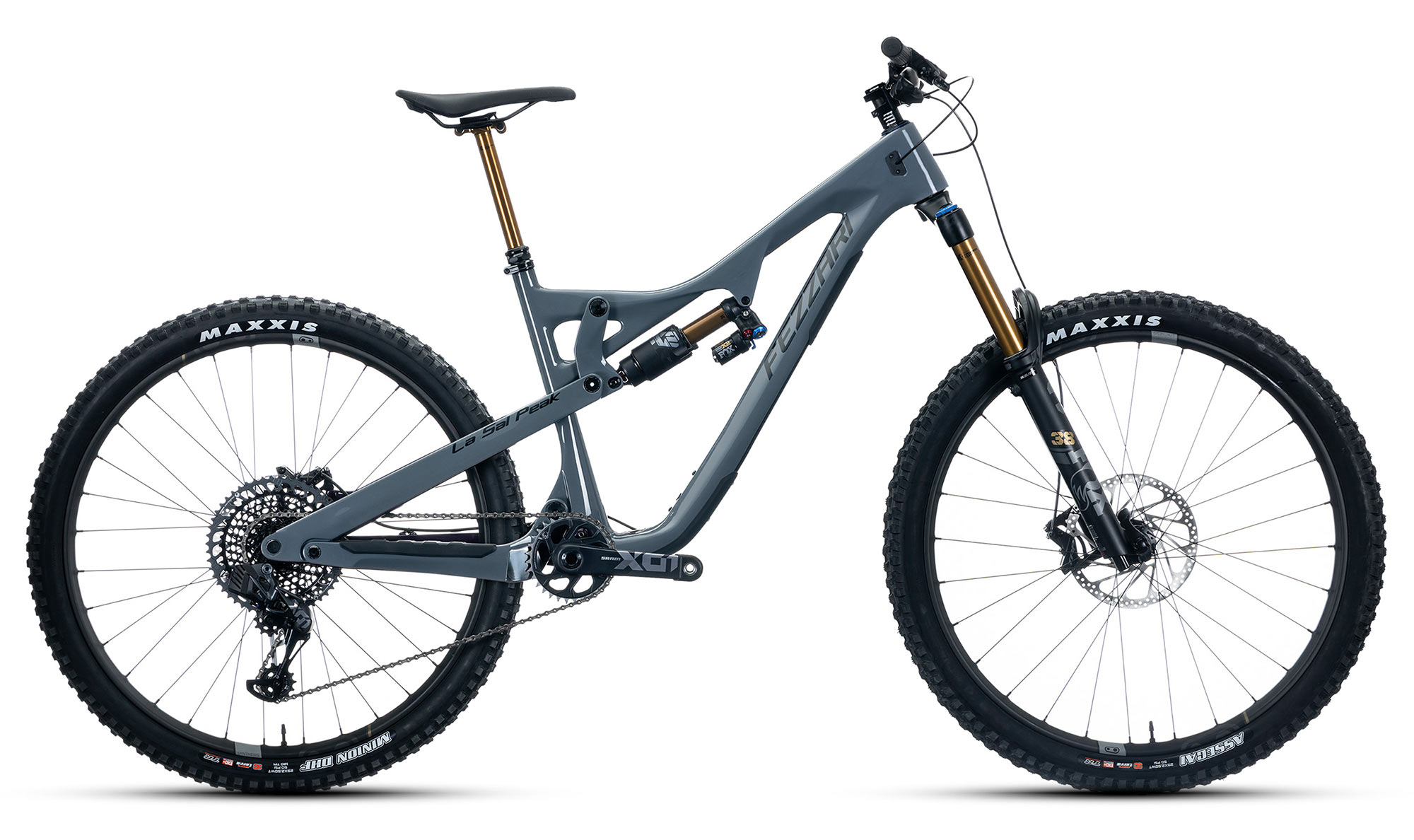 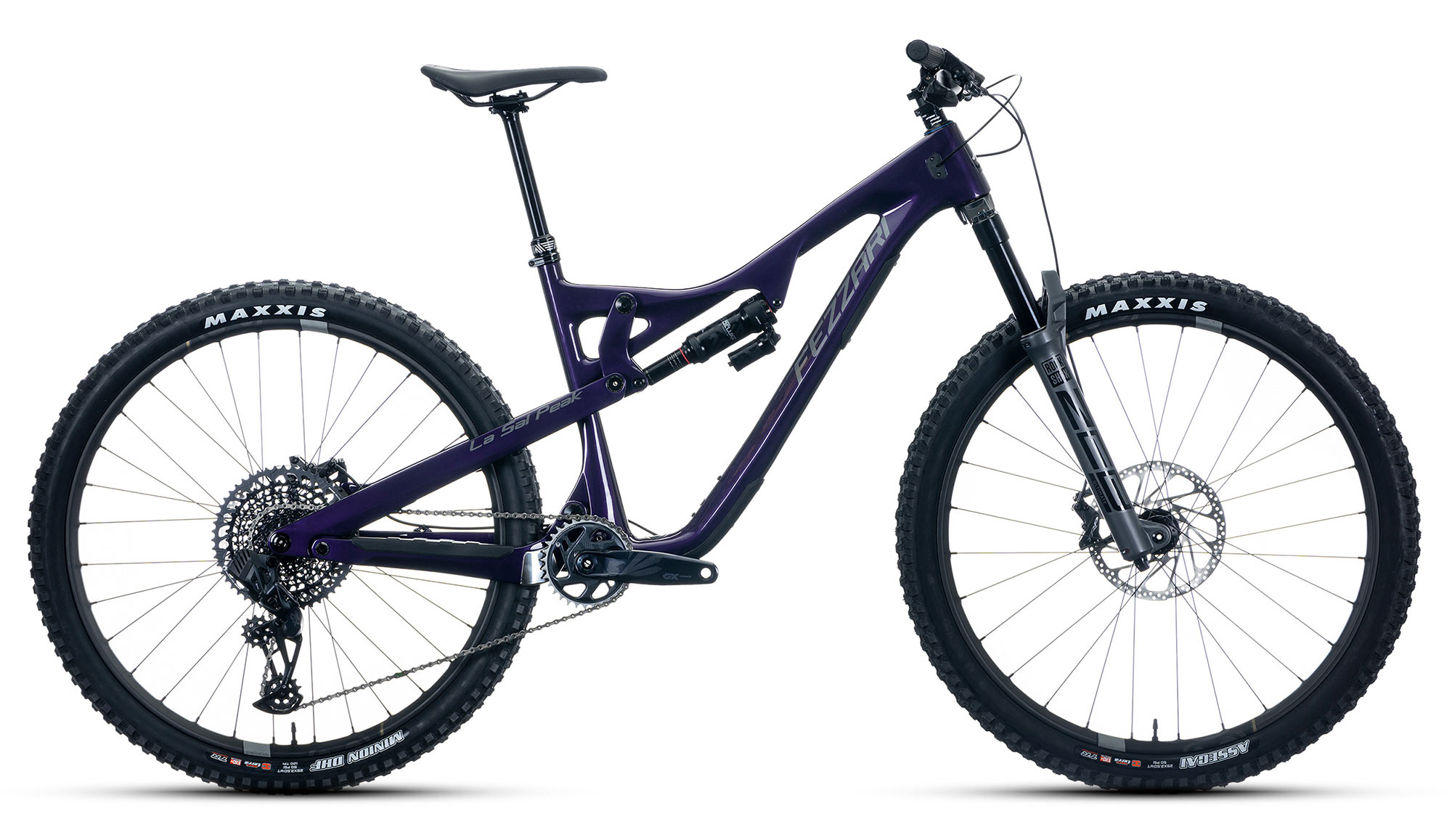