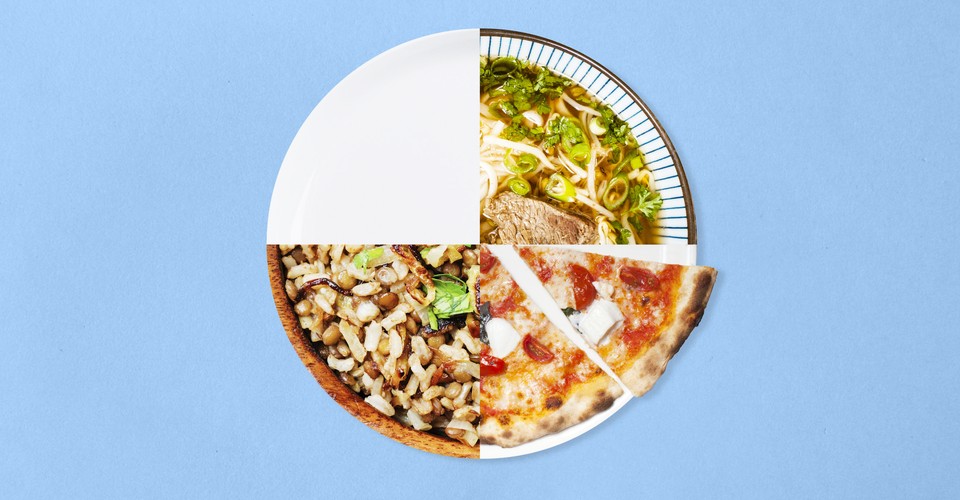 My first daughter was born in a London hospital, but her surroundings soon felt very Palestinian. By 6 a.m. the morning after she arrived, my mother had brought ijjeh (a herb frittata often made for new mothers) stuffed inside a pita slathered with labneh (a strained yogurt) to my bedside. In the afternoon, she returned with hilbeh (a fenugreek-semolina cake), purported to improve milk supply. The feast continued once we went home: maghlee (a caraway rice pudding) to celebrate the birth, hashweh (a cinnamon-and-nutmeg-infused rice-and-lamb pilaf) for dinner, and taboon bread on the weekends. The dishes of my childhood provided me not only comfort, but also a conduit to my heritage. I was not alone in my fresh role as a parent nor in my adopted country. Six weeks later, my mother flew back to Jerusalem, where I was raised, and I found myself with a newborn in a home now void of its familiar aromas. I panicked.

Since moving abroad, I had seen the food I grew up eating characterized hazily as Middle Eastern or even Israeli. It was only one facet of an identity that was questioned at every turn. My family and I are descendants of Palestinians whose villages, if neither depopulated nor destroyed during the 1948 Israeli-Palestinian War, ended up within Israel’s new borders. Such people form an estimated 20 percent of Israel’s population, and are frequently labeled Israeli Arabs. Often, we’re told that Palestinians don’t even exist.

About to raise a child in a foreign land, I wanted to give my daughter a sense of rootedness. So when my parental leave ended, I set out to record—and define as Palestinian—the dishes that had majorly shaped my identity. In the process, I realized that the idea of a pure national cuisine—an amalgamation of foods we consider emblems of an entire culture, whether Palestinian, Indian, or Italian—is tenuous at best. Every nation’s culinary lineage is both regionally specific and indelibly influenced by trade, migration, and conquest. Now, eight years after having my first child, I finally understand that even though national cuisine is a social construct, it can be a useful one.

The notion of national cuisine emerged only in the late 18th and early 19th centuries, with the rise of the nation-state. Many scholars trace the concept to the French Revolution, which led to the monarchy’s toppling. Restaurants, butchers, bakers, and cookbooks proliferated soon after, popularizing the food of the royal court, and the idea of “French cuisine” took shape among the masses, reifying a new national identity. Subsequently, national cuisine was used in top-down efforts to galvanize allegiance to the state. Thailand’s food is remarkably diverse across geography, but in the 1930s and ’40s the government distributed a recipe for a single dish throughout the country—pad thai. In 2001, it also launched a culinary-diplomacy initiative that more than doubled the number of Thai restaurants abroad in 10 years.

At its core, though, cuisine is deeply regional. Take the Arab world for example. Northern-Palestinian towns share more dishes—such as kubbeh niyeh, a tartare of raw lamb and fine bulgur—with neighboring villages in Lebanon and Syria than with southern-Palestinian areas such as Gaza. Colonization and commerce have left their mark on global culinary identities too. Julius Caesar never slurped pasta al pomodoro, Joan of Arc probably never tried hot chocolate, and the Buddha never scooped up a super-spicy curry. Tomatoes, cacao, and chilies are all native to Mexico and South America, and reached Europe and Asia only after the Spanish colonization of the Americas.

Yet we continue to fixate on national cuisines, ironically because of an interconnected world. Globalization made it possible to eat “Middle Eastern” food in London and New York; today, those cities’ restaurants frequently differentiate themselves by labeling their cuisine Lebanese or Palestinian or Syrian. Perhaps the ease with which non-native cooks have tried to appropriate other cultures’ dishes has made indigenous chefs more protective of their specific gastronomic heritage. Diplomats and international organizations care about these distinctions too. UNESCO has deemed “Turkish coffee” and “Arabic coffee” part of the intangible culture of Turkey and several nations in the Arabian Gulf, respectively. Yet the beans can be traced back to East Africa, and almost identical traditions and modes of coffee preparation are seen across Armenia, Iran, Greece, and the Arab world. UNESCO also ascribes the so-called Mediterranean diet to Cyprus, Croatia, Spain, Greece, Italy, Morocco, and Portugal—even though many countries around the Mediterranean Sea share this approach to food preparation and communal eating.

For immigrants with fragile connections to a homeland, national food can be a particularly meaningful proxy for national identity. It certainly was for me as I wrote my first cookbook, The Palestinian Table. Yet as I detailed the cuisine that my recent ancestors had passed on, I realized that if I went back 500 years—or 1,000, or 2,000—I could not delineate the exact origins of every dish. To reconcile this realization with my love for Palestinian cuisine, I wrote The Arabesque Table, which highlights culinary evolution in the Arab world.

I’ve now arrived at a quiet clarity. National dishes connect us to our specific, cherished history. They’re a way for diasporic communities to access an uncomplicated pride in our homelands, to enjoy a totem of culture that feels constant. When your birthplace is out of reach or your identity is questioned, a food heritage sometimes feels like all you have. But these cuisines—whose lineages are in fact wonderfully muddled—also connect us to a wider, interdependent world. When I add tahini and cardamom to my cheesecake, or flavor my schnitzel with za’atar, or wrap my shawarma in a tortilla, I’m both nurturing a connection to my homeland and paying tribute to the borderless nature of food cultures.

Today, my daughters (I have two of them now) may live thousands of miles away from where I was born. They enjoy chicken tikka masala, shrimp tacos, and beef pho. But on the weekends, they help me roll grape leaves; on holidays, they shape ka’ak and ma’amoul (date and nut cookies, respectively); and when they miss their grandparents, they ask me to bake my mother’s taboon bread. My own childhood environment was so far removed from theirs. But when people ask me or my daughters, “Where are you from?,” we all reply the same way: “We are Palestinian.”