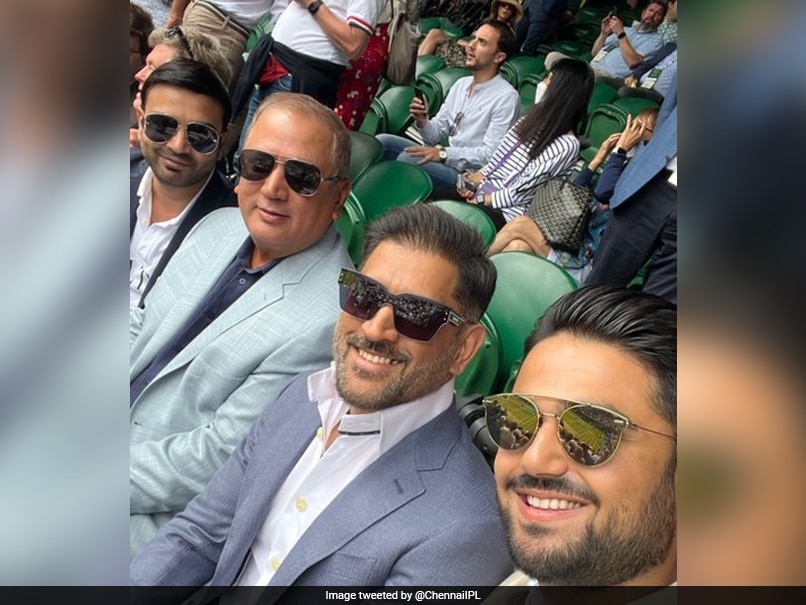 A day prior to his 41st birthday, former India skipper MS Dhoni was in attendance at the Centre Court to watch the Wimbledon men’s quarterfinal between Rafael Nadal and Taylor Fritz. Dhoni would not be complaining as the game went down to the wire and it was the 22 time Grand-Slam champion who staged a comeback to win the contest in five sets to progress to the semi-finals of the ongoing Grand Slam.

The official Twitter handle of Wimbledon uploaded the picture of Dhoni watching the match and captioned the post as: “An Indian icon watching on.”

Earlier, in the day, the Twitter handle of Dhoni’s IPL franchise also uploaded the same picture and captioned the post as: “Yellove All!”.

Talking about Dhoni, the former India skipper was last seen in action in the IPL this year where he had led the CSK franchise in the latter half of the tournament.

Ravindra Jadeja was first announced as the skipper of the franchise but after few matches, the left-handed batter stepped down to focus on his own game and then Dhoni chose to lead in the larger interest of the side.

CSK was unable to progress to the playofs but Dhoni went on to hint that he would be back for the franchse next year.