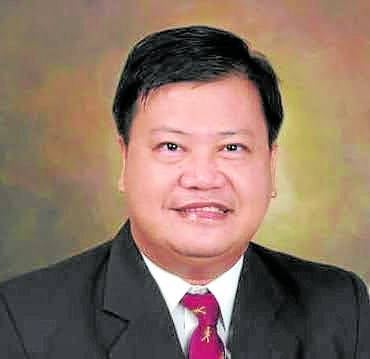 MANILA, Philippines — After falsely claiming that Mayor Isko Moreno received $15 million from Bill Gates, presidential candidate and cardiologist Jose Montemayor is now saying that the amount was actually for the construction of toilets in the City of Manila.

In an interview with ABS-CBN News Channel’s (ANC) Dateline Philippines on Tuesday, Montemayor said that the donation was an “issue of corruption” against Moreno and that the “fact-checkers” from Facebook and Youtube “realized” he was correct.

Asked by the anchor how he could be correct when the donation from Bill Gates’ foundation was actually for sanitation programs in Manila, Montemayor said: “That is the opinion of media but the opinion of the people of Manila, where are the toilets?”

“For example if this is in pesos, are you constructing gold toilets? So the people of Manila, especially the 1,000 pastors in Manila, they are asking,” the presidential aspirant said.

The claim on the supposed donation was mentioned by Montemayor during a presidential debate hosted by CNN Philippines on Sunday.

In the debate, the hosts asked the nine present candidates if they agree that excess campaign funds should be returned to donors.

Only Moreno did not raise his hand in approval, explaining he has no “moral ascendancy” to answer in the affirmative. To recall, Moreno earlier admitted that he kept P50 million excess donated campaign funds during his failed 2016 senatorial bid, but stressed that he had paid the required taxes for the unused donation.

(What about the 15 million dollars donated by Bill Gates, will you return that?)

But in his interview with ANC, Montemayor now says he heard the information from his “sources.”

“We have to ask Isko Moreno where did he get his information. He himself in one instance—well, my sources, I will not reveal at this point unless there is a court order—he said that he received 15 million from Bill Gates. He did not denominate it whether it is in dollars or in pesos,” he said.

Moreno, during the debate, denied he received $15 million from Bill Gates for his campaign.

“There is no such thing as 15 million dollars. It is prohibited by law… It’s not true. I did not know where did you get it,” the Manila mayor retorted.

The Bill and Melinda Gates Foundation website shows it has committed $319,147 or around P16.3 million to the City of Manila in February 2020.

The amount was “to procure and demonstrate innovative, safe, off-grid toilet products and utility services in low-income communities that are not safely reachable by incumbent toilet technologies or utility services,” according to the website.