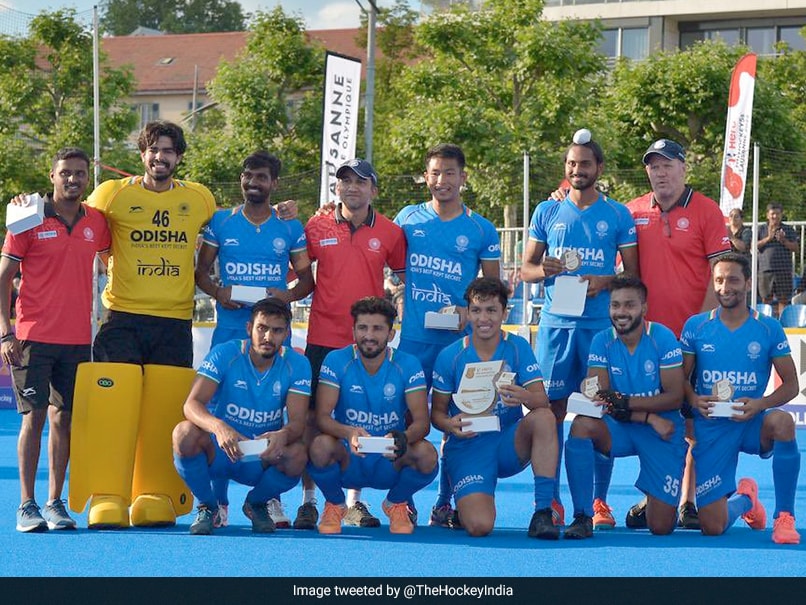 It was the Indian hockey team that emerged triumphant in the sport’s newest format — FIH Hockey 5s Championship. The Indian side made a remarkable comeback from being three goals down to beat Poland 6-4 in the final. This was India’s second win of day over the same opponents. India had beaten Poland, 6-2 in their round-robin league match three and half hours earlier in the day.

Playing their third match of the day, the Indians were left stunned after Poland pumped in three goals without reply in the first five minutes of play. Poland played just one match on Sunday before the final as against India’s two.

But the Indians regrouped quickly from the initial jolt with Sanjay and captain Gurinder Singh finding the target in the eighth and ninth minutes respectively to go to the breather trailing 2-3. It was just a matter of time that the Indians got their mojo back as they surged to 4-3 lead after fine field goals from Dhami Boby Singh (11th) and tournament’s most prolific scorer Raheel Mohammed (13th).

Once they were on the ascendancy, there was no stopping the Indians against a hapless Poland as Raheel (17th) and Singh (19th) struck their respective second goal of the match to complete the formalities.