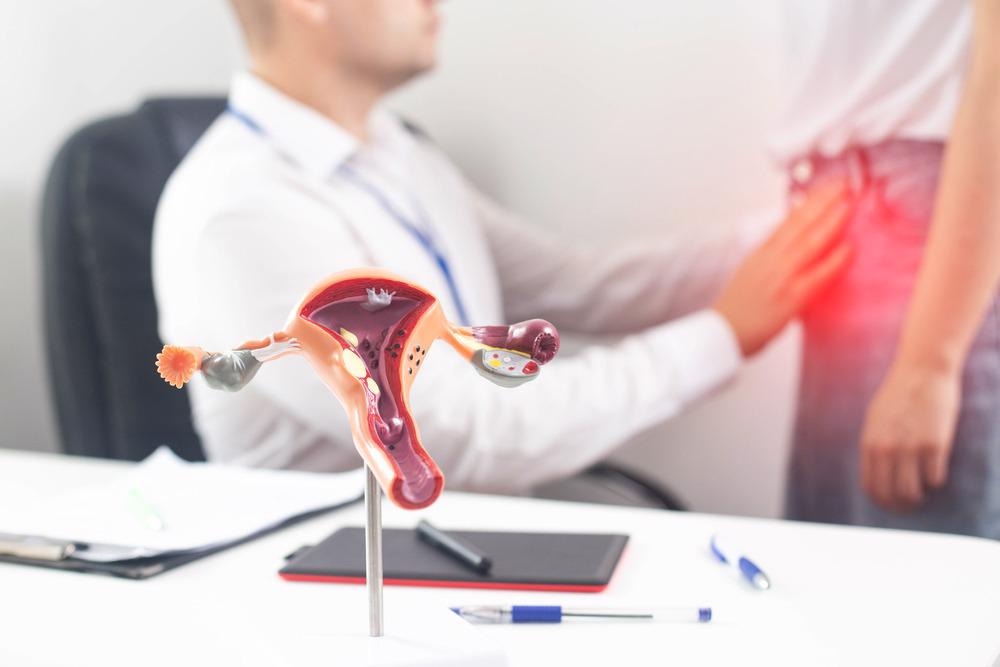 Cynthia, you have recently joined up with the USA Fibroid Centers as an ambassador to spread awareness on fibroids. What inspired you to take on this role?

Cynthia: Like many women, fibroids took over my life. When I finally decided to take care of my fibroids, I asked my producers of Real Housewives of Atlanta to share my experience with the audience. The producers were not sure that people cared about this kind of thing. But it turned out that everyone on the show had fibroids, but we never talked about it. That show was a real turning point.

Now, wherever I go, women come up and tell me that they had their fibroids taken care of after watching that episode. It has made me aware of how important it is to talk about fibroids and treatment options to encourage women to advocate for their own health. After I had UFE, I realized that so many other women were also suffering from fibroids but lacked information. I realized that by becoming an ambassador, I could help improve the lives of countless women by sharing my fibroid journey.

You are a strong advocate for women’s health. Why is it so important for women to look after their own well-being?

Cynthia: Women have a lot going against them when it comes to taking care of their health. This is especially true for women of color. We are more likely to be ignored and not sent to specialized care when needed, such as when dealing with fibroids. When I was pregnant with my daughter, I discovered that I had fibroids.

Apart from significant menstrual bleeding, I had no idea they would cause any long-term health issues. My symptoms worsened as my fibroids grew larger. I grew seriously anemic to the point where working became difficult for me. My periods were increasingly painful, with severe cramps.

I knew I had to get my fibroids under control. After I had UFE, I realized that so many other women were also suffering from fibroids but lacked the information. Early diagnosis is so important, but we often put off taking care of our own health needs as women.

Cynthia Bailey: Love Yourself This February

“Women have a lot going against them when it comes to taking care of their health. This is especially true for women of color.”

Dr. Katsnelson: Fibroid disease is the most common disease that women face in their lives. Uterine fibroids are noncancerous tumors that grow within or on the uterus. Patients may develop a single fibroid or may experience multiple growths. They range in size from a tiny seed to as large as a melon — with the largest weighing over 20 pounds. Fibroid symptoms include heavy menstruation, pelvic pain or pressure, frequent urination, constipation, bloating, a diminished sex drive, and low energy levels due to anemia.

Estrogen and progesterone, two hormones that stimulate the development of the uterine lining during each menstrual cycle in preparation for pregnancy, appear to promote the growth of fibroids.

Uterine fibroids also disproportionately affect African American women with 25% suffering from fibroids by the age of 25. Why is this and why is it important to raise awareness of this?

Several factors are linked to the disparity of a higher tendency of fibroids in Black women. However, research is critically needed to help identify specific causes. We know that a genetic component increases the risk among African American women. If a mother, sister, or aunt has suffered from fibroids, the likelihood is strong that other women in the same family will also suffer from fibroids.

The Signs and Symptoms of Uterine Fibroids

What treatment options are currently available to women who have fibroids?

Dr. Katsnelson: Most of the 500,000 hysterectomies performed each year are for fibroids as well as a few hundred thousand myomectomies. The vast majority of those surgeries can be prevented by using minimally invasive Uterine Fibroid Embolism (UFE) procedures that can be done in the office using literally a needle hole. UFE procedure does not require hospitalization and patients can return to normal activities within just a few days.

During UFE, an interventional radiologist inserts a catheter into the artery to obstruct blood flow to the fibroid, causing it to shrink and finally die. After the procedure, the catheter is removed. Within a few hours of the treatment, the patient can return home with just a small bandage. Fibroids will diminish after UFE, and the most difficult symptoms, such as heavy menstruation and chronic abdominal pain usually go away.

USA Fibroid Centers offers free fibroid screenings for women throughout Black History Month. Why is this so important? What are the benefits for these women in receiving a screening test?

Dr. Katsnelson: USA Fibroid Centers’ mission is to enhance health outcomes and provide competent care to all women. Many women delay treatment until it becomes a catastrophic health crisis, as we have discovered at our 100+ outpatient centers around the country. This stems from a lack of knowledge and understanding of fibroid disease and treatment on the part of both the patient and the health practitioner.

Due to disparities in uterine fibroids diagnosis and treatment, Black women wait nearly four years longer than white women to get treatment. Due to significant bleeding, Black women are more prone to experience severe pelvic pain and anemia. These figures and results are alarming and indicative of a fibroid epidemic by any standard.

Free screenings are one way that USA Fibroid Centers can help prioritize treatment and improve women’s health outcomes. Fibroids are frequently suspected during a pelvic examination. An ultrasound or MRI (Magnetic Resonance Imaging) can be used to confirm this diagnosis. These imaging studies can reveal the kind, quantity, and location of fibroids. Early detection can provide African American women with the knowledge to make the best healthcare decisions.

What advice would you give to help inspire women to take control of their health and well-being?

Cynthia: Learn what is required at various phases of your life and the tests and procedures you should inquire about as you become older. It is crucial to know when to get a Pap smear, when to check your cholesterol levels, and how often to get blood work done, for example.

Most importantly, hold important conversations with the women in your family. Ask questions about their reproductive health- did they have fibroids or undergo a hysterectomy? Having this information can help guide women to maintain or improve their health.

How can people get involved and help to raise awareness for more women to learn about fibroid disease? Are you hopeful that the “Love Yourself” campaign will encourage more women to take charge of their health?

Cynthia: I hope women help me spread the message of loving themselves by taking care of their health and posting a photo in USA Fibroid Centers’ “Love Yourself” official photo frame. The “Love Yourself” official frame allows participants to place a picture of themselves in an oval of purple, displaying the words confident, talented, honest, beautiful, and fighter. We want to enable participants to turn their support into action, creating awareness to reach more women learn about fibroid disease.

This campaign is an effort to inspire women to love themselves by taking time to address their needs, especially their health, by drawing attention to fibroid disease. Women are nurturers and take care of the needs of those they love. We need to encourage women not to forget to include themselves in that list!

Dr. Katsnelson: The information we follow online can affect our real-world decisions around our well-being. USA fibroid ambassadors like Cynthia play a tremendous role in helping women learn about fibroid disease. It is so essential to create awareness. Posting and sharing the Love Yourself photo frame can help boost women’s motivation to take care of themselves. It inspires hope for a healthier future for those who suffer from fibroid disease. Our USA Fibroid Centers ambassadors spearhead numerous programs on social media that give women an opportunity to take charge of their health. 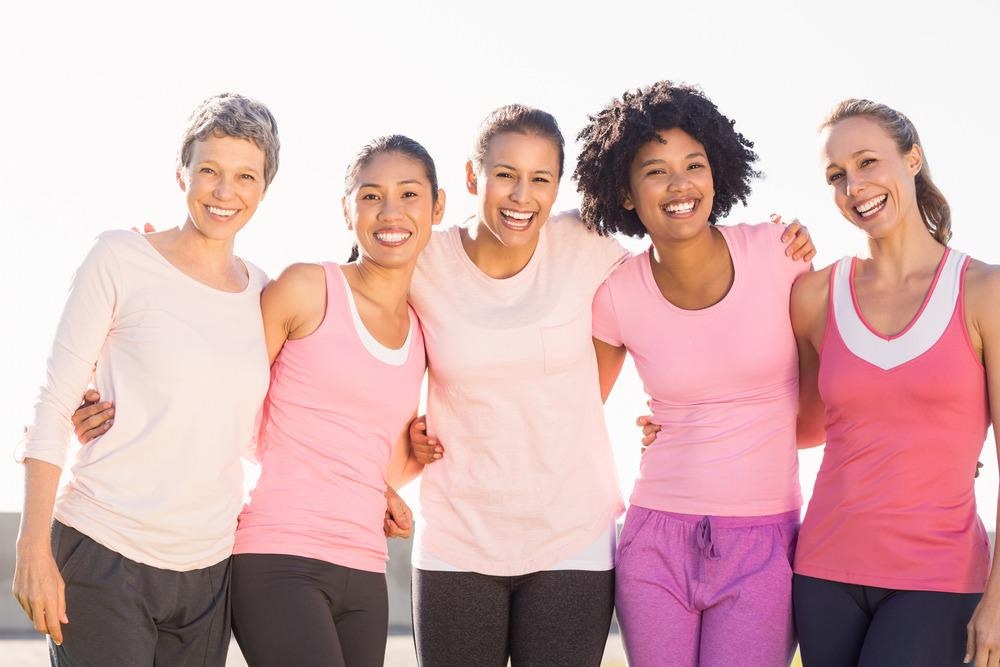 Looking to the future, what more still needs to be done surrounding research and awareness for fibroids?

Dr. Katsnelson: With as many as 15 million women living with severe fibroid symptoms, we are looking to legislators, physicians, and community leaders to champion much-needed education, research, and better treatment options by supporting the passage of fibroid legislation. In 2021, USA Fibroid Centers supported the Stephanie Tubbs Jones Uterine Fibroid Research and Education Act, which if passed, would have provided the ability to address a disease that impacts a woman’s life, taking a significant social, emotional and economic toll. We need to revise these efforts.

Most importantly, office-based minimally invasive treatments like Uterine Fibroid Embolization need to be part of the discussion women have with their doctors, especially for women who hope to start a family or do not wish to undergo a hysterectomy.

“Women are nurturers and take care of the needs of those they love. We need to encourage women not to forget to include themselves in that list!”

Our website, www.usafibroidcenters.com, has further information. Fibroids, symptoms, treatments, infertility, and pregnancy are among the topics covered and information about fibroid awareness events.

Cynthia Bailey is an international model, reality television personality, actor, and entrepreneur. A successful modeling career led to appearing in films, including Without You I’m Nothing (1990) and For Love or Money (1993), and on television programs, such as The Cosby Show. 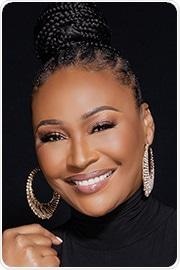 Bailey joined the reality television show The Real Housewives of Atlanta in 2010. She recently left the series in 2021 and can be seen currently on Big Brother, Series 3.   In 2021, Cynthia was named a USA Fibroid Centers Ambassador to increase fibroid awareness and encourage women to have more conversations around fibroids and treatment options.

Dr. Yan Katsnelson is a Harvard-trained, highly talented cardiovascular surgeon who is nationally recognized for treating venous and cardiac disorders. Dr. Katsnelson is the first surgeon in the United States to conduct a double Biocor stented tissue valve implant. 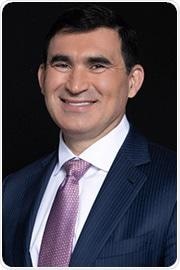 As the CEO and Founder of the USA Fibroid Centers, Dr. Katsnelson leads a national team of highly competent cardiovascular surgeons and interventional radiologists who have done hundreds of successful minimally invasive procedures. Dr. Katsnelson is also the founder and CEO of the USA Clinic Groups, which comprises USA Vein Clinics and USA Vascular and Oncology Centers.