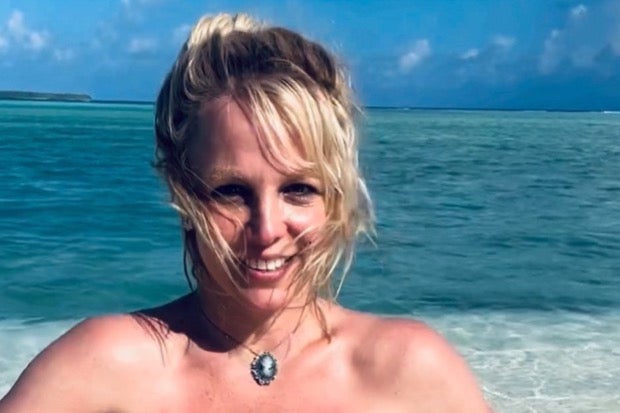 Britney Spears exuded absolute confidence as she went topless and naked during a beach trip, months after she was freed from her 13-year conservatorship.

The American pop star posed on a white sand beach with both her hands covering her breast, via her Instagram page yesterday, March 1. Her location was not disclosed.

Spears also treated fans to a compilation of her beach moments, with the Chris Isaak hit song “Baby Did A Bad Bad Thing” playing in the background, as shown on her Instagram page, also yesterday. The singer can be seen soaking up the sun while only wearing the bottom piece of her bikini.

In a separate post, Spears went completely nude with only diamond emoji covering her private parts.

Spears regained control over her life in November last year, after a Los Angeles judge terminated her conservatorship. The pop singer described the moment as her “best day ever” and marked her first weekend out of the legal arrangement with a glass of champagne.

Spears was also recently invited by the United States Congress to speak about guardianships and conservatorships, with Spears stating that she was “immediately flattered” by the gesture. She also signed a $15-million deal for a tell-all book which will reportedly be about her career and relationship with her family. JB

Britney Spears toasts her freedom with first glass of champagne