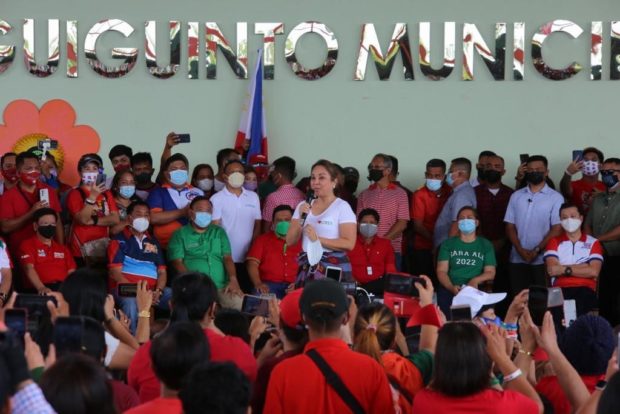 She noted that the aid package to help soften the impact of rising fuel costs is still scheduled for next month but most transport workers can’t survive long in their current state.

”They need a lifeline now,” she stressed.

Jeepney drivers are asking the Land Transportation Franchising and Regulatory Board (LTFRB) for a temporary P1 fare adjustment while waiting for the government to rule in its petition for a P5 increase in the basic fare.

“Public transport operators and drivers have barely recovered from the series of lockdowns to contain COVID-19 and yet, they have to contend with the astronomical rise in gas prices. The government should step in,” Legarda said.

The former three-term senator said that due to the prevailing pump prices, many drivers she met during her sorties are planning to quit their jobs since most of them end up incurring debts with their operators after a full day’s work.

“Such a situation is a double-whammy for commuters since they are now enduring the lack of transportation while fare increases are imminent,” she added.

“My primary concern once back in the Senate is to help public transport drivers and wage earners cope with the ill effects of global events like the Russia-Ukraine war,” Legarda explained.

At the sidelines of the UniTeam campaign sortie in Bulacan, the lady lawmaker also renewed her call
to strengthen and empower women.

Amidst the difficult times, Legarda said women have the innate talent and ability to help their families.

“What we should be doing is to harness the skills of Filipino women because they have the ability to lead communities towards resilience and sustainable growth,” she said.

Through the support and initiative of Legarda, Bulacan received several livelihood assistance and training opportunities to improve the productivity and employability not only of women but the rest of her constituents in the province.

Government cool to fare hike as fuel prices shoot up