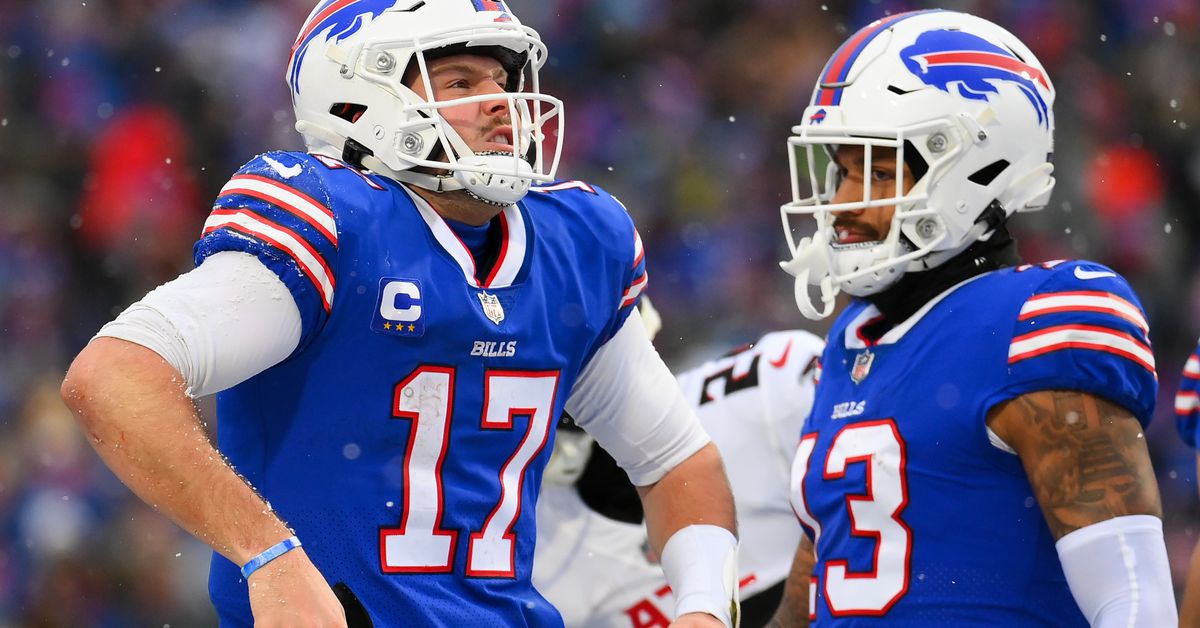 It’s going to be a hard week for Josh Allen as the Bills host the Patriots in zero degree weather on Sunday night, but Bart Scott has a suggestion to make it even harder. During a conversation about Allen having circulatory issues when it’s cold on Get Up (which I promise is an unintended pun), the former Jets’ linebacker let loose on a little secret.

“Josh Allen listening? Can people get this message to him? Vi-a-gra. Take a viagra before the game, baby.”
— Bart Scott

Added: “A lot of NFL players, at least in my day, took viagra.”

Mark this all under #TIL… pic.twitter.com/TAUiSeV0Ua

Scott suggested that Allen pop a Viagra before the game to get his blood pumping, adding a lot of players did the same thing when he was playing to fight the cold.

I don’t know why this bothers me, but it kinda does. No, it’s not because it’s dangerous to take prescription drugs without a doctor’s order, especially for something completely different than its intended use. Instead I’m left wondering how many iconic games, how many legendary moments in playoff heroics I witnessed, never knowing the dude making the play had a huge hard on.

This shouldn’t change my perception, but it does. I can’t help it. It’s something I can’t unsee now. Every time I watch football highlights of cold weather games I know invariably I’m going to try and work out if anyone was popping a Viagra before the game.

We knew this was the case with Chad Johnson. In 2020 the former Bengals’ receiver said they he popped Viagra throughout his career. I dove into these claims to see whether it was a performance enhancing drug (on the field) and found it to be inconclusive. However, in the wake of Johnson’s claim the NFL were quick to come out and say Viagra was not on the league’s list of banned substances.

So, I guess if John Allen wants to pop a pill before the game he can — but don’t think I won’t be looking for it. Sorry, but it’s impossible for me NOT to look for it now.