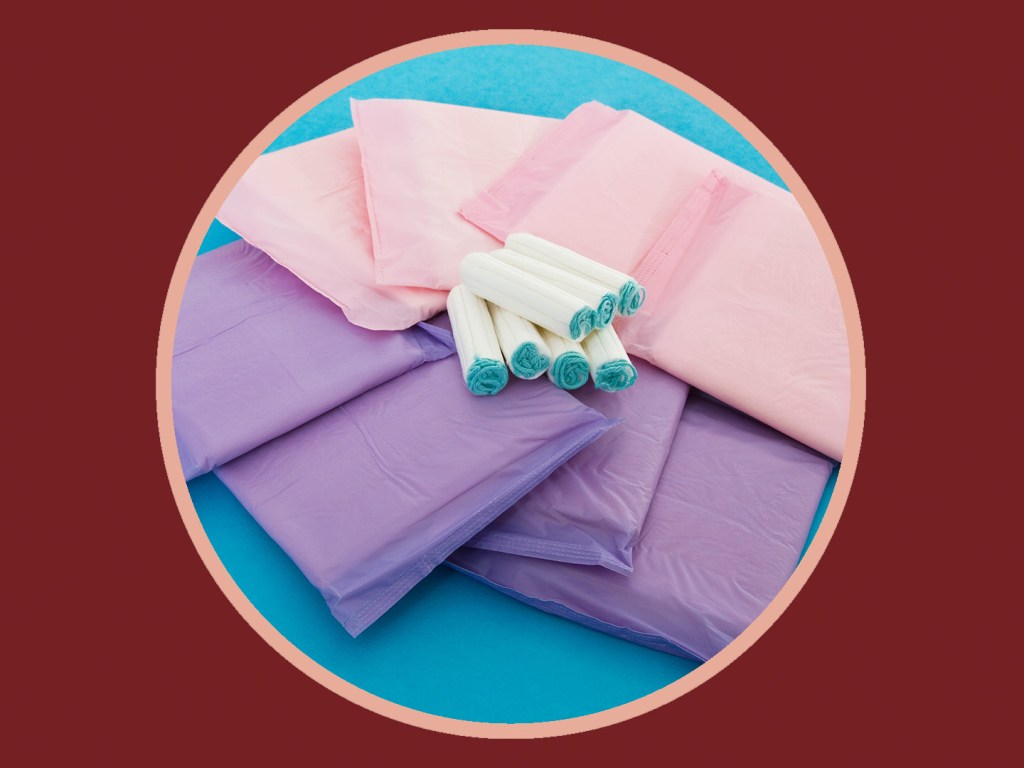 Part of the epic highs and lows of merging your life with another human is learning about all the ways they take care of their body, the funky quirks and sounds you might’ve missed out on during earlier courtship stages. That stuff can generally be pretty sweet to discover. Unless you’re the menstruating half of this couple from a recent Reddit AITA thread on day one of your period.

No, Acknowledging That All Genders Can Menstruate Doesn’t ‘Erase Women’

Per the thread, the OP and her husband have been together for three years and married for a few months. She’d previously only used pads during her period because of health issues/what suited her body best (that happens!) but found she was able to switch to tampons and that they were the more comfortable and convenient option for her day-to-day life. Her husband, however, “hates them.” Yes, he hates The Tampons.

“My husband Ryan hates them, he never [truly] gave a reason other than just say…he doesn’t feel comfortable with me using them,” per the post. “I didn’t think it was a big deal at first since he said he hates a lot of stuff that I do but “puts up” with it anyway except for this. He asked that I go back to using pads but I made it clear since it’s my body then I get to decide.”

OP says her husband threw out her original stash of tampons and then her more discreet box she kept on the DL to “keep the peace” without resorting to free-bleeding (moment of silence for the cost and waste in this situation!). It didn’t help she only found out about losing her second box when she had her period and was left with nothing to use.

(If you’ve ever experienced extreme frustration or irritation on day one of your period, you know exactly how terrible that can feel.)

“I was tired, and too stressed I just yelled at him after he admitted to throwing away the whole box. He argued that I already knew how he felt about this stuff and yet I decided to still keep it around. I lost it and told him he had no right to do this and told him to get over himself already. He stared at me almost about to tear up or something, then walked out,” she writes. “He later went on about how we, as a couple should take each other’s [discomfort] into [consideration] and said he already tried to speak to me about those tampons yet I brushed him off and insulted him and verbally abused him. He also said that if I still insist on using them then I should do it while I’m outside the house but I said that it won’t happen. I feel bad for how it played out but I was just at my wet’s end and in so much pain I lashed out.”

Now, to be clear, AITA threads are a complicated thing to talk about outside of the realm of Reddit because there’s little way to be absolutely sure someone isn’t trolling. Some of these more absurd ones can feel like they toe the line. But given the sheer amount of misinformation and stigma surrounding menstruation that exists today, it doesn’t hurt to, for the room, remind folks that there’s nothing sexual about tampons.

These are simply tiny bits of cotton (sometimes mixed with Rayon) that spend a few hours at a time in our vaginas to soak up the 30 to 40mls of blood (2-6 tablespoons) typically lost per period while menstruating. It’s not that deep.

And what’s being hinted at through this post (and previous ones like it) is it reinforces a lot of the old, backwards ideas about purity culture that have harmed people with vaginas for centuries. The idea that anything inserted anywhere in or around the vulva is inherently sexual, that using a tampon is comparable to sexual penetration, that someone’s status as a virgin (an already fake, non-medical term) would be compromised. This leads to the weird culture where we sex shame young people (disproportionately women and vulva owners) before they’ve even been able to start understanding sexuality and their own personal relationship to it, where they associate anything to do with their vulva as both sexual and bad and not to be discussed (which is terrible for their health).

And, while less important but decidedly not unrelated, this whole rigmarole of Bad Body Opinions harms our cis-men and boys too — dating back to when they’re taught that periods are simply a “girl problem” (not quite!) and following them into their future sexual relationships and roles as parents. Allowing them to be this catastrophically ignorant about the bodies of majority of our population and so utterly fragile about that ignorance is, aside from being deeply embarrassing, also allowing them to continue to perpetrate the above harms and make them less competent partners, parents, friends and community members to their menstruating peers (past, present and future).

And, trust me, no one wants to have to continue having this conversation.

So, if you take nothing else away, make sure your non-menstruating kids as well as your menstruating ones have a stigma-free, inclusive and informed approach to periods. It saves everyone a lot of time, grief and apparently money. (Tampons ain’t cheap!)

Before you go, check out some of the many cool menstrual care products available in 2022: