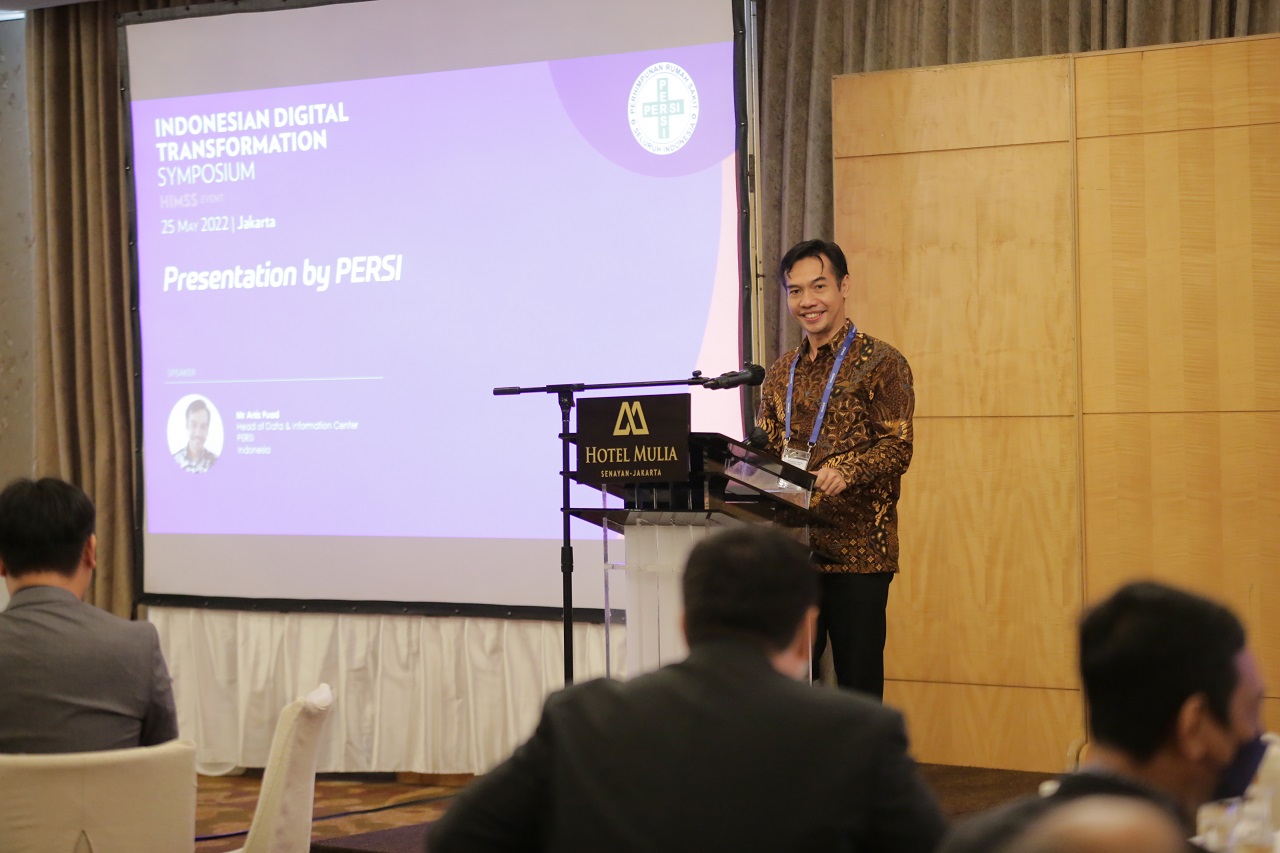 The Indonesian Hospital Association or PERSI is on board to support Indonesia’s goal of advancing the country’s digital health transformation further.

Anis Fuad, PERSI’s head of data and information centre, told the HIMSS Indonesian Digital Transformation Symposium on 25 May 2022 in Jakarta about what the association wants to do in the country’s digital health transformation.

“We will think about what strategies we need to build later so that our hospitals be digitised,” he told the symposium.

Besides technological aspects, Fuad said, PERSI will also help build governance, citing how there is currently only a single piece of regulation on hospital information systems in the country.

“[Less than] fifty pages to manage data lakes, data mining, data sharing and others? Not enough. Therefore, we need to discuss what good governance is,” he said, referring to a 2013 regulation.

PERSI conducted a survey in March this year involving around 3,000 hospital participants.

He added that around half of the hospital participants had telemedicine infrastructures set up; most of which needed improvements. The other half did not offer such services at all.

“PERSI will play an important role, we will conduct several studies which are later expected to provide benefits,” Fuad said.

“Hopefully, everyone after seeing this data [will ask themselves]: What are we going to do? We as stakeholders, where [is our place]? What [is our] role?”

He said hospital groups, such as the Indonesia Healthcare Corporation, in the green level – the highest success indicator based on the survey – “could contribute to other hospitals” as either “centres of excellence” or training centres.

“This, I think, shows that our hospitals are now growing. We are also more open now, we are evaluated by external parties,” Fuad told the symposium.

“I think there will be more,” he said, referring to how more local hospital groups will soon attain a level 6.

He said PERSI has partnered HIMSS, adding that both parties will focus on building human resource and hospital capacities and increase the engagement of PERSI members.

“PERSI members will be more aware of how we can collaborate at HIMSS. There is so much knowledge that can be shared with members.”