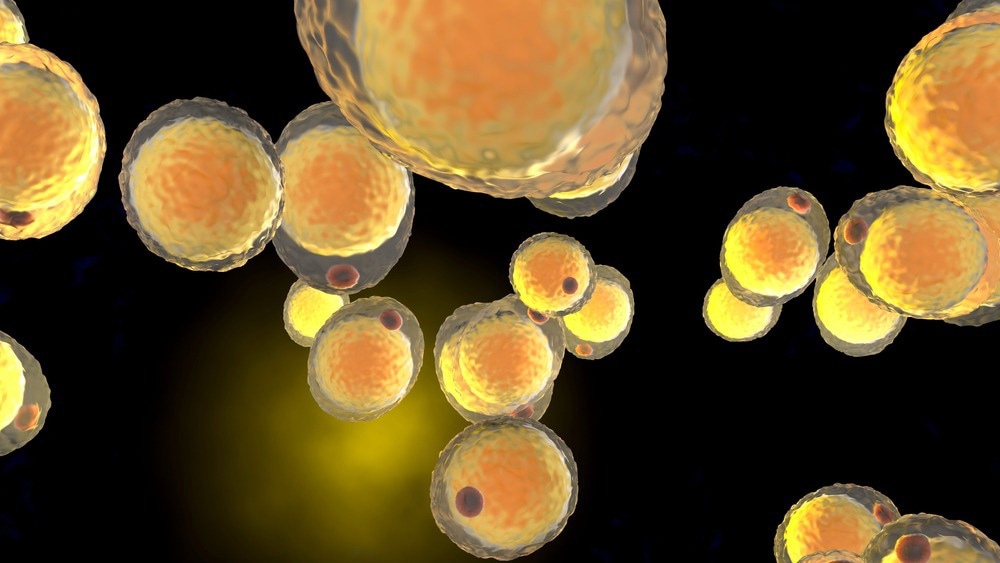 As junk food consumption continues to increase, obesity is becoming a worldwide epidemic. The metabolic effects of obesity have the potential to shorten the human lifespan or, more commonly, increase the severity and incidence of chronic debilitating diseases secondary to or aggravated by obesity.

Some of the health problems associated with obesity include type 2 diabetes, hypertension, cardiovascular disease, and cancer. Non-Th2-driven obesity-linked asthma has also been reported, with neutrophilic preponderance and hallmark increases in Th1 and Th17 cells.

Obesity is also related to other conditions, including poor wound healing, rheumatoid arthritis, atopic dermatitis, as well as infectious diseases of the skin and respiratory tract.

Obesity-linked metabolic dysfunction is primarily due to the persistent dysregulation of the energy intake-output ratio. This causes fat to accumulate and be stored in fat cells as triglycerides.

As fat cells swell, fat mass increases, blood flow decreases, and less oxygen is made available to the fatty or adipose tissue (AT). As cells suffer and die, their loss results in the mechanical weakness of the fatty tissue. This acts on the immune system, together with increased gut permeability and the spread of bacterial toxins throughout the body, to lead to low-grade inflammation.

Obesity is associated with a dysregulated T-cell response and Th1-skewing, both within the fat tissue and other body sites. This has been observed in the consistently higher severity of clinical illness and mortality rates among obese patients following infection with the severe acute respiratory syndrome coronavirus 2 (SARS-CoV-2), the virus responsible for the coronavirus disease 2019 (COVID-19).

Metabolism within the cell is an essential process, during which cells use available nutrients to produce new metabolites. Since inactive and active cell states have different metabolic needs, they will typically use different pathways.

Glycolysis, though energetically inefficient, is the default pathway in activated cells, as it is a rapid-response pathway that is independent of mitochondrial metabolism and growth. This process also produces biosynthetically essential intermediate metabolites.

The metabolism of a cell also changes according to the availability of nutrients. An abundance of nutrients leads to an increase in adipose tissue (AT) and, as a result, obesity.

Recently, obesity was linked to differences in AT immune cell function, making it a secondary immune organ. AT is a reservoir of tissue-resident white blood cells that supply fresh immune cells and mediators. The free availability of glucose in obesity causes glycolysis to be preferred with Th1-skewed T-cell differentiation.

These findings led to the conclusion that the immune system and the metabolic state of the organism are closely linked and regulate each other – making the AT one of the most important immunometabolic modulators within the body.”

The Th2 response is typically observed in allergies and parasitic infestations. Th2 cells are considered to be effector cells and are characterized by the production of polarizing factors such as interleukin-4 (IL-4), IL-3, and IL-5. Their differentiation may depend on both nutrient availability and cytokines.

The AMP-activated protein kinase (AMPK) is an energy sensor. When activated by the low-energy state of the cell, this enzyme inhibits mTORC1, reduces glycolysis, and opposes Th1 and Th17.

The peroxisome proliferator-activated receptors (PPARs) are also crucial in glucose and fat metabolism. PPARs are also highly expressed on AT macrophages, CD4 cells, and fat cells.

PPARγ, which is referred to as ‘the master regulator of adipogenesis,’ is pro-inflammatory and is activated by mTOR. The activation of PPARγ causes increased fatty acid uptake, as well as AT synthesis and adiponectin in lean individuals.

Estimates indicate that over 50% of obese individuals may have metabolic dysfunction. The inflammatory response mediated by M1 macrophages, cytotoxic CD8 cells, and Th1 cells in white adipose tissue in obesity is responsible for the associated metabolic syndrome. Mucosal-associated invariant T (MAIT) cells also play a role in this impairment.

AT secretes leptin and adiponectin, which respectively promote and inhibit inflammation.

Within activated CD4 T-cells, leptin activates mTOR and upregulates glucose uptake and metabolism. This increases Th1 and Th17 activity while suppressing Treg cells. However, obesity is associated with leptin resistance, which subsequently leads to increased food intake but poor absorption and metabolism of nutrients, thus worsening the patient’s obesity.

This is in contrast to the energy-conserving Th2-skewed response observed in conditions of starvation and malnutrition. With intermittent fasting, energy consumption within cells is suppressed through mTOR inhibition with anti-inflammatory effects.

CD4 T-cells are regulated through both local and peripheral metabolic shifts by intrinsic and extrinsic factors. Th2 cells respond to the type and availability of nutrients and are inhibited by mTORC1 activation and leptin secretion, whereas they are enhanced by adiponectin and APMK.

Obesity provides a nutrient-rich environment to T-cells, especially fatty acids, in AT. The Th1 proliferation in AT inhibits Th2 cell proliferation and function. Th2 cells may be protective against insulin resistance and systemic inflammation. Conversely, glucose levels are low with malnutrition.

In essence, obesity disrupts the homeostatic environment in favor of a proinflammatory Th1 bias, the step forwards, while Th2 cells cause a step back from obesity.”

Further studies are required to understand how glycolysis and oxidative phosphorylation are used throughout the immune response to different stimuli. Yet, the role of AT as an immune organ is evident, with obesity appearing to be a promoter of a Th1-biased phenotype, thus leading to chronic low-grade inflammation.

It is important to understand how this polarization occurs in response to shifting metabolic pathways. This is particularly important for researchers interested in establishing a timeline for glycolysis and OXPHOS during the immune response.

These findings could help develop future immunotherapies for an array of conditions based on the type of T-cell to be stimulated. For instance, Th2 induction by helminth antigens might help reduce obesity-linked inflammation and disease.