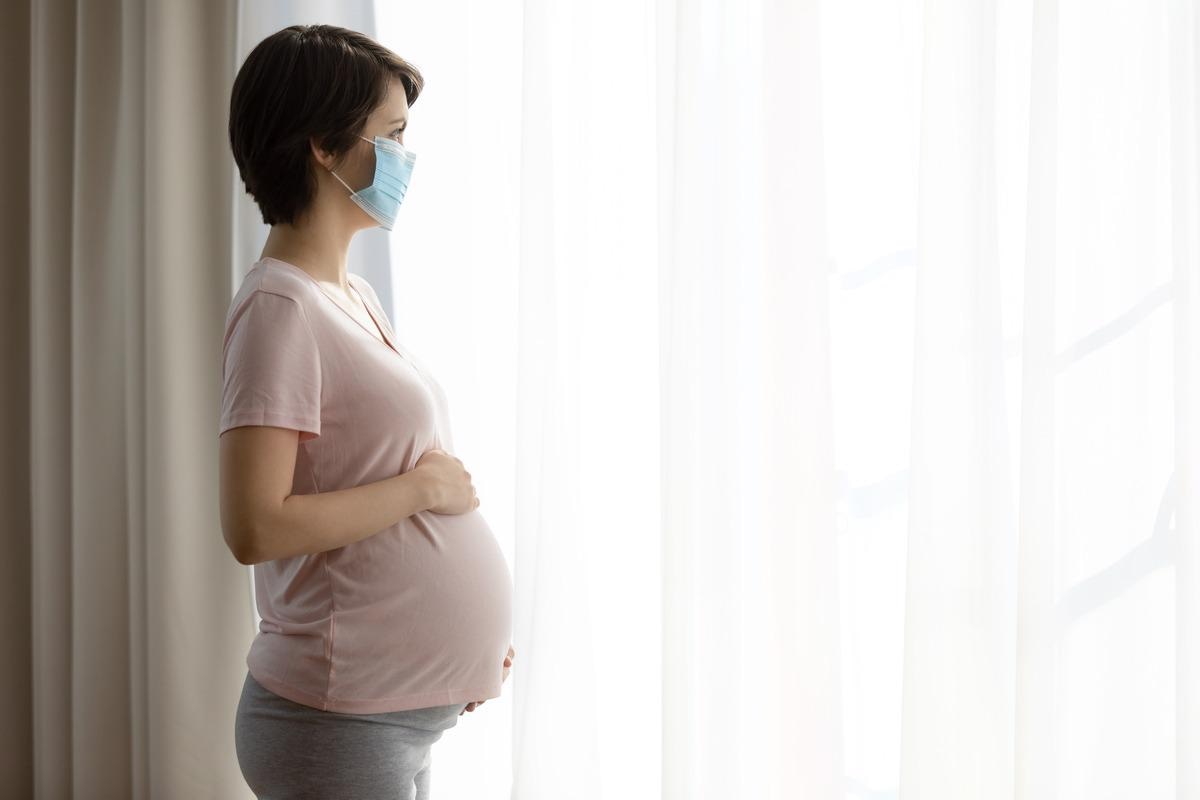 A recent study posted to the medRxiv* preprint server evaluated the molecular and histopathological effects in the placenta following a severe acute respiratory syndrome coronavirus-2 (SARS-CoV-2) infection during pregnancy.

The immune system of females during pregnancy undergoes dynamic changes promoting fetal tolerance. According to some studies, pregnant females with severe COVID-19 are at a higher risk of admission to intensive care unit (ICU), extracorporeal membrane oxygenation, mechanical ventilation, and mortality than non-pregnant individuals. Another study reported that active COVID-19 infection at delivery is associated with neonatal and obstetric complications.

SARS-CoV-2 uses the host angiotensin-converting enzyme 2 (ACE2) receptor and transmembrane protease serine 2 (TMPRSS2) to enter host cells. During pregnancy, placental syncytiotrophoblast and cytotrophoblast cells express ACE2 and TMPRSS2. However, vertical transmission of SARS-CoV-2 to the fetus is rare, with just a few reports of SARS-CoV-2 in fetal compartments of the placenta and newborns.

About 45 participants from the Generation C study were included, of which 15 were IgG positive, and 30 were IgG negative. Two IgG-positive subjects were SARS-CoV-2 positive at the time of delivery admission. The median gestational age of the IgG serological test was 35 weeks. All deliveries were live births, with 37 at term and eight at preterm. No differences were observed in gestational periods between the study groups, with a median gestational age of around 39 weeks for neonates at the time of delivery. In the negative IgG cohort, 66.7% of newborns were males compared to 33.3% in the positive IgG cohort.

For gene expression profiling, 44 samples, 29 from IgG negative group and 15 from IgG positive participants, were analyzed for 48 genes. Nine genes were removed from differential gene expression analysis because they were below the background level in both cohorts. These were host cell entry genes like TMPRSS2 and ACE2, stress and immune response genes such as IL17A, IFNL3, IL23A, IFNA1, ORPM1, and SARS-CoV-2’s N and E genes. Three genes were associated with IgG serological status when the SARS-CoV-2 IgG status was adjusted for covariates.

The authors noted that the trophoblast cell marker genes CGB3 and PSG3 were downregulated, and CXCL10 was overexpressed compared to the IgG-negative participants. When the gene expression analysis was adjusted for cell-type proxies and covariates, IgG positive state was correlated with increased CXCL10, DDX58, and TLR3 genes.

The current study evaluated the effects of a COVID-19 infection during pregnancy by assessing molecular and histopathological changes in placentas and found differences in trophoblast specific and immune response genes between IgG positive and IgG negative subjects. Placental expression of CGB3 and PSG3 were lower in IgG positive subjects relative to IgG negative participants.

PSG3 secreted during pregnancy into the mother’s circulation is implicated in angiogenic and immunoregulatory functions. CGB3 codes for the beta 3 subunit of human chorionic gonadotrophin (hCG) hormone were involved in maternal immunotolerance and angiogenesis. CXCL10, a pro-inflammatory chemokine, was higher in IgG-positive subjects. Besides, TLR3 and DDX58 genes were overexpressed in placentas from IgG-positive participants.

Although the study participants were demographically diverse, the sample size was limited, with a relatively small number of placentas from IgG-positive subjects. Also, there is no data regarding the time of COVID-19 infection, clinical severity, and serological status of the neonates. Thus, more research is required to investigate the changes of the whole placental transcriptome.

medRxiv publishes preliminary scientific reports that are not peer-reviewed and, therefore, should not be regarded as conclusive, guide clinical practice/health-related behavior, or treated as established information