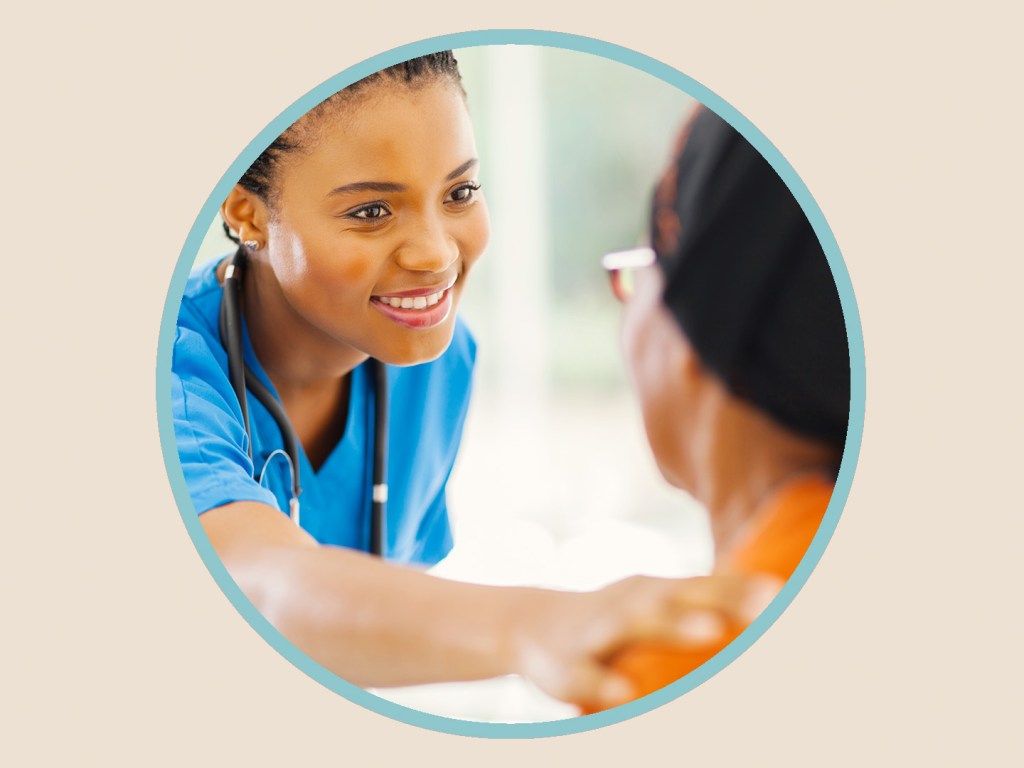 Fractured, disjointed, broken, steeped in systemic racism. These are all words used to describe the inefficiency and ineffectiveness of the American healthcare system long before the COVID-19 global pandemic. Now entering the third year of pandemic life and an unending public health crisis, the problems that existed before have only been magnified.

“Healthcare has always been very disjunctive [and] mental health care has never been involved,”  said Irnise Williams a registered nurse and health law attorney. “Everything is very pocketed where you can get one service here, one service there, but nothing is holistic. Nothing is coordinated. Nothing is together so it’s always been a struggle.”

The American public healthcare system is on life support. Facing shortages of both doctors and nurses there are not enough providers and practitioners to take care of all the people who are in need of help. Reasons for the shortages include burnout and lack of access to mental health services. Of the providers who are available, diversity is lacking among the ranks and many are forgoing family medicine for specialties to be able to make a decent living and tackle their hefty burden of student loan debt. Small, rural health systems are also facing bankruptcy and closing.

As for the patient populace most impacted by these tremors, they are Black and Brown communities and people who are one or two missed paychecks or a broken bone away from poverty. People who don’t have a way to access the equitable care they need because of lack of adequate transportation. Health literacy is also insufficient due to distrust and misinformation. And finally, discrimination within the medical system itself puts minority communities at a higher risk of death.

Understanding The Problem Before COVID

400,000. That’s the number of additional White people who would have to die from COVID to equal the number and rate of death of Black people in an ordinary pandemic year. Mortality demographer and University of Minnesota Sociology Professor, Elizabeth Wrigley-Field, studies how many people are dying and their causes of death. She wanted to know how the pandemic’s mortality compared to a normal, typical year. She said the 400,000 number was shocking to her, but that was not all.

“For white life expectancy to fall down to Black life expectancy—this is in normal non pandemic times—would take perhaps 700,000 or up to a million additional white deaths from COVID in one year,” Wrigley-Field said.

Her research found that Black and brown communities experienced pandemic levels of death every year before COVID.

Dr. NanaEfua Afoh-Manin MD, MPH, an emergency room doctor in Los Angeles said the biggest and most prominent issue in the American health care system is discrimination and racism: “When certain people of color show up, there is a perception of how their health is perceived, whether they’re rich or poor.”

When doctors and nurses don’t believe Black and brown people when they say they are sick or in pain, this is medical racism in its purest form.

“[But] that’s not the only way to think about what racism is doing,” Wrigley-Field said. She said that we must consider both the functions of racism and classism in our medical system by asking a series of questions:

Doctor Afoh-Manin said it this way: “There’s different people who live in Black and brown communities that are also impacted. But it is the ecosystems that are impacted the most.”

In looking at the other issues in the American medical system pre-COVID, issues of class and socio-economic status do become more prevalent in addition to race.

Williams said the public health system in the United States is challenging for anyone to navigate especially if they are impoverished, but even if someone is working class or middle class the system is still a challenge if there’s not extra money to supplement health insurance.

“If you had health insurance, many people struggled to pay their co pays or to see a specialist or to connect with the proper care due to the cost,” Williams said. “Even when you are on Medicaid or you have Medicare, that doesn’t cover dental and a lot of health care issues comes from people not getting access to quality dental care.”

Just as much as access to care is tied up in access to insurance, there are people in some communities who might have the insurance but they still don’t have the care.

Williams said, “If you go just 10 miles outside of any major city they start to consider those areas rural and there are no providers. There are no healthcare centers there and there’s no access so people can’t even get care if they wanted it.”

This scenario presents another issue of inequity and disparity in the provision of healthcare services. Transportation and getting to the care that you need. This is an issue for people who live in urban metropolitan areas as well as rural areas.

In a rural community access to care is compounded by lack of transportation and the lack of providers.

Williams said, “I think last year 10 rural hospitals closed and there’s like a projected 250 that are looking to file bankruptcy in the next year or so, so that access there is lost.”

But even if you don’t fit these descriptions, accessing healthcare and navigating the health care system can still be a challenge.

“They just can’t afford it. So they just don’t go.”

With palpable frustration Williams said, “Anyone who lives in a rural community. Anyone who essentially doesn’t have access to transportation, anyone who has a disability, anyone who is limited by any means for any situation all those people are highly affected. Then there’s people who live in inner cities who work in inner cities but are impoverished and are living so close on the edge. They just can’t afford it. So they just don’t go. And then there are people who are even middle class [who] have money but it’s like one mistake one broken leg could essentially

Almost everyone could face or deal with some sort of inequity when trying to get to the care that they need. But let’s say they manage to overcome all of the aforementioned challenges. When they arrive to a primary care doctor or show up in the ER a new set of challenges arise and they aren’t limited to what resources or illnesses the patient is or isn’t bringing to the table.

Doctor shortages, nurse shortages, lack of diversity among providers, clinicians, and staff, are all issues that affect patients.

“There has been a nursing shortage for forever,” Williams said. “Probably since the 60s or 70s, just due to the volume of patients that needed to be seen over the last 20 to 30 years.”

There’s also a shortage of doctors and nurses in primary care. That issue is twofold. One, low reimbursement rates by insurance companies to doctors for services provided. The low rates require doctors to see dozens of patients in a day just so they can bill enough services to make a living.

The most in demand areas for providers is in family medicine, pediatrics, endocrinology, and emergency medicine. But those four areas pay the least in terms of physician income. Dr. Afoh-Manin said medical school students weigh that information as they plot their career paths.

She said, “You become more and more informed by where you’re going to go by whom looks burned out, who looks happy, who paid off their loans who didn’t . . . As much as you have a heart for the community, you’re like, I got to take care of [my] family. So that doesn’t help us to create that workforce.”

Williams said people should’t be upset with medical providers who carry half a million dollars in loans going into a specialty area of medicine to become a surgeon.

“That’s the only way they can make enough money quick enough to pay off their student loans and afford a life that they deserve.”

For Williams this is a personal issue. “I was low income, I went to private college, and I owe thousands and thousands of dollars in student loans,” she said. “In order for me to get into a field where I’m helping someone I’m never gonna make more than six figures, but . . . I had to then take out $200,000 worth of loans!”

“Having Black and brown people as clinicians; we’re out here.”

“Having Black and brown people as clinicians; we’re out here,” said Dr. Afoh-Manin. “It’s hard for us to get through the pipeline . . . the highest percentage of student loan debt are graduate, Black women professionals.”

This is important because research has shown that when Black people see a Black doctor they live longer and have better health outcomes. This is true from birth on up through old age. A recent experimental study in Oakland by Harvard researcher Marcella Alsan et al.,  found that Black doctors reduce the gap in death from heart disease between Black and white men by 19%.

“That’s tremendous!” Wrigley-Field exclaimed. “Nothing ever makes that big a difference in health research.”

The number of doctors and nurses, diversity among the ranks, and the fields providers choose to practice in all affect how people can access care and what kind of care they receive. But the question remains, who’s caring for the healthcare providers? Often the unacknowledged fact of the matter is, some providers are simply walking away or worse.

“I think by the end of this year 500,000 nurses plan to leave the bedside,” Williams said. “Many of them are either starting businesses  or getting into other industries or simply figuring out how to live. . . or working a job that doesn’t require so much. Providers are kind of on the same thing.”

Williams, herself who is an RN and worked as a travel nurse stationed in New York at the beginning of the pandemic has left the healthcare field to run her own business.

From the provider standpoint, Dr. Afoh-Manin said it’s hard for doctors to feel helpless. Additionally, taking care of their own mental health is just as difficult as it is for people outside of the healthcare industry.

“I’ve known physicians who even before the pandemic, have a burden of . . . taking care of family being looked up to and put up on a pedestal knowing that they’re just carrying a lot of weight around and committed suicide,” she said.

This was the state of the healthcare before a global pandemic. These problems were only exacerbated by COVID.

This is the first in a two-part series ‘A Broken System’ on the state of healthcare for Black Americans before and during the pandemic.

And before you go, check out these awesome books that center Black women’s mental and physical health: