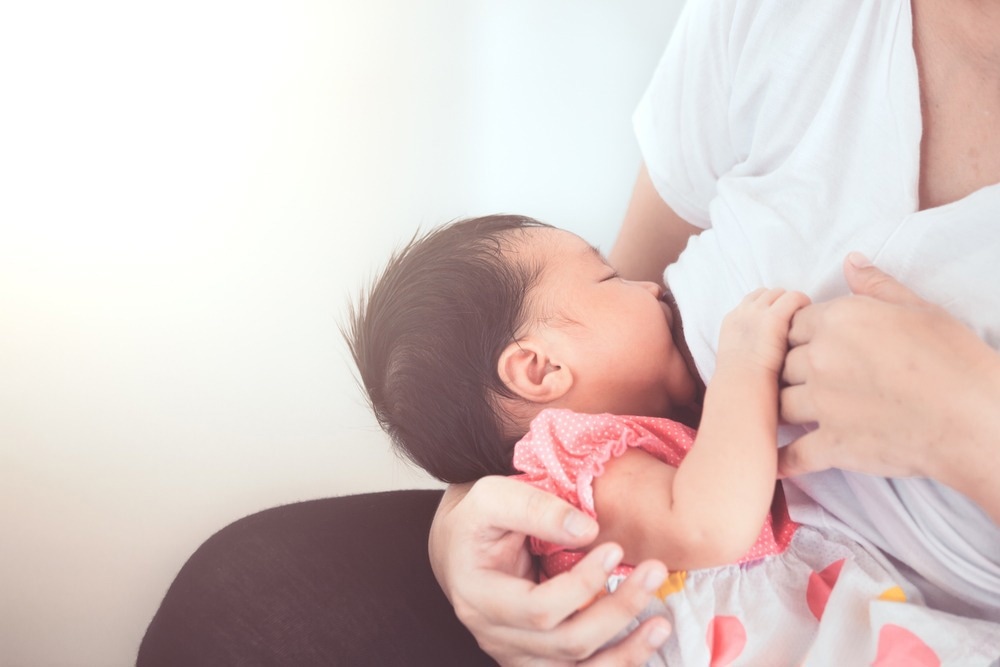 The coronavirus disease 2019 (COVID-19) pandemic has had a wide range of effects on multiple healthcare services. A new Women and Birth study discusses the impact of the pandemic on breastfeeding practices.

Breastfeeding is an important baby care practice that enhances child health and survival, while also supporting maternal health in both the short- and long-term. According to the World Health Organization (WHO), exclusive breastfeeding is recommended for the first six months of life; however, this recommendation is not followed in almost two out of three babies born on earth.

The WHO also supports breastfeeding when the infant is born to a mother with suspected or confirmed COVID-19, as long as the mother abides by appropriate hygiene measures to prevent transmission of the severe acute respiratory syndrome coronavirus 2 (SARS-CoV-2) to the infant through aerosols.

Breastfeeding provides both nutrients to the infant, as well as passive immunity through the transfer of antibodies, anti-infective factors, and both immunological memory and competence. The benefits of breastfeeding are particularly important when healthcare services and community support systems are disrupted.

Loneliness, lack of support, anxiety, and confusion were all reported to be increased among new mothers during the current pandemic. Coupled with reduced support from medical staff, this led to a negative impact on breastfeeding, according to some researchers. Comparatively, other researchers observed a positive trend, as mothers reported having more time with their babies.

The current study examines the decision to breastfeed and actual breastfeeding behaviors among women immediately after childbirth during the pandemic. By studying these practices in five different countries, the researchers looked at various potential risk factors and breastfeeding outcomes.

Of the over 3,500 postpartum women included in the current study, almost 90% had a term birth, 75% had been vaccinated against COVID-19, and 13% had been tested for the infection. Almost 60% were on maternity leave, with the vast majority of these mothers on paid leave.

About one in ten women in the current study had experienced food insecurity at some point during the pandemic and self-reported continuous food insecurity.

Almost 90% of women reported their intentions to breastfeed during pregnancy. These women were more likely to have one or more other children, have tested positive for COVID-19, and have a positive attitude towards breastfeeding.

The same proportion of women had been breastfeeding over the last 24 hours. While almost 75% of these mothers fed their babies directly from the breast, about 40% used expressed breast milk (EBM).

The proportion of breastfeeding women varied from 74% in Taiwan to 95% in Brazil. In the East Asian countries of Taiwan, Thailand, and South Korea, over half the women used EBM.

Interestingly, two of every three women who practiced direct breastfeeding, as compared to just over 50% of women who used EBM, continued breastfeeding as long as they had originally intended.

However, this proportion varied between countries, with up to 85% and 75% of direct-breastfeeding mothers in the United Kingdom and Brazil, respectively, reporting success in breastfeeding as long as originally intended, or longer, during the pandemic. Of these, women with higher education, those who had other children, as well as a negative COVID-19 test status at any point, were more likely to report these outcomes.

Similarly, women who gave birth vaginally and/or believed in the benefits of breastfeeding were more likely to fulfill or surpass their breastfeeding goals. For mothers who used EBM, being employed or on maternity leave predicted success, while a lower level of education and worsening or poor food security were negative indicators. For both groups, support by family, friends, online support groups, and/or medical professionals was a predictive factor in the ability of the mother to breastfeed for as long as they had planned to.

Most mothers in the current study were able to begin and continue breastfeeding during the pandemic for at least six months after childbirth. This corroborates an earlier study by these authors, wherein they found that mothers were able to ‘room-in’ with their babies and practice exclusive breastfeeding at a rate comparable to pre-pandemic rates.

About half the total number of participants were unable to breastfeed for as long as they had planned, which was similarly reported in earlier reports. The reasons for this need to be explored, but may include inadequate support for breastfeeding mothers, as well as a lack of social support and medical expertise to handle problems with breastfeeding.

The significantly increased success rate among those who used direct breastfeeding relative to those who used EBM, even though many mothers used both, may indicate the superiority of the former approach in supporting continued breastfeeding. Thus, providing information on the physical and emotional benefits of breastfeeding, as well as ensuring adequate food supply to expecting and newly delivered mothers, should be prioritized to promote good breastfeeding outcomes.

Early on in the pandemic, the initial reluctance of most healthcare providers to allow breastfeeding if the mother had suspected or confirmed COVID-19 was due to fears that the mother might transmit the virus to their babies. This might explain why mothers with a history of testing positive for COVID-19 were less likely to breastfeed as they had intended.

Regardless of whether mothers or their infants have suspected or confirmed COVID-19 or not, UNICEF recommends that mothers should be encouraged to breastfeed and practice skin-to-skin contact immediately after birth and during the establishment of breastfeeding.”