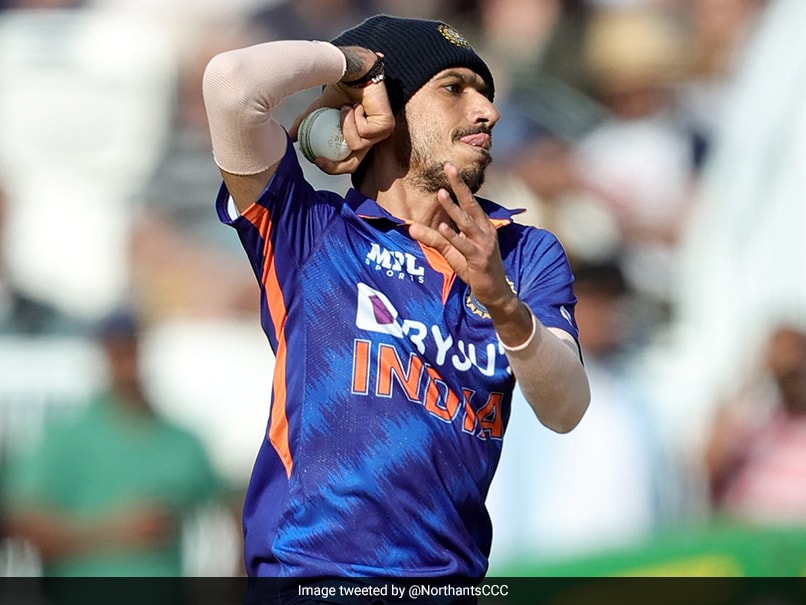 The Indian limited overs team, which won a T20I series in Ireland 2-0, has reached England and also played two warm-up matches while the senior players were busy battling it out against England in the 5th Test match at Edgbaston. The Indians first played against Derbyshire and then squared up against Northamptonshire.

In the second match, the Indians were bailed out of a tricky situation by Harshal Patel, who scored a fiery half-century down the order to help the Indians post 149/8.

Northants gave a great fight to the Indians and looked on track for the chase but a fine spell of bowling by leg spinner Yuzvendra Chahal, who picked up 2 wickets and gave just 25 runs in his 4 overs helped the tourists bundle out the county side for 139 to win by 10 runs.

The county posted a photo of Chahal bowling in a beanie and trolled the leg spinner with a funny caption.

“Respect for the spell. Even greater respect for bowling the spell in a beanie, in July,” the Northans social media team posted on Twitter with a photo of Chahal

Even greater respect for bowling the spell in a beanie, in July. ???????? pic.twitter.com/hnPQ5OaiOO

The post has since gone viral, garnering more than 4000 likes already.