Max and Jen sat across from me on the sofa. “What brings you in today?” I asked.

Max fidgeted nervously on the sofa.

“I’ll go first,” said Jen. “Max has erectile dysfunction. It’s gotten really frustrating for both of us. He never wants to do it anymore because he’s so worried he won’t get an erection.”

Max was looking at the floor.

“And I,” Jen started to cry, “just don’t feel like he even wants me anymore. I don’t feel loved or desired. It’s just devastating.”

“Tell me what things have been like for you, Max.” I said gently.

He shrugged. “I don’t know what happened. I never used to have these issues, but I’m 54 now, and I feel like my body just doesn’t respond the way it used to. Jen’s right. It’s turned into this huge thing. I’m so worried that I’ll lose my erection or won’t be able to get one at all that I’ve stopped wanting to have sex. Sex always came easily for us, but it just doesn’t anymore. I really don’t know what can be done at this point.” 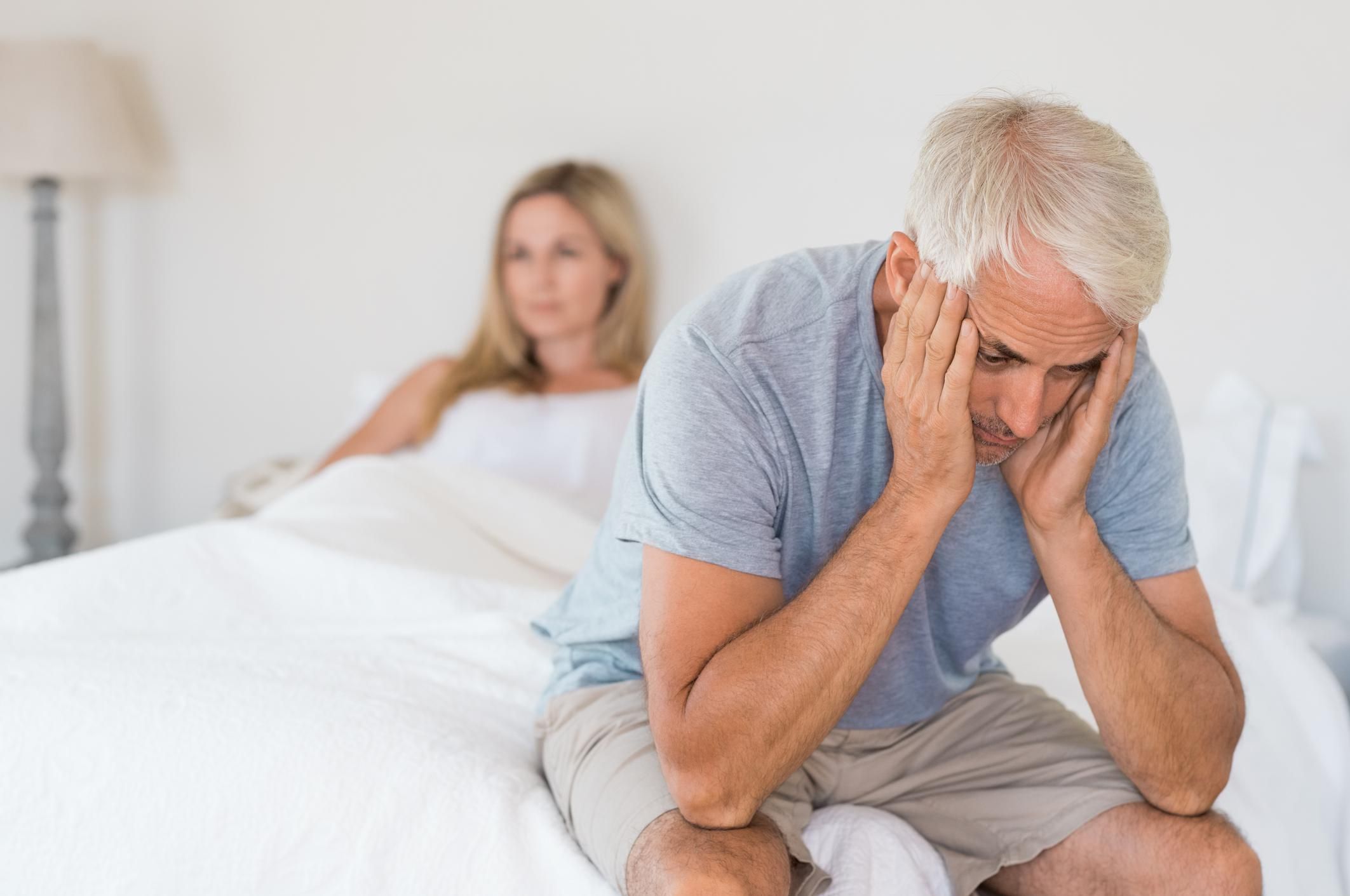 I explained to Max and Jen that erectile dysfunction is the most commonly treated male sexual problem and that it’s estimated that it affects over 30 million men in the United States.

“Those numbers are most likely even higher,” I said, “but men don’t often want to admit they struggle with this. You certainly don’t see it in the movies or on TV, and most folks don’t receive guidance on how to cope with sexual difficulties as part of their sex ed. Because of the shame involved, most people don’t feel comfortable reaching out to their friends for support. That can make people feel lonely and helpless.

“By the way, I don’t like the word dysfunction,” I told them. “It overly pathologizes the person experiencing the issue, and truthfully, it’s rarely the most accurate word. I prefer the word difficulty. Most people, at one point or another, are going to experience a sexual difficulty. How you work as a couple through that difficulty is one of the strongest determining factors for it evolving into a full-fledged dysfunction versus an occasional hurdle that can be navigated jointly.”

Max turned back to me. “I mentioned it to my doctor, and he wrote me a prescription that was supposed to help. I take it every now and then, but it doesn’t work every time. Jen doesn’t like the fact that it takes away from the spontaneity,” Max said.

“Interestingly,” I said, “medications don’t always work if anxiety is too high. It sounds like you’ve developed anticipatory anxiety. What this means is that you go into a sexual experience already thinking you won’t be able to get an erection. This increases your anxiety, which is a huge block for sexual arousal. We’ve got to work on reducing your anxiety. Tell me what it was like the first time this happened.”

Max painted a picture I’d heard so many times before. “It was awful. We were on vacation, which is usually when we have the best sex. I don’t know why, but I lost my erection in the middle of it. Jen freaked.”

Jen watched Max as he relayed the story.

“I just can’t get that image out of my head. The look on her face. I love her and the last thing I want is to disappoint her.”

“What would happen if we relabeled this whole thing not as a sexual dysfunction, but as a dysfunctional coping strategy to an unexpected problem?” I suggested.

“What do you mean?” Jen asked.

I explained to Max and Jen that we’re force fed the idea that sex should be effortless, and people aren’t taught how to cope with sexual difficulties when they arise. This leaves most couples ill-equipped to handle issues when they inevitably happen. What Jen and Max experienced happens so often. It’s not usually the sexual difficulty itself that causes distress — it’s the way each partner reacts to it.

I presented them with an analogy that I thought might help. “Imagine you’re at your favorite restaurant where you always order the filet,” I said. “It’s cooked perfectly every time, and you always look forward to it. But one night, the waiter politely lets you know that they’ve run out of the filet. Do you look at him with horror or tears or leave the restaurant? Do you feel anxious every time you go to the restaurant because you’re worried they won’t have it again? Most likely not. If you’re like most folks, you’ll probably be disappointed but won’t skip a beat before returning to the menu to make another selection. And you’ll most likely enjoy your meal. It would be helpful for you to have the same attitude when it comes to sex.”

It’s not that couples who maintain high levels of sexual satisfaction have effortless sex, it’s that they know how to navigate sexual problems when they do come up. They have a go-with-the-flow attitude and don’t worry too much about things like loss of an erection or an elusive orgasm. If the issue persists and they need to check in with their physician or a therapist, they do — because they know we all need guidance from time to time.

They don’t place blame or take undo responsibility for problems, but rather see them as issues that all couples face. They tackle them jointly. And most important, they maintain an open mind about the many things they can enjoy sexually. If your sexual script is too narrow, you’re more likely to feel lost when something isn’t available.

I encouraged Max and Jen to re-engage sexually but told them to avoid intercourse and not to try anything that required Max to get an erection for a while. I wanted them to create space to widen their sexual script and rediscover each other in a way that was pleasure-focused, not goal-oriented.

I checked back in with them a month later.

“How have things been?” I asked.

“I got so turned on watching her get turned on that my erections came back,” Max said. “It was nice to shift the focus off my penis for a while. We had fun exploring things we hadn’t done in a really long time, and that gave us an opportunity to reconnect in a way we didn’t even know we needed.”

Jen added, “I think we’re both less worried about Max not getting an erection from time to time. We weren’t just reminded of how many things we can do to create pleasurable, meaningful sexual experiences together, we were also reminded how much we love each other.”