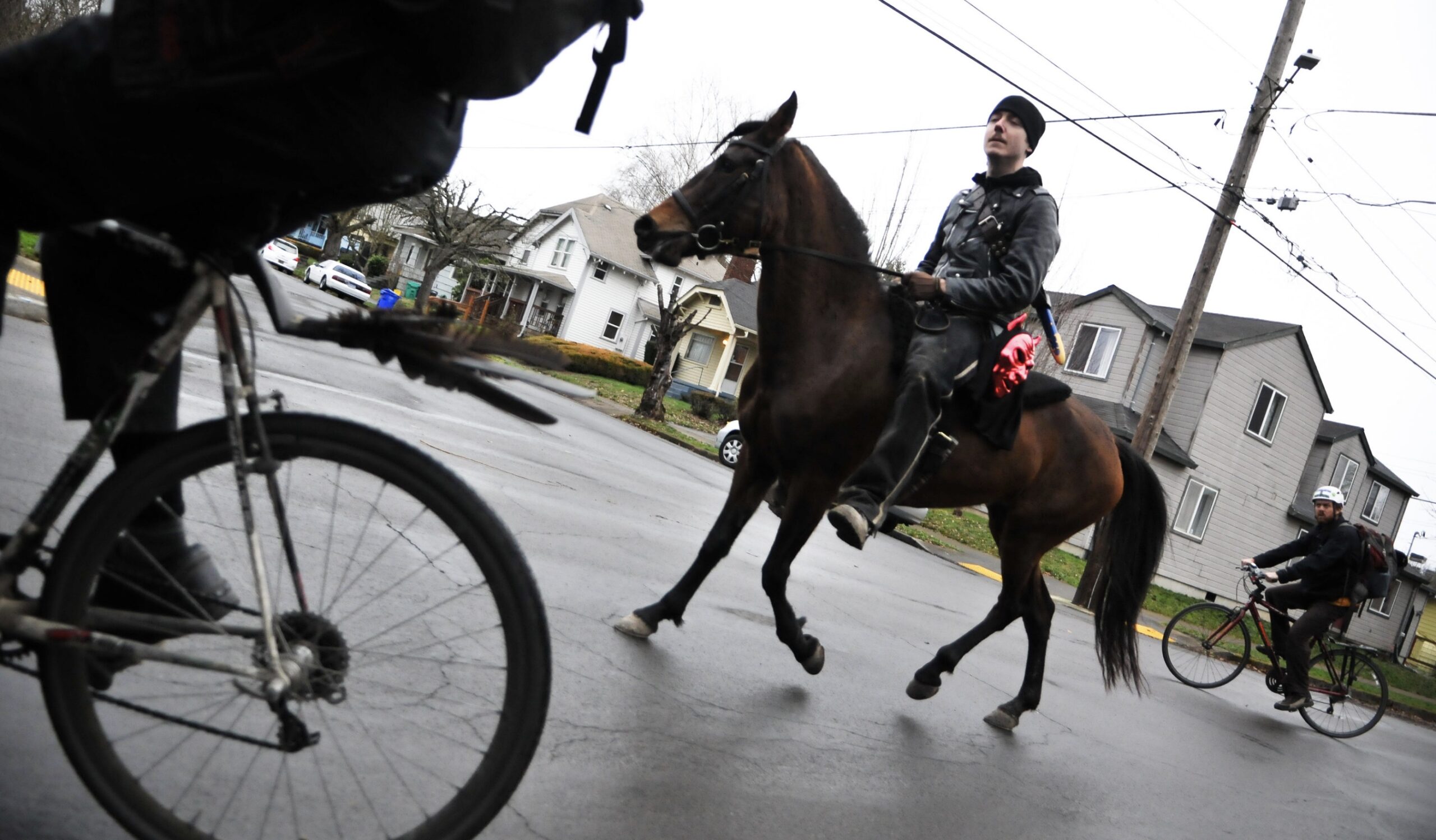 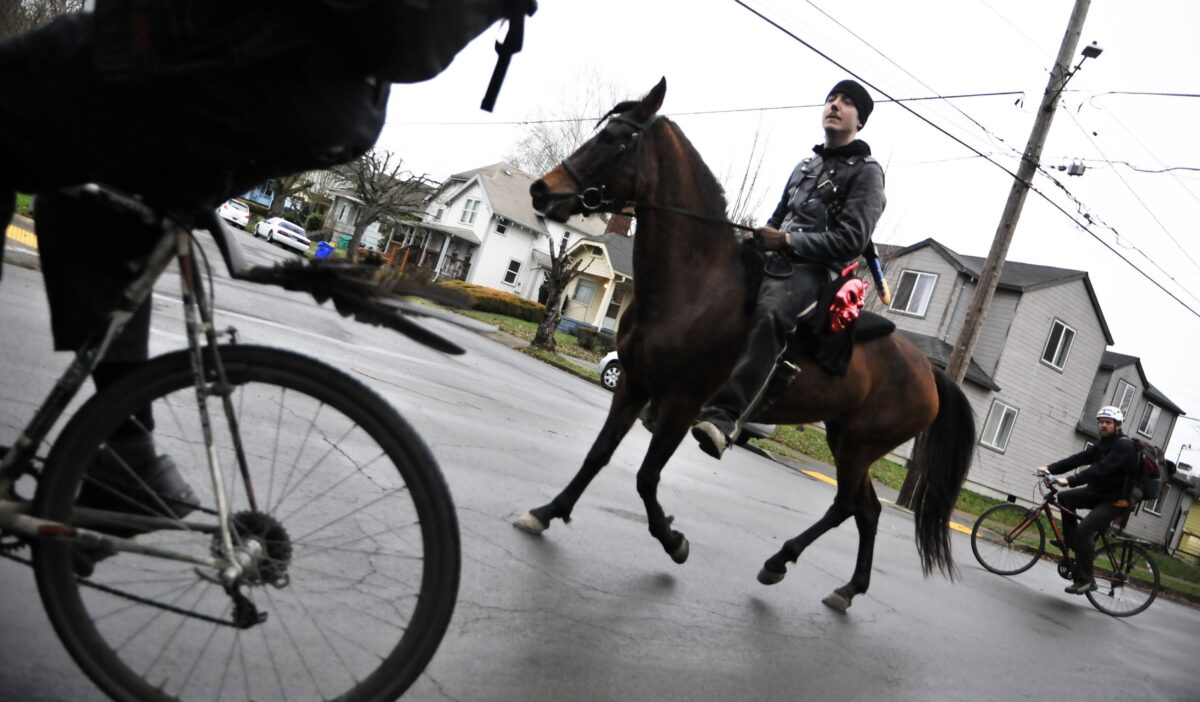 Step off the bike pedals, folks. There’s a new mode of transportation in town.

We all love biking. But we’ve gotta admit…it can get a little tiring sometimes. There are days where I feel like just kicking my feet up and relaxing a bit.

So, we at BikePortland have developed the perfect solution: a horse and buggy sharing program. Just download an app, scan a QR code on the horse’s back and hop in! Biketown, Lime? Are you listening? This could be a pretty big money-making opportunity for you guys.

“We don’t have time for this,” a Portland Bureau of Transportation spokesperson said when we asked them what they thought. “Please find something else to do.”

Everyone knows how much people driving cars in Portland love getting “stuck behind” a bicyclist going 10 miles per hour on a neighborhood greenway. Well, how about a row of horses trotting along at four mph? I can think of no better way to get people out of their cars than making it impossible to drive without having to be at the whims of large mammals that have taken over the streets. 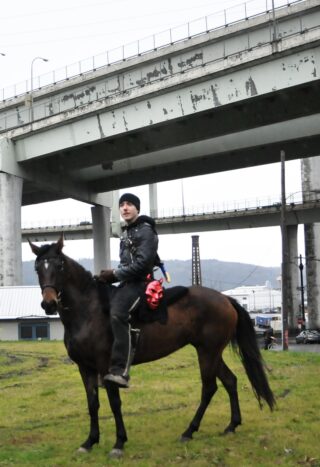 There’s a lot of nostalgia for the Portland of yore nowadays. How far back do you want to go? We used to be a horse and buggy town. Hell, the Elk fountain that’s causing such a hullabaloo was originally meant as a place for horses to quench their thirst as they carted people around the city.

Well, forget simply reconstructing a historical monument: let’s take it all the way back to 1900! This would be the perfect chance to put up even MORE fountains. If we can get Portland to a 25% horse mode share by 2030, do you even know how many fountains we’d have an excuse to put up? We could have one on every corner. Every architect and sculptor south of the Columbia River would be swimming in cash.

In order to make horse and buggies accessible to all, I’ve heard tell Rep. Earl Blumenaeur is considering adding a horse rebate to his e-bike tax credit proposal.

There’s really only one main problem I can think of. But, hey, Portlanders love compost and gardening, right? Everybody could use some more, ahem, fertilizer.

We’ve never really considered how car culture makes horses feel obsolete. Ever since the days of Henry Ford’s assembly line, we’ve alienated the beautiful creatures and relegated them to mere racing animals. I can think of no better way to honor their worth and combat climate change at the same time.