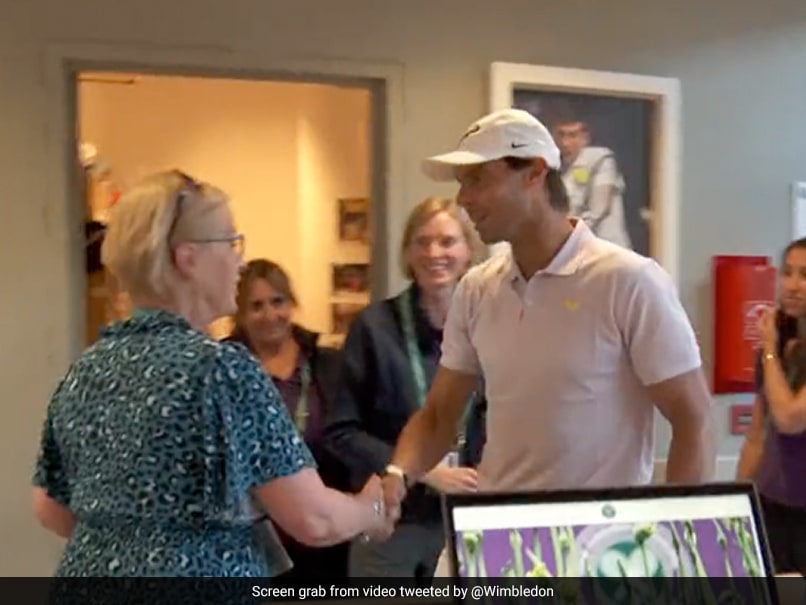 Rafael Nadal’s bid to clinch a third Wimbledon title and a record-extending 23rd Grand Slam suffered a heartbreak when the player pulled out from the ongoing edition of the tournament hours before his semi-final match against Nick Kyrgios. Nadal was set to face the Australian tennis player on Friday but he decided to skip the game a day before due to injury. He had suffered a muscle tear to his stomach which had aggravated during his quarter-final match against Taylor Fritz. However, Nadal eventually managed to win the match on tiebreaker with the entire contest lasting for four hour and 21 minutes.

The Spaniard had been suffering with his stomach muscle for about a week and the pain in his abdomen became almost unbearable during the first set of the match against Fritz. From wearing a tape on his abdomen to taking a medical timeout, Nadal did every possible thing to complete the match against Fritz. However, his injury forced him to retire from the tournament after the match got over.

Wimbledon later shared a video on social media in which Nadal can be seen thanking all the people involved in the organization of the tournament.

“As everyone saw yesterday I have been suffering with a pain in the abdominal and something was not OK there. That is confirmed, I have a tear in the muscle,” said Nadal after he withdrew from the tournament.

“It doesn’t make sense to go (on), even if I try through my career to keep going. It is very tough circumstances but it is obvious if I keep going the injury will be worse and worse,” he added.