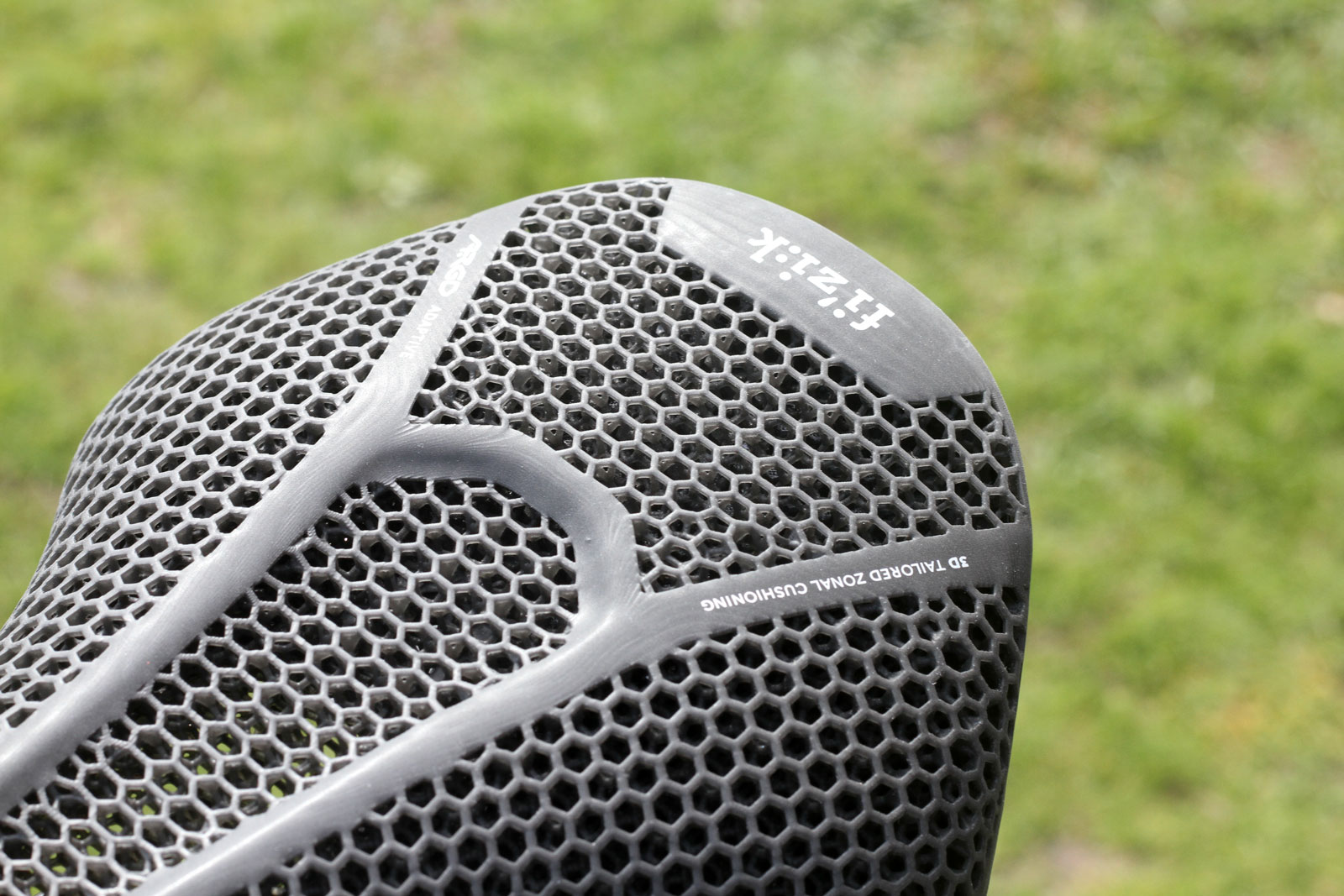 Fizik has added an all-new 3D printed model of their Argo road saddle, weighing a claimed 190g in its 140mm width option with carbon rails. The Fizik Argo Adaptive gets the same 3D printed honeycomb lattice seen on the Antares Versus EVO 00 saddle, with its so-called “zonal cushioning”. We spotted this one at the CORE Bike Show where Hannah Wilson, representing Fizik’s UK Distributor, Extra UK, gave us a first look. 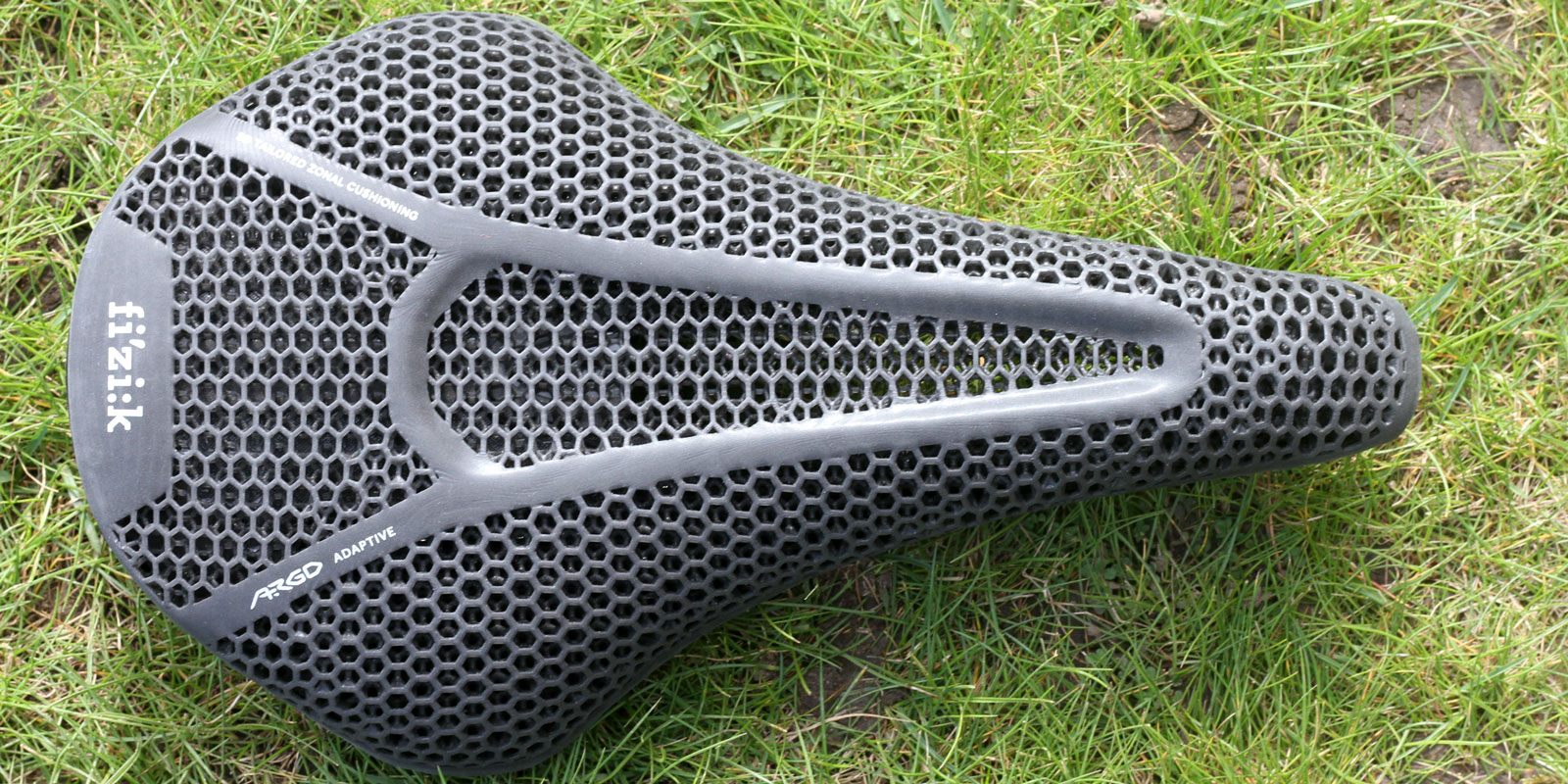 The Argo saddle was originally developed in collaboration with bike fit expert, Phil Burt, who coincidentally has most recently focused his attention on designing the EGM sole inside Endura’s new range of flat pedal and clipless mountain biking shoes. I digress… the Argo is Fizik’s short-nose saddle (265mm long) designed to encourage stability and to relieve pressure on soft tissue, particularly during periods of increased power output and when riders are in an aerodynamic position. The Fizik Argo Adaptive builds on that pressure relieving design with “zonal cushioning”, created using this 3D printed honeycomb lattice. 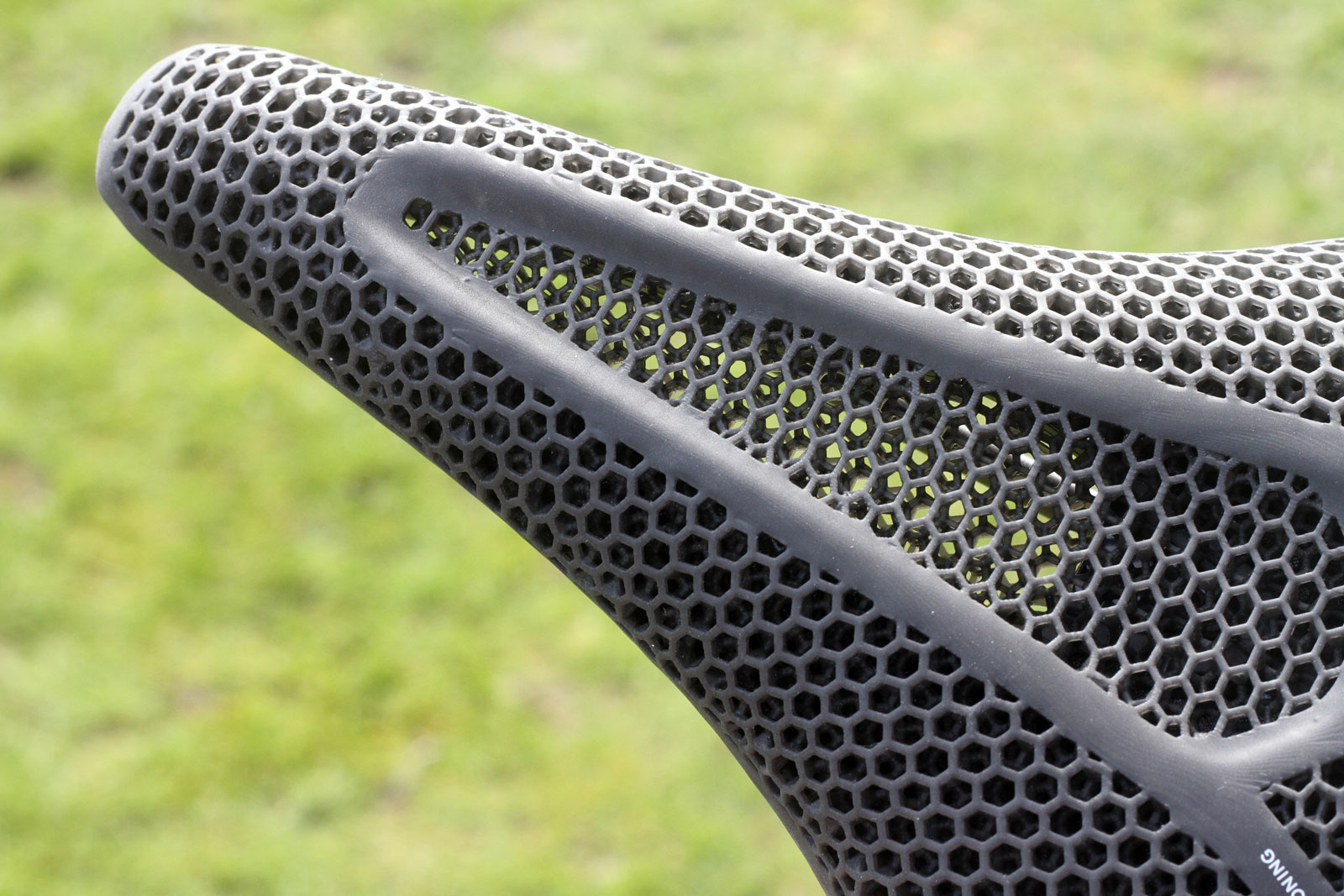 The idea is that the 3D printed lattice is more firm in places where the most support is required, i.e. at the sit bones, while it is much more supple at locations that take less load. In our hands, the difference in suppleness across these zones was super obvious; the sit bone areas are quite firm while the very back of the saddle is less firm. Meanwhile, the area that sits above the pressure relieving cut-out is super supple, as evidenced by the fact that you can push it down through the hole with relative ease. 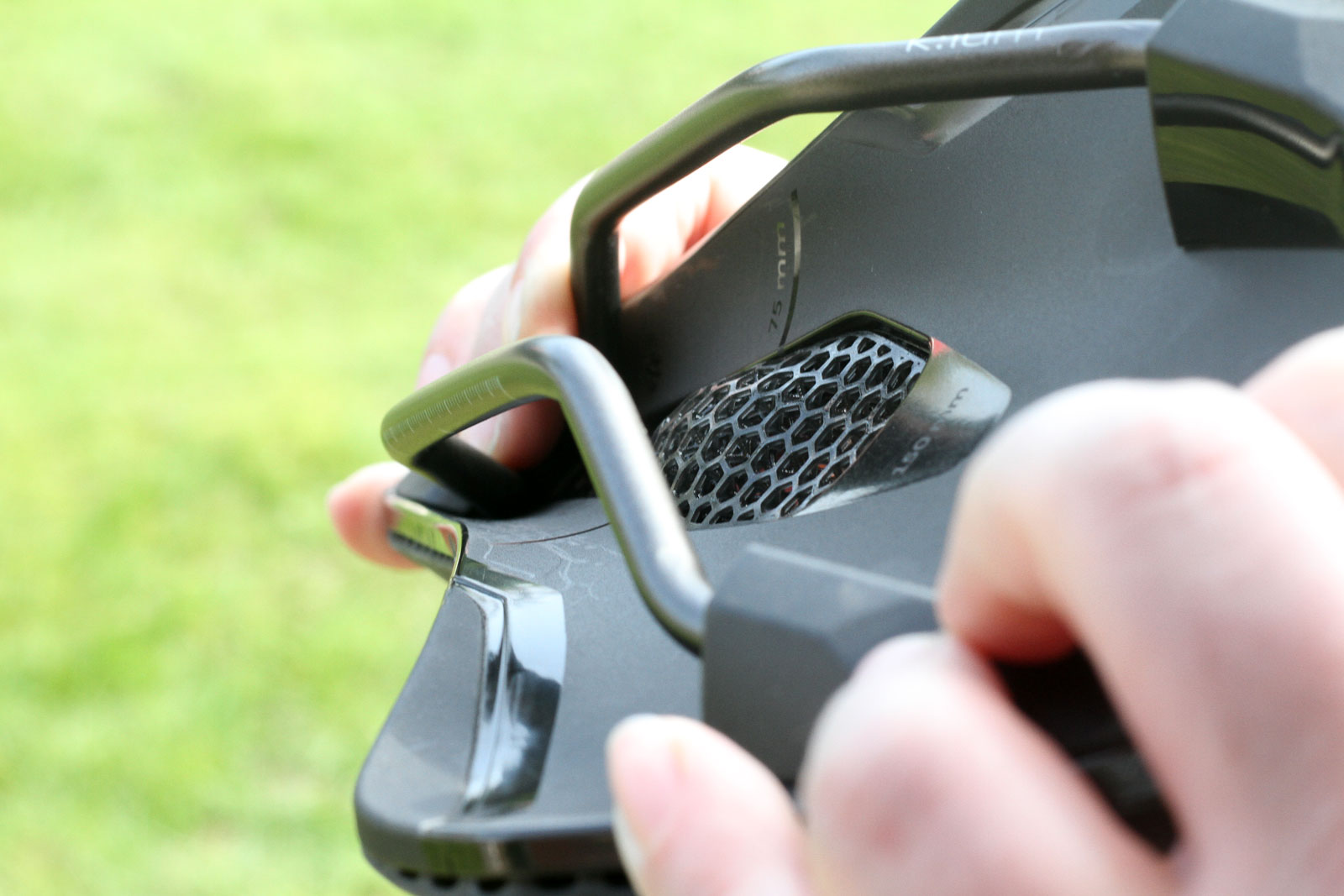 Fizik says the Argo Adaptive creates the perfect platform for those who want exceptional, long-lasting comfort on a versatile saddle that provides both stability and balance 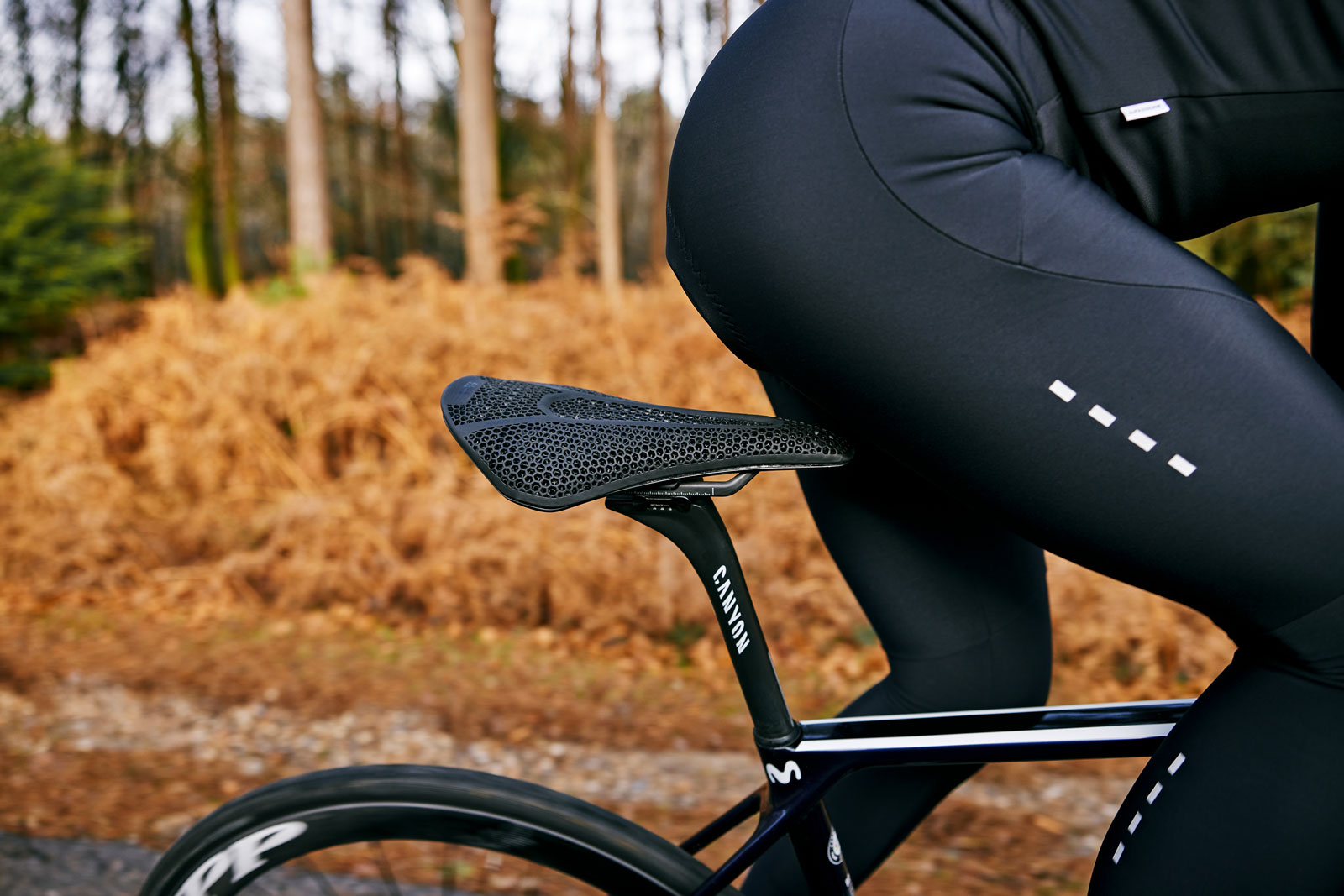