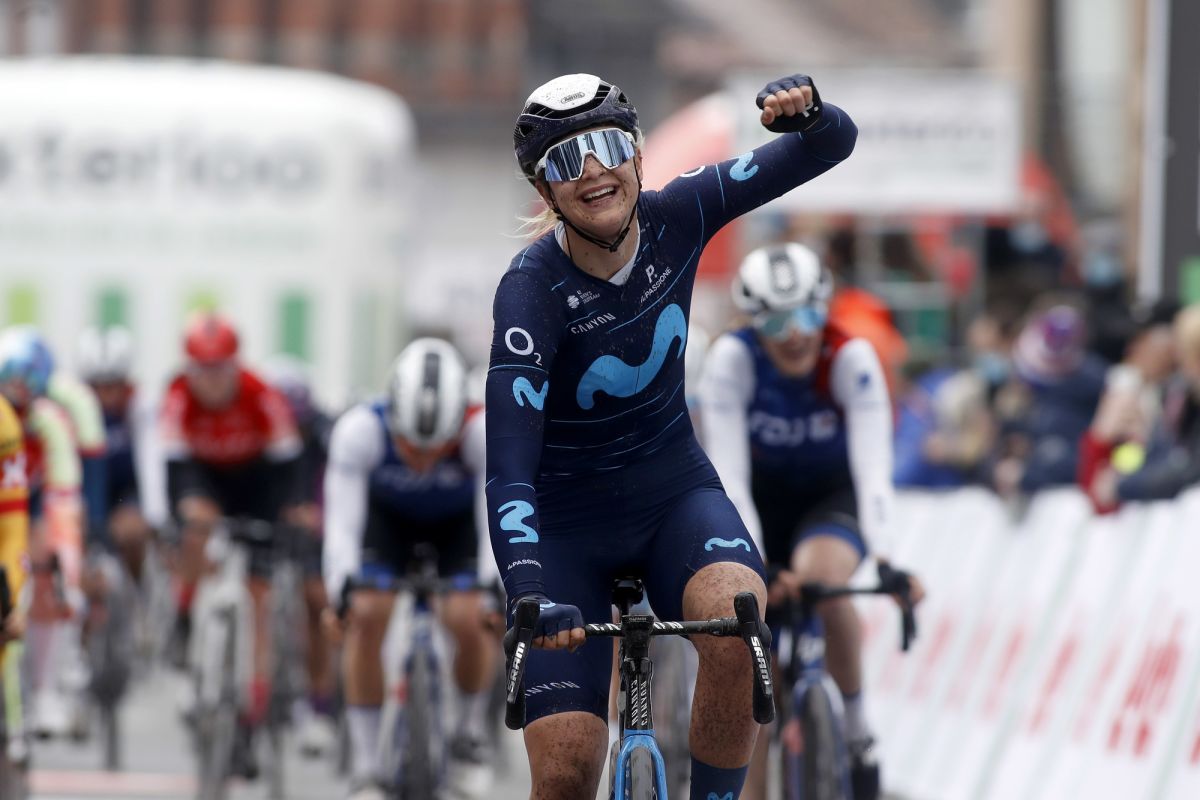 The Dane was the pre-race favourite after placing second a year ago, but the race looked to be slipping from her grasp as Shirin van Anrooij (Trek-Segafredo) and Vittoria Guazzini (FDJ Nouvelle Aquitane Futuroscope) jumped clear with 6km to go and extended their advantage on the final cobbled section on the Rue de Belle Vue.

That pairing maintained an advantage into the final kilometre, where Van Anrooij performed the pace-setting, but the long drag to the line ultimately proved their undoing. Indeed, despite Guazzini’s presence in front, it was an FDJ rider who opened the sprint behind, with Clara Copponi winding up her effort from distance.

Copponi was soon out-matched by Norsgaard, who accelerated smoothly to come past the two escapees within sight of the line.

Consonni battled to get on terms, but it was quickly apparent that she was racing for second place.