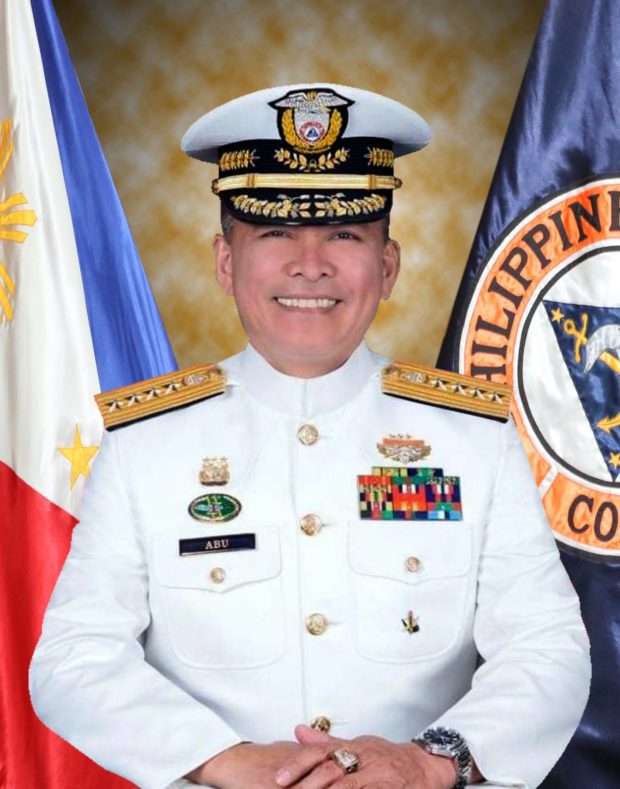 Photo from the Philippine Coast Guard

Abu’s promotion from vice admiral to admiral took effect on March 7, a week after he was appointed as the 29th PCG commandant.

The promotion came after Transportation Secretary Arthur Tugade issued a recommendation to the President. Abu is set take oath on March 10. 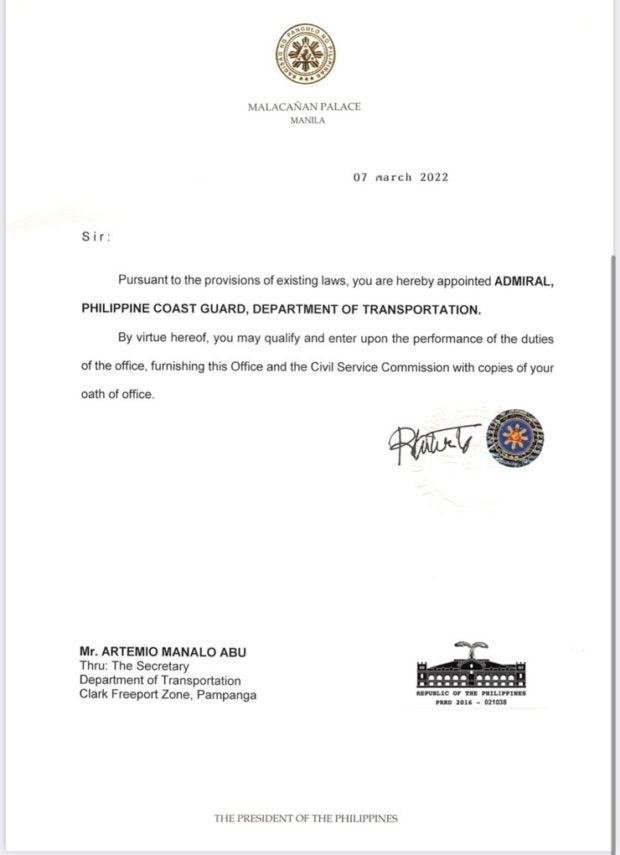 Photo from the Philippine Coast Guard

“Upon recommendation of Department of Transportation (DOTr) Secretary Arthur P. Tugade, President Duterte has approved the promotion of CG ADMIRAL ARTEMIO M ABU effective on Monday, 07 MARCH 2022,” the PCG said in a statement.

Abu showed appreciation to the President for the development.

“[Coast Guard] Admiral Abu expresses his sincerest gratitude to President Duterte and Secretary Tugade for according the said promotion, on top of their trust and confidence on his leadership and wisdom to oversee the PCG’s continuous expansion and modernization,” said the PCG.

Abu was assigned as commander of the PCG Districts Southern Visayas and Southern Tagalog, and the Coast Guard Education, Training, and Doctrine Command.

He also earned the “Command at Sea” badge when he served as commanding officer of various PCG ships. All units he handled got the “Best Unit of the Year” distinction at the national level.