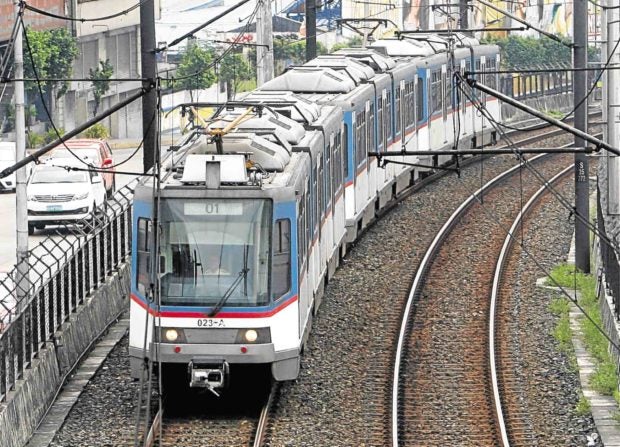 MANILA, Philippines — Despite bringing back passenger capacity to 100 percent, talking and eating remains prohibited while aboard the trains of Manila Metro Rail Transit System Line 3 (MRT-3), the Department of Transportation (DOTr) announced Monday.

The DOTr said minimum public health standards will still be implemented even as passenger capacity is increased to 100 percent starting Tuesday,  1.

(We will still strictly implement minimum public health standards in MRT-3, including the prohibition on talking, eating, drinking, and answering phones inside trains.)

(Facemasks are still required while wearing of face shield is voluntary.)

The DOTr said train and platform marshals will be deployed to ensure that passengers follow health standards.

According to the DOTr, 394 passengers can board an MRT coach—or 1,182 passengers for one train set—as passenger capacity shifts back to 100 percent.

This was an increase from the 276 passengers per coach—or 827 per train set—allowed under the 70 percent passenger capacity.

(The increase in passenger capacity is the response of the management of MRT-3 and DOTr to the increase in the demand for public transport as more establishments open in Metro Manila.)

Metro Manila and 38 other areas will be under Alert Level 1 from March 1 to March 15, Malacañang announced on Sunday.