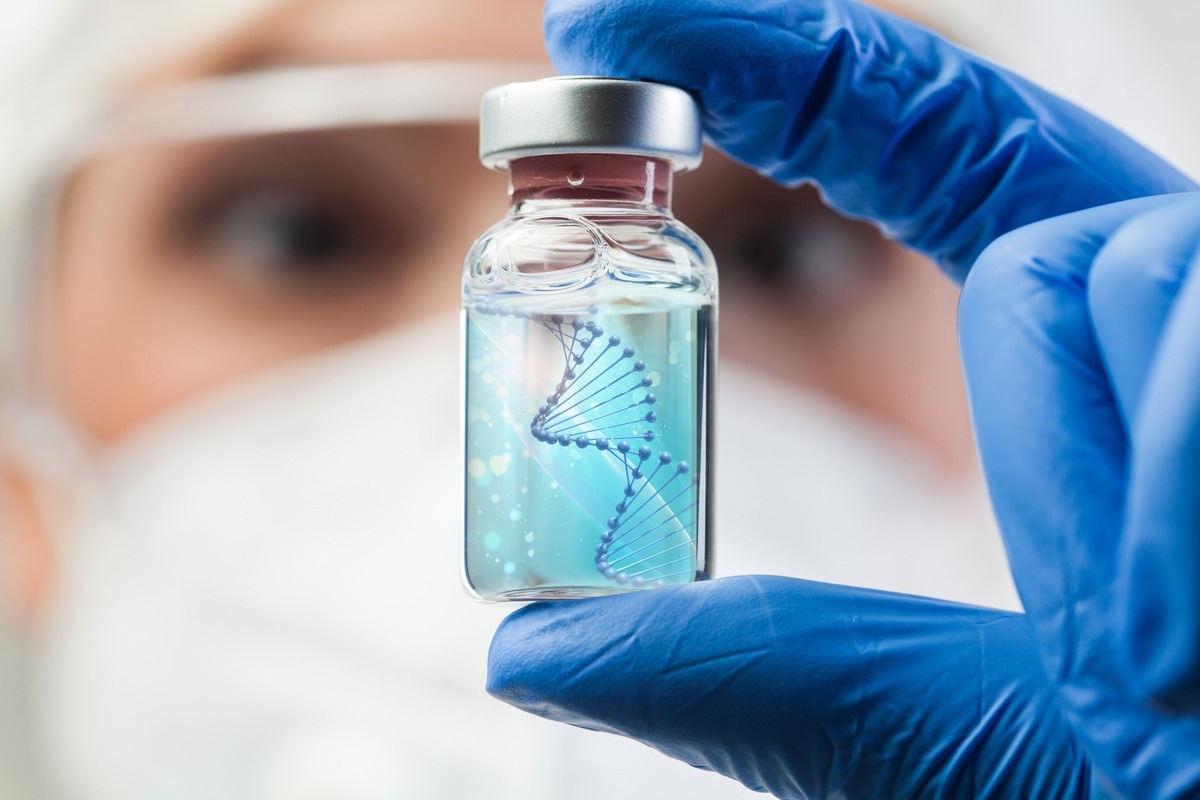 Various types of vaccines that attack different targets have been developed so far against coronavirus disease 2019 (COVID-19) infections. Among these, nucleic acid vaccines like the doggybone DNA vaccines (dbDNA vaccines ) have the advantage of fast production since these vaccines require only a viral antigen sequence that can be easily modified to elicit detected viral mutations.

The team developed a dbDNA and a plasmid DNA vaccine using similar SARS-CoV-2 S protein sequences. The vaccines nCoV-S(JET) and dbDNAS (JET) facilitate direct comparison between the immunogenicity of the DNA versus the plasmid vaccines. The team vaccinated hamsters with either 0.2 or 0.05 mg of the vaccines via jet injection. Immunogenicity was subsequently determined by a SARS-CoV-2 pseudovirion production and pseudovirion assay (PsVNA) performed after the first and second administration of the vaccines.

The protective efficiency of the dbDNAS(JET), nCoV-S(JET), and dbDNAS(ST-JET) vaccines were analyzed via the immunosuppressed SARS-CoV-2 hamster model. The immunized hamsters were immunocompromised by administering cyclophosphamide and exposing the animals to 1000 PFU SARS-CoV-2 via the intranasal route. The team obtained lung tissue samples nine days post-infection (dpi) which were assessed for viral ribonucleic acid (RNA) via real-time reverse transcription-polymerase chain reaction (rtRT-PCR) and infectious viruses with plaque assays.

The team also assessed whether the polyclonal antibody responses elicited by DNA vaccination with either dbDNAS(JET), nCoV-S(JET), and dbDNAS(ST-JET) vaccines displayed cross-neutralizing efficacy. A plaque reduction neutralization test (PRNT) was performed with the serum samples collected in week 5 against the SARS-CoV-2 D614G variant. The team also used variants including Beta, Epsilon, Iota, Delta, and Delta+ to test the neutralizing capacity of serum obtained from hamsters immunized with a high dose of either of the vaccines.

The study results showed that apart from one hamster vaccinated with the 0.05 mg dbDNAS vaccine, all the hamsters displayed neutralizing titers after the second immunization. The highest levels of neutralization were found in the dbDNAS and nCoV-S groups irrespective of the number of vaccine doses administered. The team noted that there was a remarkable increase in the PsVNA titers after vaccination with the second nCoV-S dose as compared to the mock-vaccinated control participants.

Assessment of the vaccinated immunosuppressed hamsters showed significant differences in the weights of all the hamsters vaccinated with the 0.2mg dbDNAS (ST-JET) dose between seven to nine dpi, the 0.2mg dbDNAS (JET) dose between eight and nine dpi, or 0.2mg nCoV-S (JET) dose at nine dpi. Furthermore, the geometric mean values of the infectious viruses and the viral RNA copies derived from the lung samples were lesser than those in the negative DNA control samples. Overall, this showed that the 0.2 mg dose of either the dbDNAS(ST-JET) or nCoV-S(JET) vaccines had a protective effect on hamsters exposed to SARS-CoV-2. This led to a reduction in weight, viral RNA, as well as infectious viruses found in the lung samples. Moreover, the protective effect was significantly lesser in the hamster vaccinated with 0.5mg of either the dbDNAS(ST-JET), nCoV-S(JET), or the dbDNAS (JET) vaccines.

The team also noted that the serological samples obtained from nCoV-S(JET)-vaccinated hamsters displayed the highest neutralizing titers against the D614G variant. Furthermore, there were no significant differences between the vaccine efficacies against different variants. Notably, all the three vaccines tested in this study induced cross-neutralizing antibodies against all the SARS-CoV-2 variants assessed. The response observed in the hamster vaccinated with the dbDNAS (JET) vaccine was substantially lower than that for the other two vaccines, with one hamster having anti-Iota antibodies and two having anti-Beta antibodies.